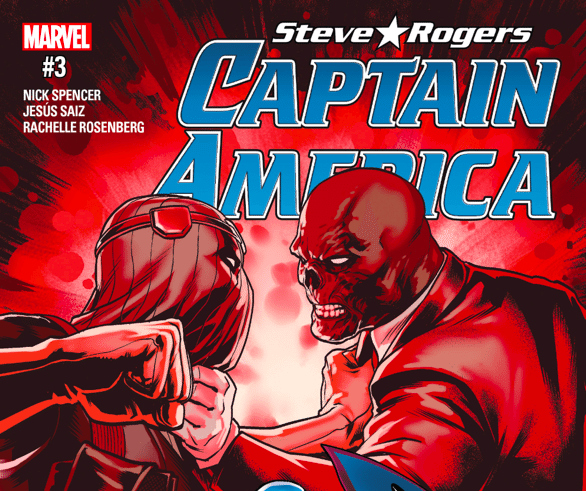 In its third issue, it would appear that CAPTAIN AMERICA: STEVE ROGERS is finally finding its footing. After a blundering first issue and a slightly sluggish second, this one amps up the excitement and intrigue thanks to some fun action and a continually twisting plot.

READ: Our review of the previous STEVE ROGERS issue and freshen up!

In the aftermath of the first issue’s climactic battle, Steve must now report back to his “supreme leader,” The Red Skull. While flashing back to the previous encounter with Jack Flag, we learn that Steve not only killed Dr. Selvig but allowed Flag to live, as well as let several other SHIELD agents get away clean. After suffering the wrath of Red Skull, it appears Steve may have some of his old heart left in him. 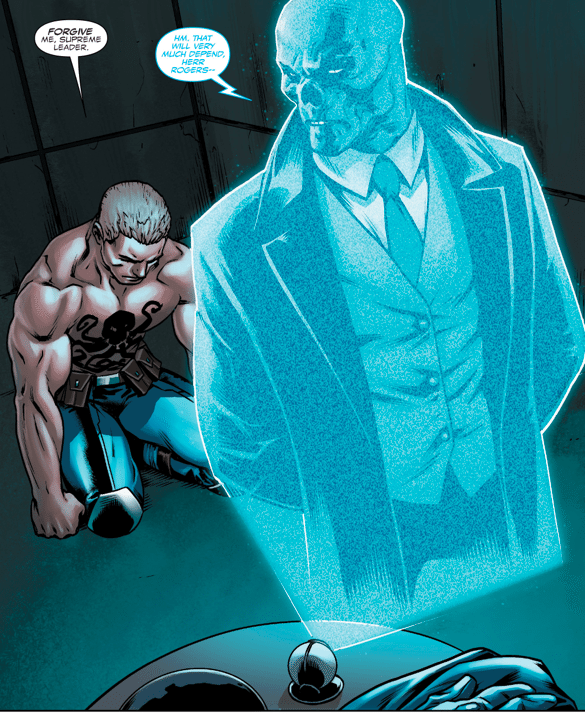 Writer Nick Spencer has a completely different kind of Steve Rogers, but it’s becoming one that’s entirely his own. There is no telling what Steve could do at any moment, and that dangerous kind of character makes the book fly by. Time will tell how committed to HYDRA’s cause this new Steve really is.

The issue gets off to a slow start, but as soon as it flashes back to Steve’s encounter with Flag and the others, there aren’t enough pages to satisfy our want for more story. The action is fast and the multitude of characters in this villainous setting make for one hell of a sequence. There are a lot of moving parts here, including several flashbacks to Steve’s childhood, but they’re all juggled well enough. The flashbacks may feel lengthy and unnecessary, but the story overall continues to promise a huge payoff to come. 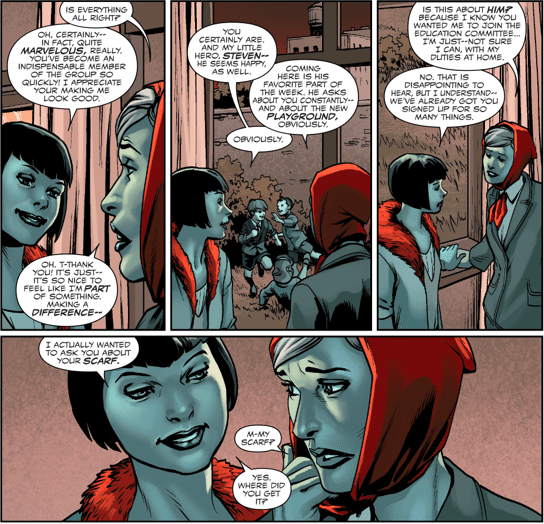 Jesus Saiz’s art continues to fail in comparison to what the story offers. Characters often look distracting thanks to some awkward facial expressions. His body language doesn’t do much to stand out or add heft beyond displaying what the characters are doing while they talk. It is not terrible artwork, and by no means detracts from the story in any huge ways. However, one can’t shake the feeling that the days where Steve Epting drew a beautiful and moody Captain America are long gone.

This book has been the subject of a lot of controversy. From its initial release, it flooded headlines and angered a lot of angsty comic book fans. Two issues later, one only needs to continue reading to see that it was all part of Spencer’s master plan. It’s an entirely new Captain America book, which may be what we need. Angry readers and plot twists aside, it’s a great bit of fun for fans of Captain America.