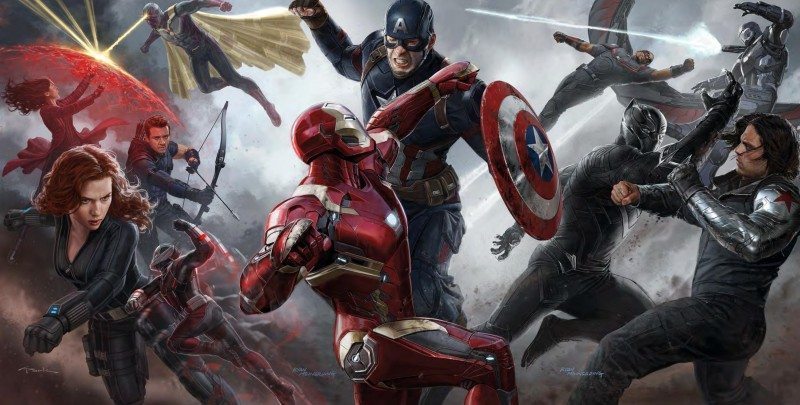 It’s safe to say that comic book fans have waited for this to happen for 10 years.

Since the release of Mark Millar and Steve McNiven’s 2006 classic CIVIL WAR miniseries, around which one of the largest and most beloved Marvel events was built, we’ve had a dream of something similar happening on the big screen. In the meantime, Marvel Studios has done the seemingly impossible and established an entire Cinematic Universe with 13 movies in eight years, all interconnected, with dozens of superhero characters played by a high-profile Hollywood cast. As a sequel to the critically acclaimed CAPTAIN AMERICA: THE WINTER SOLDIER, an introduction to new characters and new takes on all too familiar characters, a film that stars almost the entirety of the Avengers cast, and also a very personal movie about Steve Rogers, CAPTAIN AMERICA: CIVIL WAR certainly has a lot of expectations to live up to.

The movie almost immediately gets into what is probably the most important issue addressed: the ethics of collateral damage. For the first time in the MCU, our super-powered and heroic protagonists have to face the consequences of their nearly apocalyptic battles for the regular men and women who lost friends and family members in New York, Sokovia, and Washington, DC. The film reaches a level of seriousness almost immediately that has never been seen before in any of the Marvel Studios properties. On the one hand, it begs questions that have implications for our real world, but, on the other hand, it isn’t always entirely believable, given that these characters only now, all of a sudden start to worry about civilian casualties. That has never really been a topic of discussion in, say, the Avengers films.

CLICK: Superheroes and ethics? Check out our exploration of SPIDER-MAN‘s Uncle Ben’s views and their implications!

As the political issues emerge, the movie starts assembling its huge cast consisting of nearly every superhero ever seen in the MCU movies, in addition to first appearances by Black Panther and Spider-Man. What’s remarkable about the screenplay is that it grants nearly all of the heroes their own arc and enough screen time to develop naturally. Scarlet Witch, Hawkeye, and Vision, in particular, feel very human, even more so than in previous films, and the introduction of T’Challa and Peter doesn’t seem forced but instead fits just fine into the movie’s narrative flow.

Speaking of Spider-Man, while the age of Aunt May might be somewhat irritating and it’s too early to say whether Holland’s portrayal of the character surpasses Garfield or Maguire, you can definitely tell that Marvel has worked hard to make this version of the wall-crawler very true to his portrayal in the comics. And, believe me, he has more screen time than most of us initially expected. Black Panther, for his part, despite having an unusual background, is easy to get behind and develops a lot throughout the film. CIVIL WAR manages a big cast better than AVENGERS: AGE OF ULTRON and most of the X-MEN movies did, which is even more surprising given that this is supposed to be a Captain America film.

This is probably what’s most irritating about CIVIL WAR: its schizophrenic nature, especially during the middle of the movie, where it feels like it can’t decide whether it wants to be a WINTER SOLDIER sequel or AVENGERS 3. Pretty much its most important motif is the relationship between Steve and Bucky, which makes sense, given that this has been an important motif throughout the entire series. And while this storyline is somewhat connected to the Sokovia Accords storyline (with superheroes having to work for the UN), it’s more loosely connected than you might expect having watched the trailers. Things feel weirdly unrelated and inconsistent at times, even though all loose ends are tied together in the film’s finale.

With a huge cast like this and a lot of heroes set up against each other, breathtaking actions scenes are guaranteed, and CAPTAIN AMERICA: CIVIL WAR delivers what is promises. The Team Cap versus Team Iron Man battle scene at Leipzig/Halle Airport is as close as it gets to any comic book fan’s wet dream: staggering CGI, lots of fanservice, and amazing surprises. Generally speaking, the movie’s action sequences are well-choreographed, make use of the various superpowers in spectacular ways, and offer a lot of comic relief that you would expect from characters like Ant-Man and Spider-Man (which, fortunately, unlike in other Marvel films, is not too pushy and doesn’t get annoying).

The film’s antagonist, portrayed by German actor Daniel Brühl, is a very unconventional superhero movie villain. While Brühl’s great acting adds a lot of suspense to the flick and his motives might be somewhat understandable, his plan is extremely vague. He’s being set up as someone who wants to initiate the titular conflict between the heroes, and unfortunately, that takes away importance from the character’s individual actions and beliefs. While something like this worked in BATMAN V SUPERMAN, I don’t really see it being necessary here.

While the portrayal of the heroes-versus-heroes conflict is arguably one of the biggest strengths of the film, therein lies a major problem. The Russo brothers have stated before that, whereas the conflict in WINTER SOLDIER was a political one, the conflict in CIVIL WAR would be of personal and emotional nature. This does grant us a deeper insight into the main character as to what he’s willing to sacrifice for his friend. It’s also extremely believable, given that he associates the era he came from and the wonderful days they shared in their adolescent years with Bucky. Tony Stark, on the other hand, is a man who, despite being a genius billionaire, has lost so many things that were close to him and is only now losing one of his most important friends due to ideological differences. And, when he discovers a horrible secret, it’s all he needs to be pushed over the edge.

The downside to this is that the political debate underlying the superhero civil war is watered down and doesn’t become a recurring theme. The debate consists mainly of what we’ve seen in the trailers and clips in beforehand, many characters don’t get to reconsider their points from earlier, and we never really go in depth about the pros and cons of superheroes working for the United Nations.

This could have been a perfect continuation of the freedom-versus-security conflict from the previous installment. As we’ve already pointed out, what made the end of the Mark Millar CIVIL WAR comic so remarkable was the scene in which Steve Rogers surrenders to the police, admitting that this is an ideological argument he couldn’t win. He no longer fought for the people; he just fought for his own ideology. This is something the movie lacks entirely, and most of the characters just seem extremely stubborn and self-serving, unwilling to deviate from their original standpoints. In the end, there’s not really an adequate solution to the dilemma the film tries to address. After all, while the source material’s Captain America was a freedom fighter that stood up for what he believed and  eventually admitted his mistakes, the movies’ Captain America doesn’t learn his lesson and is willing to risk the lives of dozens if not hundreds—not even to stand up against injustice, but solely to defend his best friend. Without giving anything else away plot-wise, the film’s last few minutes just lack the punch of the last few pages of the comic book. 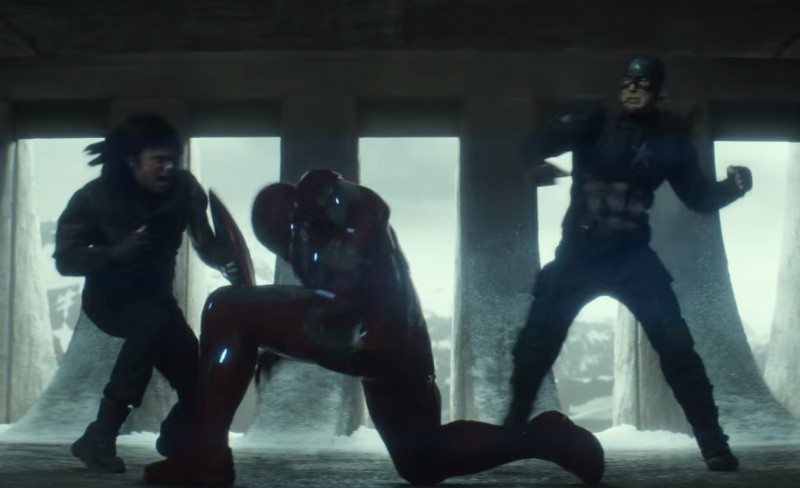 CAPTAIN AMERICA: CIVIL WAR lacks both the political awareness and strong ending of the source material, but even though it tries to be two movies at once and it doesn’t always quite fit, in the end, it works both as a finale to the CAPTAIN AMERICA trilogy and an introduction to Marvel’s Phase Three. Managing a huge cast, with amazing fight scenes, fanservice, and character insight, what the Russo brothers have delivered ranks among the strongest entries to the Marvel Cinematic Universe.