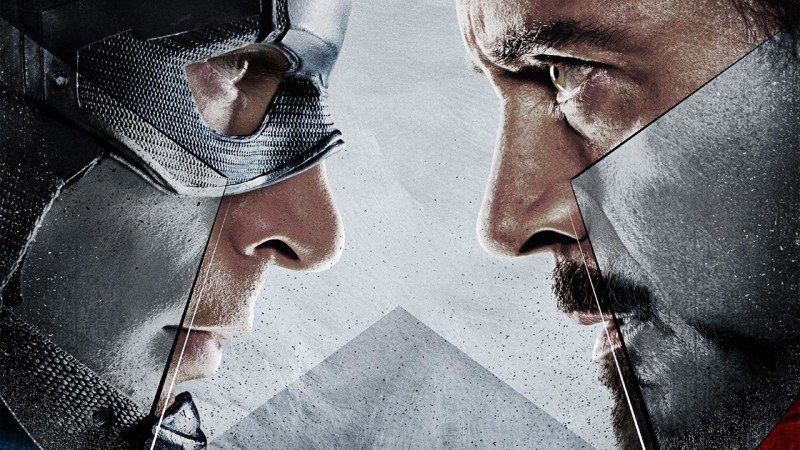 Like every other comic book fan last night, I screamed and cheered at the sight of Black Panther in all of his live-action glory while watching the CAPTAIN AMERICA: CIVIL WAR trailer. The costume was near perfect, and he commanded my social media feeds all day with his presence. And don’t even get me started on the relationship between Bucky and Captain America. It’s a perfect portrayal of their relationship coming out of the Winter Soldier arc. I loved it, and I guarantee you loved it as well. But, here’s my problem, this isn’t an adaptation of CIVIL WAR, and it shouldn’t be marketed as such.

Saying that, I can expect comments like this, “Matthew, you’re just another troll trying to ruin our fandom by making everything about your own opinion of the comics”, and I would wholeheartedly respect you thinking I’m being narcissistic and ignorant to fans of the Marvel films. Marvel fans of any medium have always been fascinated by the friendship of Tony Stark and Steve Rogers with their differences in perspective on social and personal issues. It is especially fascinating when they clash because nothing is more exciting than watching grown men beat each other half to death instead of talking about their emotions. And that’s exactly why a lot of people loved the original CIVIL WAR comic. It was a Clash of the Titans-esque situation where all of the Marvel characters argued and fought in a literal civil war.

READ: Need more CIVIL WAR in your life? Check out our analysis of the recent CIVIL WAR tie-in for SECRET WARS!

What most people forget, especially Marvel’s Creative Committee, is the reasoning behind said war. After a superhero reality television show took a horrible turn, hundreds of elementary students were murdered by a villain named Nitro who was running from the heroes. This brought about a question of identity into the Marvel universe. It brought about the Superhuman Registration Act. If you wore a mask, powers or not, and tried to save your neighbors or the world, you needed to register your identity with the government and work for them. The bill was headed by Tony Stark himself to have inexperienced superhumans trained while regulating the acts of experienced heroes. Captain America opposed this issue because he believed that every hero deserved the right of anonymity. Their families deserved anonymity so that villains who they fought against wouldn’t try to harm them outside of their costumes. And so, the two former friends began to combat each other until Captain America surrendered after seeing the damage their fighting caused. The assassination attempt on Aunt May, the separation of the Fantastic Four, and in one of the most thought-provoking moments in Marvel history, the Captain America/Punisher team-up that made readers and Cap himself question whether or not the fight for peace should be solved by heroes. A hero can inspire anyone, good or bad/hero or villain and is that a positive thing for the world? The question of a hero’s right to identity brought about questions that were never brought up before in a superhero comic, and that’s what I remember and loved most about CIVIL WAR. It wasn’t about the fights, it was about whether or not a mask made a hero and does heroism benefit society or cause more problems.

This is why I find myself so frustrated after the release of the trailer. I know the movie is going to be great, and we’re going to have a brilliant narrative with awe-inspiring fight scenes. It is going to be the Avengers movie that AVENGERS: AGE OF ULTRON, another mistitled Marvel film adaptation, should have been, but it is no CIVIL WAR. There is nothing at risk beyond the friendship of Tony Stark and Steve Rogers. It is not a CIVIL WAR but instead a Bad Bromance. It’s disrespectful to the readers of the original storyline going to see an adaptation of the story as well as the new readers who will come in expecting the comic to be exactly like the film. I’m a fan of the concept of transmedia and how telling the same stories in different mediums can lead to different narratives forming, a new experience for each medium. The problem for me is that the only resemblance of a story is the two characters fighting, and I just find that to be lazy storytelling. Though, this is an opinion piece on a two minute trailer so yes, I can be proven wrong in the long run, and I hope I am. But for now, I am not excited for CAPTAIN AMERICA: CIVIL WAR and am patiently waiting for the title to be changed to CAPTAIN AMERICA: FISTS OVER FEELINGS.