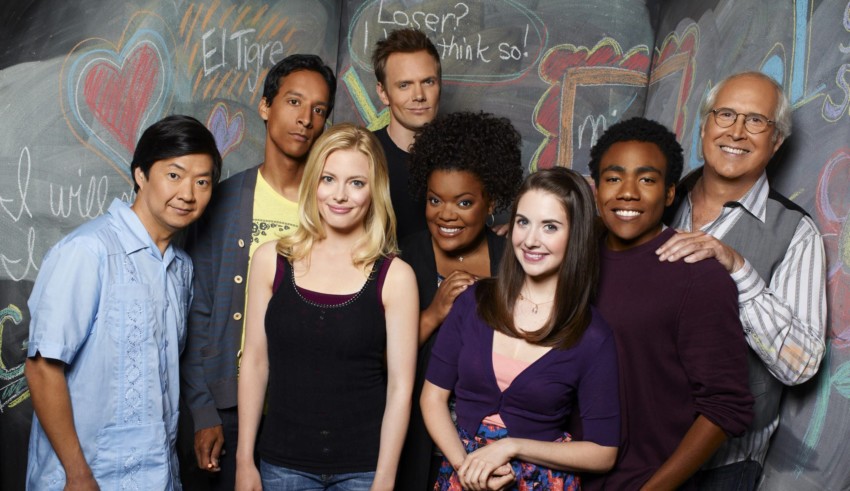 While many television shows manage to stay on the air for years, there are always others that get canceled early on in their run. The recent culling of network television programs provides many examples of just how short a series can be on-air. Now that they have become available online, many have picked up steam and attracted huge cult followings. With so many reboots of both movies and television, we’re seeing a lot of shows get a second chance—but is every reboot worth it?

One show that had a very tumultuous lifespan was COMMUNITY, which aired originally on NBC. It quickly amassed a passionate cult audience, and it was that audience that kept the show going, despite getting canceled several times. COMMUNITY has a mix of both incredible humor and genuine, heartwarming moments, making it a wonderful find for fans of smart, half-hour comedies. Its lifespan rested greatly on a mantra it had written for itself in its second season, when meta-genius Abed Nadir (Danny Pudi) insisted that NBC drama THE CAPE would be getting “six seasons and a movie”—and it was this promise COMMUNITY made to its fans as well. During its six-season run, COMMUNITY lost showrunner Dan Harmon for its fourth season, but then got him back for the fifth season. COMMUNITY also lost several of its stars along the way for various reasons, including Donald Glover, Chevy Chase, Yvette Nicole Brown, John Oliver, and Jonathan Banks (the latter two were only leads for the fifth season). The show’s future was often in question, and it even transitioned from NBC to fledgling streaming service Yahoo! Screen. Luckily, fans managed to carry on the momentum and excitement enough for COMMUNITY to meet its six season quota. 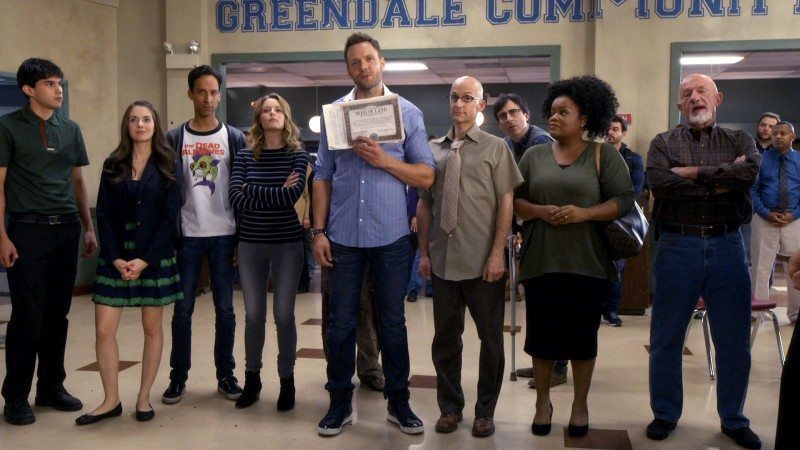 Or was it lucky? In its first three seasons, COMMUNITY was a phenomenal program, but as it progressed into the second half of its existence, the cracks of keeping it alive began to emerge. With the looming threat of death and a constantly rearranged creative team, the show had to reinvent itself many times over. COMMUNITY struggled to hold onto its audience after Dan Harmon was replaced, as Harmon’s specific style of humor was the main draw for many people, and the constantly changing cast made the series’ momentum erratic. It was great to see the fans carry COMMUNITY on their backs, but what if they’d let it die halfway through? If the series had ended on its highest note – and the end of the third season provided a very high note – would that not have been better for the memories of the show? THE CAPE ended after one season. For COMMUNITY, three wouldn’t have been half bad.

READ: As far as franchises go, what makes revivals work?

The idea of resurrecting a beloved series plays well to an audience’s nostalgia, but it doesn’t always yield a worthwhile product. Recently, THE X-FILES and HEROES were each given posthumous seasons, and neither were well-received. FULLER HOUSE on Netflix is another great example of a show that did not need to be revived, and didn’t amass a lot of fans for something that just can’t match the original product. ENTOURAGE had a large fanbase while it was on the air, but the later film spin-off flopped at the box office. Perhaps TWIN PEAKS or PRISON BREAK will break the mold, but most of these attempts at bringing a series back never manage to attain the same level of quality or adoration by fans. 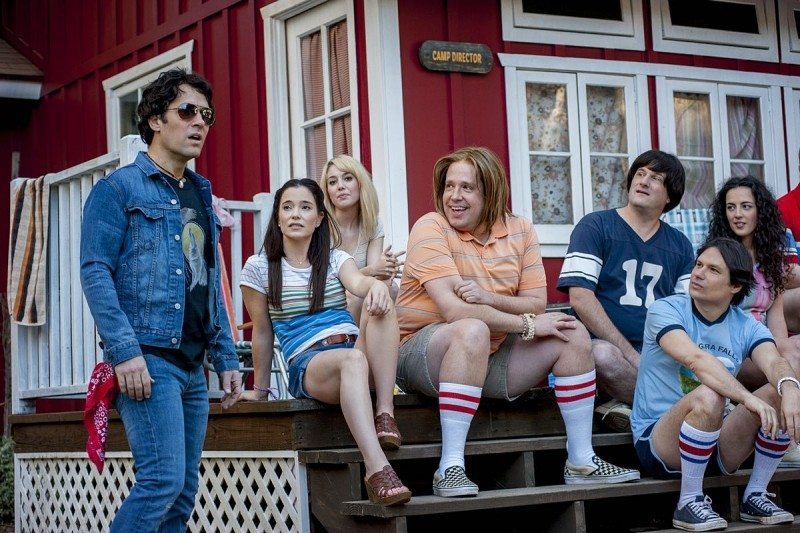 There are some shows that get satisfactory, even well-received completion seasons or movie spin-offs after getting canceled. FIREFLY, for instance, was a western-sci-fi hybrid created by nerd hero Joss Whedon. The show was not appreciated in its time, and was canceled after only thirteen episodes. However, it got an ending in the form of feature film SERENITY, which came out three years after FIREFLY aired. On the opposite end of the renewal spectrum, cult-favorite comedy film WET HOT AMERICAN SUMMER was revived as a miniseries for Netflix. Titled WET HOT AMERICAN SUMMER: FIRST DAY OF CAMP, it was also well-received, and a similar series (WET HOT AMERICAN SUMMER: TEN YEARS LATER) has been announced as a follow-up.

READ: Do you like superhero shows? Learn more about canceled TV hero Constantine!

A further example of a show that should not have been given a second life is ARRESTED DEVELOPMENT. Canceled back in 2006, ARRESTED DEVELOPMENT lasted three seasons and was highly regarded by critics and fans alike. The show boasted an impressive cast of comedic actors, like Jason Bateman, Will Arnett, Michael Cera, David Cross, and Portia de Rossi, as well as a host of guest stars and iconic catchphrases. Its three seasons are some of the funniest, most quotable episodes of television to air. In 2011, the online streaming service Netflix announced they would make new episodes, finally released in 2013 and still full of puns and guests. Yet they did not meet the bar set by the original three seasons. Talks of a fifth season have been going, but its actual progress is hard to gauge. Maybe the bar had been set way too high with the show’s early seasons, and maybe the different narrative format the fourth season took was too jarring for audience members. Either way, the consensus quickly was that ARRESTED DEVELOPMENT was a canceled television champion that should not have been brought back. 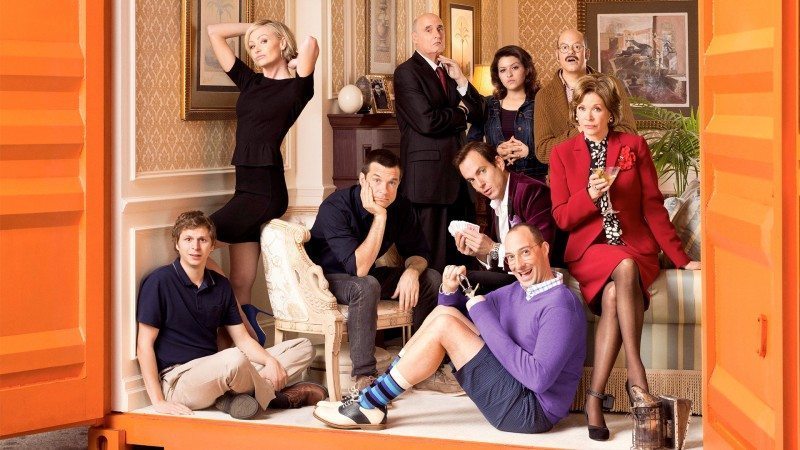 One smaller, fan-favorite series that will likely never be given a third season is PARTY DOWN, a Starz comedy. The series boasted a talented showrunner Rob Thomas, who is also responsible for shows like VERONICA MARS or IZOMBIE. Much like ARRESTED DEVELOPMENT, PARTY DOWN also had a crazy good cast, featuring the likes of Adam Scott, Ken Marino, Lizzy Caplan, and Jane Lynch. There are no talks of picking it up for a third season, and many of the actors have gone on to get bigger projects. But that doesn’t change the fact that it’s a great show, or a show that deserved to run for longer. Now, you can watch the whole series in a day or two and not worry about whether it’ll get revived and how good it’ll be – you can just watch it, laugh it, and log it into your list of shows. PARTY DOWN feels a lot like ARRESTED DEVELOPMENT, and putting it in that category of classic comedy could put it in the running for revival. But if there’s no need, and no guarantee that it’ll reach the same level, is there really a reason to do so? Not every good program needs to be brought back. Sometimes, you can just cut your losses and be happy with what’s been created. 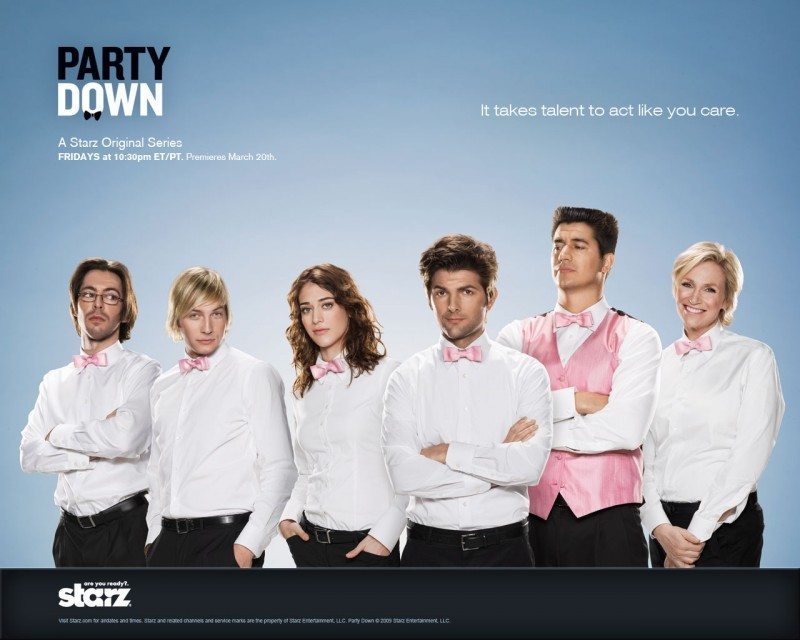 That’s what makes a lot of cult classic shows so classic. They may have a short shelf life, but that means they don’t have the time to grow sour. It’s great to see the success of COMMUNITY really stem from its fandom, but maybe the fans should have let ratings-based nature take its course, like it did with THE CAPE. By dying in their prime, they preserve their best humor early on. There are plenty of programs that start off very funny, but become bland and tedious as they drag on (see later seasons of THE OFFICE). In being a short-lived show, you have the luxury of reveling in your quality, and your success later down the line. Maybe the show wasn’t appreciated in its time, but in the age of the Internet, it can live on forever and be loved for what it is at a later date.There’s a saying that goes “The flame that burns twice as bright burns half as long.” Television shows are only going to be on for so long anyways, and prolonging it isn’t necessarily in the program’s best interest. Sometimes it’s better to go for a shorter amount of time, and let it end when it ends. After a certain point, we can be done with a show, enjoy it for what it is, and move on to the next, before it gets canceled as well.