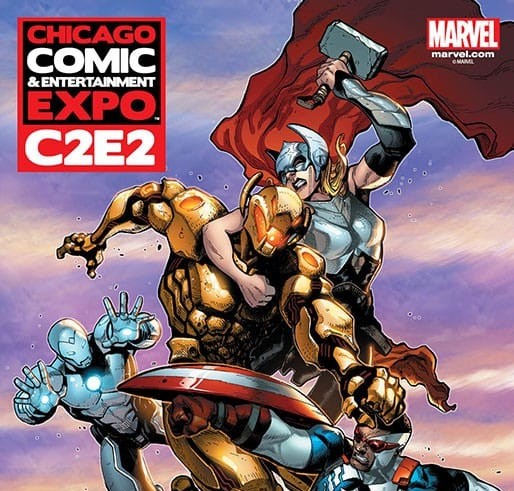 C2E2 has done it again. One can’t help but feel overwhelmed as their senses are bombarded by all of the tables, panels, and cosplay. It’s a lot to process, but it’s fun feeling knocked over by such a tidal wave of wonderful nerdiness.

The panels all seemed really worth going to, and I wish I would’ve had more time to go to them all. The most interesting one I saw was one called “Hip Hop and Comics.” A comic convention is the perfect place to talk about the intersection and fusing of mainstream cultures. I don’t know that much about hip-hop, but I still found the topic interesting because of hip-hop’s newfound relationship with comics. “Breaking Into Comics” was another one that caught my eye. I highly recommend looking up footage of this panel to anyone even remotely interested in getting into the comics industry. It was cool to hear professionals talk about being in the shoes of a young fan and avid comics reader.

I loved seeing all the local comics shops’ booths. These are always my favorite part of conventions because it shows me what the area has to offer. Plus, it brings me back to when I was ten years old rooting through boxes of old comics priced at a dollar each. I love seeing dollar bins. I know other kids will start their love affair with comics by rooting through them like I did.

The football field-sized Artist’s Alley was a sight to behold. Weaving through crowds of people in this area became a learned skill. Lines stretched all the way around tables, and I caught a few glimpses of some of my favorite artists amidst the huge crowd. 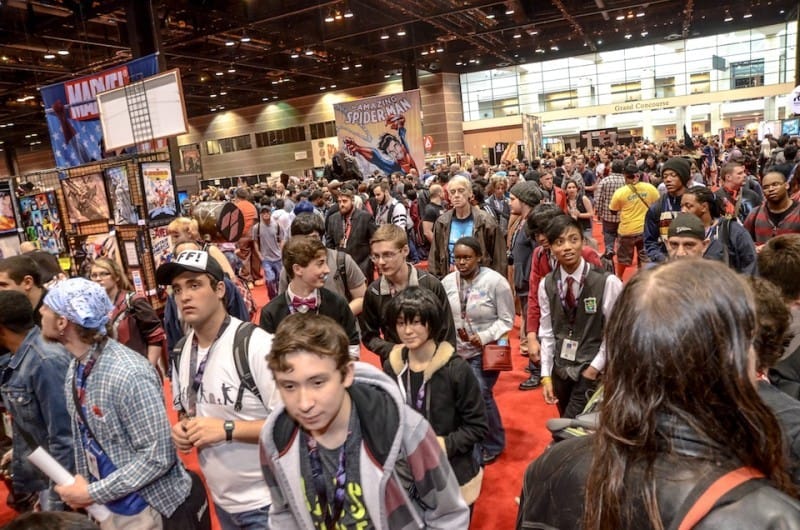 Everywhere I went there was more free stuff being handed out. I walked away with a new C2E2 lanyard and a backpack stuffed like a Christmas goose with free Marvel comics, pamphlets of artists’ work from Artist’s Alley, and various superhero pins. More for my collection!

I found cosplayers literally everywhere I looked. It was a lot of fun interacting with them. I saw about a dozen Deadpools, got held up by Stormtroopers, and was clawed by an adorable kid in a Wolverine costume. My personal favorites were the family cosplays. I saw a couple dressed up as Cosmo and Wanda from the Fairly Odd Parents and their kids were dressed up as Vicky and Timmy Turner. It’s always fun to see lots of people who are really passionate about cosplay showing off. You can tell that these are costumes they spent a lot of time making.

C2E2 is only six years old, but the convention has been growing more and more every year, breaking 53,000 attendees in 2013. This year, there was a reported 12% increase from 63,000 in attendance from last year, which is huge! Hopefully at this rate, C2E2 will be a major convention to rival those of San Diego and California. Even if that doesn’t happen, I can’t wait for next year.