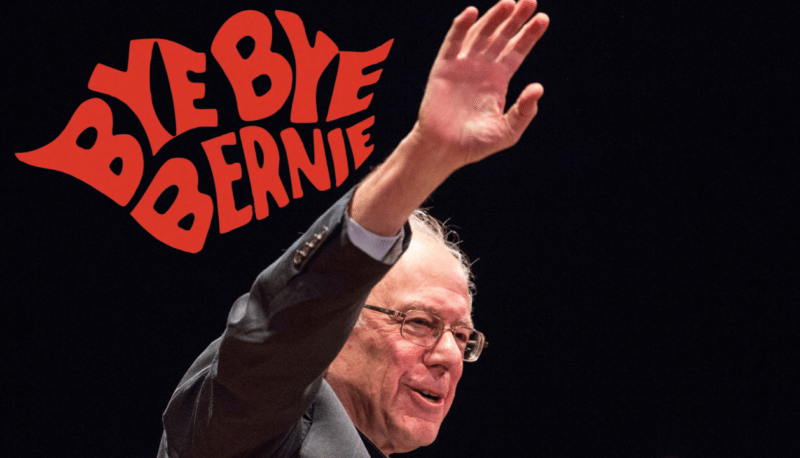 For those who were “Feelin’ the Bern”, there’s a fear that Bernie Sanders will soon fade into history. Millions of supporters—within the U.S and abroad—worry that with Hillary Clinton as the Democratic nominee, Sanders’ ideas and supporters will disappear. However, Sanders’ influence on official party positions has been noticeable. The Democratic Party Platform now includes many of his ideas. These include raising the minimum wage to $15 an hour and the abolition of the death penalty. For a candidate who no one, especially Clinton, thought would be an influential figure, Sanders’ has sent shockwaves through the Democratic Party.

Now that Clinton is officially the Democratic Nominee, what will happen to progressive momentum in the long-run? Once the 2016 elections conclude, and either Clinton or Trump is president, what will become of the Sanders movement? Will his policies live on until 2020, or even further? Or will the momentum slowly drain away?

It is easy to dismiss unsuccessful political candidates. Supporters often fade away when a candidate loses after a hard-fought primary. No one really remembers the losers. We might remember who they were, but we generally don’t concern ourselves with them after they lose.

American political history, however, is scattered with important losers. At both ends of the political spectrum we often accredit the losers with changing the political landscape.

In the Republican Party, Barry Goldwater is widely cited as the figure who sparked the resurgence of the American conservative movement and the future successes of the Republican Party. Despite a landslide defeat in the 1964 presidential election, Goldwater shaped the Republican Party’s positions on welfare, defense, and limited government—positions built upon the ideas of the founding fathers and the constitution. At a time when the conservative cause seemed lost, Goldwater’s unapologetic republicanism and idealism, laid out in his personal manifesto The Conscience of a Conservative, reignited the movement in America. His influence on the Republican party is still evident in its current incarnation.

On the contrary, Jesse Jackson is credited with shifting the Democratic party to the left. Like Goldwater, Jackson was an ideological candidate. Despite two unsuccessful presidential candidacies in 1984 and 1988, Jackson’s advocacy of civil rights, liberalism, and recognizing the importance of minorities can still be witnessed in Democrats today. In Barack Obama’s victory speech in November 2008, Obama promised to lead the “young and old, rich and poor, Democrat and Republican,” and the “black, white, Hispanic, Asian, Native American, gay, straight, disabled and not disabled.” These words echoed Jesse Jackson’s 1984 inclusive vision for the Democrats. He itemized a diverse coalition that included “the white, the Hispanic, the black, the Arab, the Jew, the woman, the Native American,” along with Asian Americans and “the young, the old, the lesbian, the gay and the disabled.”

Similarly, in a spirited exchange between Hilary Clinton and activists from Black Lives Matter in August 2015, Clinton told them “Look, I don’t believe you change hearts. I believe you change laws, you change allocation of resources, you change the way systems operate.” A sobering choice of words evocative of those used in 1984 by Jackson,  who reminded voters how structural change comes only through activism that “bring[s] back civility” and focuses on institutional change.

Influence doesn’t only lie in the hands of the major parties. Ross Perot, who stood as an Independent in the 1992 Presidential Election and won 19% of the popular vote, strongly advocated balancing the federal budget. His popularity during the campaign put pressure on both the Republican candidate, George H. W. Bush, and the Democratic candidate, Bill Clinton, to alter their own positions. A year after the election, President Clinton signed into law the Omnibus Budget Reconciliation Act of 1993, which attacked the deficit by raising taxes. Although the method in which the budget was balanced is disputed, there was an official surplus of $419 billion from 1998 to 2001. Both major parties, as well as the Tea Party movement, currently support Perot’s advocacy of a balanced budget.

Will Sanders’ campaign have a similar effect on national politics? Or will his candidacy soon be forgotten and his ideas left behind?

It is incredibly unlikely that Sanders will run for president again. He will be 78 by the time of the next election, making a Sanders 2020 campaign highly improbable. If Sanders’ support is only tied to the man, then the movement will drift away as Sanders drifts away too. It is therefore up to the people to ensure that this widespread progressive movement, which he inspired so many to join, is continued without him.

Sanders can still have influence after the DNC. His supporters are just as galvanized as ever and the groundswell of support will not simply fade away now that Clinton is the nominee. So let’s look at the next four years, and how Sanders’ legacy can survive depending on who is elected President later this year.

If all the polls are correct, on November 8th 2016, Hilary Clinton will become President-Elect. The U.S. will swear in its first female commander-in-chief, and Trump will go back to firing people on The Apprentice. 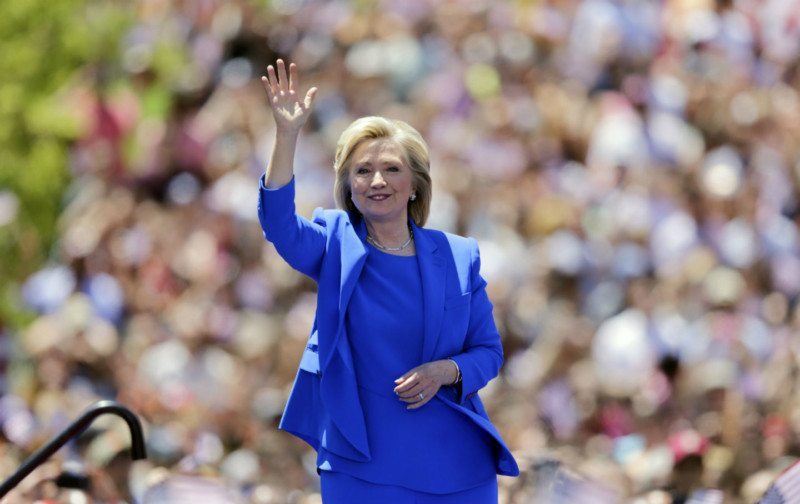 Most progressives would, albeit with gritted teeth, be glad that Clinton was sitting in the Oval Office instead of Trump. But Sanders’ highly motivated army of supporters should not go easy on Clinton just because the preferred candidate won. They should, instead, take Sanders’ advice. Lay off her for a bit—just so she can at least beat Trump—then, once she is in office, ensure that she keeps her word.

READ: Red vs Blue and its Genre-Swapping Success

There are more progressive policies on the 2016 Democratic platform than ever before. On top of raising the minimum wage and abolishing the death penalty, it also includes putting a price on carbon emissions, moving towards marijuana legalization, and creating a public option for healthcare. Clinton will promote these polices, ones which might not have been as progressive without the pull of supporters inspired by Sanders.

For Sanders to have influence after the DNC, his backers would need to hold Hillary to account. They must ensure that the policies she promised pre-election are put into practice post-election. If Clinton goes back on her word, they must make sure that the public knows about it. A politician’s biggest problem is keeping public support once they are elected—if Clinton doesn’t implement the progressive policies she will be promoting, this will be her problem too.

Trump’s whole candidacy has been one of surprises. If he keeps this up he might just become president, so it’s just as important to consider what Sanders’ supporters can do if The Donald becomes President-Elect in 4 months time.

DISCOVER: How the Republicans empowered Obama

The first step may seem like a schoolyard tactic, but a good case of “I told you so!” wouldn’t go amiss. Bernie demonstrated a better chance than Hillary of beating Trump in the polls. He led by an average of 10.7 percentage points compared to Hillary’s current average of 3.2 percentage points. If Sanders’ backers can ingrain into political memory that the progressive candidate would have fared better than the establishment candidate, then the Democratic Party may keep this in mind when it votes for its next nominee. However, this tactic can only work for so long. In the fast-paced world of party politics, you can’t keep hammering the same statistics. It gets boring and more irrelevant as the election stops being current affairs and becomes history. Repeating hypothetical polling data cannot be the sole strategy.

The media frequently compares Trump’s supporters with Sanders’. Particularly, the disenfranchised, white, working, and lower-middle class supporters from the Rust Belt.  To win back these voters, progressives must demonstrate that they are the ones with the correct solutions to blue-collar issues. Progressives will need to seize upon any mistake Trump makes. If Trump proceeds to damages his relationship with this core base of supporters, it is not enough to assume that this will result in these voters choosing Democrat in the next election. Progressives need to actively voice and clearly demonstrate that they can represent blue-collar voters better than those on the right. Inclusiveness and cooperation need to be ready to fill the gap if Trump’s isolationism and nationalism fails. Those who voted Trump in 2016 will only vote progressive if their platform suits working-class needs.

The next steps for Sanders supporters to still have influence after the DNC are a little more practical, but even more important. 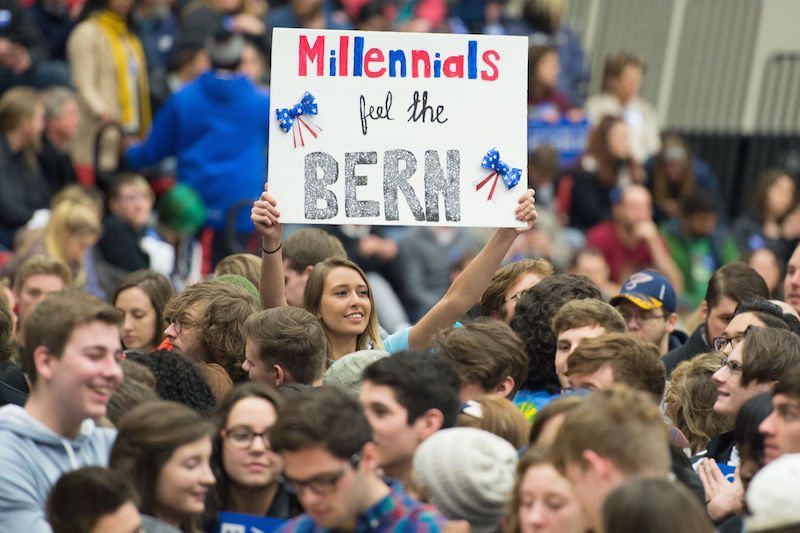 Politics is more than just the President

Getting swept up in a U.S. presidential election is easy. It is, after all, the big ticket. Selecting the most powerful person on earth is a big deal, there’s no doubt about that. Politics though, is more than just the president.

Sanders supporters need to vote for positions in all levels of society. These smaller-scale positions are the ones that see politics and policies put into action. These include school boards, city councils, and more. On top of this, Sanders supporters need to become involved in the Democratic Party more than every four years. There are near constant elections, primaries and selection processes that are the perfect opportunity to shape the election process.  Sanders’ side criticized the Democratic Party for working against them to ensure that Hilary became the nominee. Progressives’ best long-term strategy would be to reshape the Democratic party to make it ripe for a Progressive candidate.

READ: Time to turn you Slacktivism into Activism!

One of the hardest tasks of any political movement is to keep momentum. Very easily, particularly after a defeat where the figurehead of the movement has resigned, support can slowly drain away. For Sanders to still have any influence after the DNC, the inspired masses need to stay politically active.

Sanders’ campaign was noteworthy for its success in making young people politically active. His campaign used a large online presence to propagate his ideas. Using all forms of social media – particularly Reddit, Facebook and Twitter – young supporters of Sanders harnessed the political power of the internet. Using the tools available to them, supporters organized everything from phone banks and fundraising to demonstrations and canvassing. Progressives need to continue this. There is a huge opportunity for a political group to really utilize social media. We have seen how successful and prominent the Black Lives Matter movement has become; in part due to their ability to mobilize and spread ideas via the internet. The progressive movement needs to heed the work of Black Lives Matter and use the internet to further influence politics and keep the momentum going, gaining more supporters, until at least 2020.

So can Sanders have any influence after the DNC?

Sanders can continue to have influence through his campaign supporters, but only if they choose to remain active. Sanders has sparked the beginning of his ‘political revolution’. It is now up to the people to carry his vision into the future.