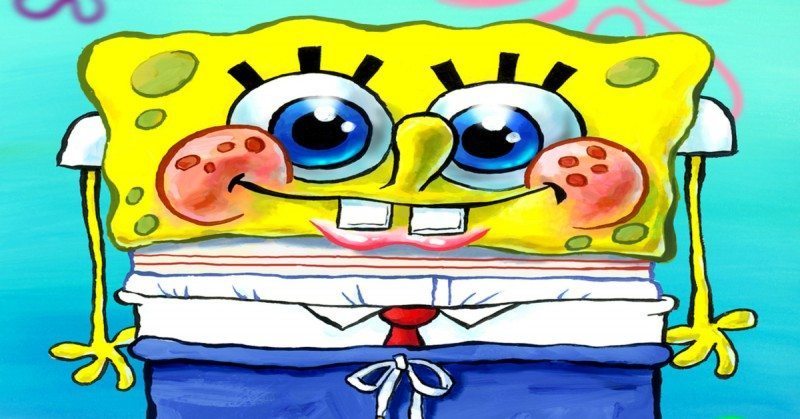 Have you ever fought an enemy that just wont die? Today we’re going to be talking about bullet-sponges, particularly in roleplaying games.

A bullet-sponge is any enemy that takes an unrealistic amount of damage before being taken down. They are almost universally loathed in the gaming community, and although people have been complaining about them for years, they keep showing up in our favorite games. While bullet-sponges exist in most genres, they’re a particular problem in action-RPGs (games like FALLOUT 4, or THE DIVISION), where statistics and dice rolls often take priority over realism.

There seems to be a large portion of the gaming community that has reluctantly accepted bullet-sponges as an unavoidable aspect of roleplaying games. Some would say that this is just how RPGs work, that if every enemy went down in one or two hits that it would cheapen the importance of stats and equipment.

But is this true? Is there no way to balance realistic combat with satisfying stat progression? Do we really just have to deal with the bullet-sponges?

Before we talk about ways to avoid bullet-sponging, we first need to discuss why bullet-sponges exist in the first place. Well, as far as I can tell, there are two main reasons.

The more cynical reason is that these characters are a crutch. They’re used by developers who don’t have a better way of increasing the difficulty of an encounter. Why make the enemy smarter or look for cover when it can just absorb entire clips from your gun? Bullet-sponging allows a developer to make a fight harder through sheer attrition.

But there’s another reason, unique to roleplaying games.

I don’t expect everyone to agree with me here, but one could argue that bullet-sponges are a direct result of old RPG mechanics clashing with modern game design. These mechanics perpetuate and necessitate the existence of bullet-sponges.

So, what do I mean by that? Well first let’s consider the main focus of an action RPG.

An action RPG focuses on giving your character the best gear and weapons, leveling them up and making them more powerful. This sense of progression is embedded deeply in the game’s mechanics, and is most clearly expressed through combat. Your character typically starts off with very weak weapons, poor skills, and little to no armor, and gradually becomes more powerful as the game goes on.

This gear scaling makes sense if you want to make the player feel more powerful as the game goes on, but in order to balance a game with such wildly different weapons and armor, you’re going to have some guns that feel like peashooters and enemies with an unrealistic amount of health.

In early RPGs this was okay as the combat was never meant to be taken literally; it was just a re-enactment of the game’s rules being implemented, and you were supposed to use your imagination to fill in the holes.

The same can be said for more tactical RPGs, or classic MMOs. Bullet-sponging in these games is less aggravating because what you’re seeing on screen isn’t meant to be what’s literally happening. But generally, when you’re trying to translate the old rules of an RPG into the modern gaming sphere, you’re going to have some strange results, like revolvers that hurt less than a BB gun, or human enemies that can take a dozen arrows to the chest before finally falling over.

This is why bullet-sponges keep popping up in action-RPGs: they’re relics of an old way of doing things that don’t translate well into modern gaming.

As games are starting to look more real and feel more immersive, we’ve expected them to behave in more realistic and immersive ways, but the bullet-sponges are fighting us every step of the way.

Now, I’m not saying that we should streamline roleplaying games until they feel like generic shooters, but I do think there are ways to strike a balance between satisfying, semi-realistic combat, and the traditional feeling of progression in RPGs.

Let’s take a look at the FALLOUT series, a game that is infamous for its bullet-sponging. Even NEW VEGAS, a game I constantly praise, is guilty of having regular, human enemies that can shrug off several shotgun blasts to the chest.

FALLOUT is a series filled with many different enemy types, from crazed bandits, to radioactive beasts, to giant mutants. There are also numerous types of armor and protective gear, not to mention cybernetic enhancements that logically could make an enemy harder to kill. As such, it’s a game where some degree of bullet-sponging makes sense, but there are still ways to eliminate it when it becomes unrealistic.

For example, the game scales its weapons in such a way that low level pistols barely chip off any health from an opponent. I think there’s a better way to handle this. What if instead of a low-quality pistol being little more than a nerf-gun, it could be less accurate, have less range, or jam up more often than a higher level version? This would provide us with the same experience of starting off weak and slowly finding more effective gear, without the need for the wild differences in damage output that necessitate bullet-sponges in the first place.

But, now we’re left with firearms that do an insane amount of damage. How do we balance that?

Well, it may be wise to make ammo a bit scarcer and more valuable, for both players and enemies. Your opponents have a set amount of ammunition and can actually run out, forcing them to switch to a melee weapon, and leaving the player without any ammo to loot.

This would also give players an actual incentive to use melee weapons in combat. If ammo is scarce and expensive, then maybe it would be wise to use a sword instead. This provides satisfying advantages and challenging drawbacks to different playstyles, and allows for tactical decision making on the player’s part.

The same principal goes for armor and other defensive capabilities. If anyone, player or enemy is wearing regular clothing, they should be taken down in a few shots. Not only would this increase realism, but it would encourage alternative playstyles. If you want to wear that light armor that makes you quieter and move faster, then that should be offset by making it harder to go in guns blazing, encouraging a more stealthy or non-violent approach. Enemies wearing light armor can be utilized in scenes where you want the player to feel powerful, or when you need to populate an area with dozens of easily defeatable enemies.

If someone is wearing heavy armor, on the other hand, the experience should be wildly different. Projectiles should bounce off of them, small weapons should do almost nothing, and a change in your tactics might be necessary to deal with enemies like this. Likewise, if you’re clad in a suit of heavy power-armor, you should feel like it. You’d move much slower, much louder, and you’d likely need to have high strength and endurance to even wear it. But, if you manage to actually utilize heavy armor you should feel like you’ve earned your bullet-sponging.

There are numerous ways to alleviate bullet-sponges in RPGs while maintaining a sense of player progression. It just takes some clever tweaks and balancing.

If you’re still not convinced, then you may want to check out the FALLOUT nexus, a website full of mods for various FALLOUT games. Numerous mods already exist that solve these problems in pretty much the exact manner I outline. It’s simply a matter of whether or not the developers are willing to consider these changes.

I’m the type of person who thinks every problem has a solution. As such, I find it concerning that so many people think we should accept bullet-sponges as an inevitable part of RPGs. Call me naïve, but I don’t think we should have to accept anything we don’t like. If the gaming industry is willing to evolve, is willing to experiment, is willing to improve upon existing formulas without sacrificing quality or depth (a big “if,” I know), I don’t think we should have to settle for old problems that have tested solutions. It may be a tall order, considering the current state of the gaming industry, but I think it’s a mindset we should encourage nonetheless.