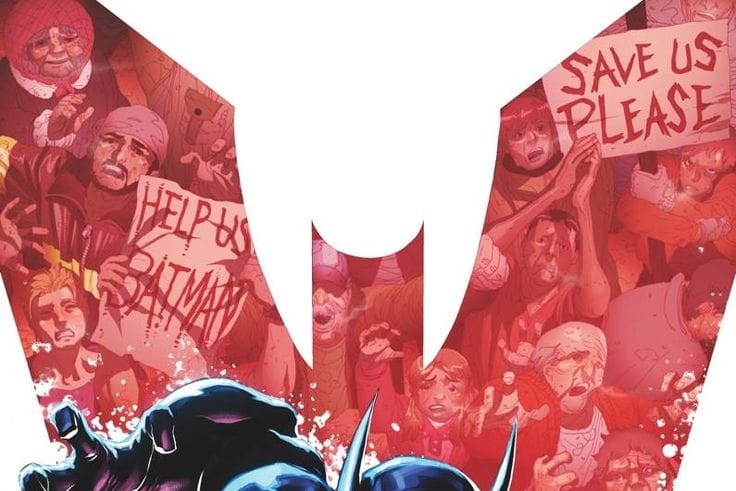 Comic books, along with any other medium of entertainment, take inspiration from the world that surrounds the creators. Whether it’s war, family, or politics, there is no piece of media or entertainment that does not have an inherent bias. Bias is a natural part of our view of the world that is shaped by every accumulated experience that makes us who we are. In BATMAN BEYOND #8, the creators take the real world ideas of building walls to keep out those considered “different” and incorporates it into the focal point of their latest story. Pulling from ancient, recent, and contemporary history, BATMAN BEYOND becomes a very clear example of art inspired by history. 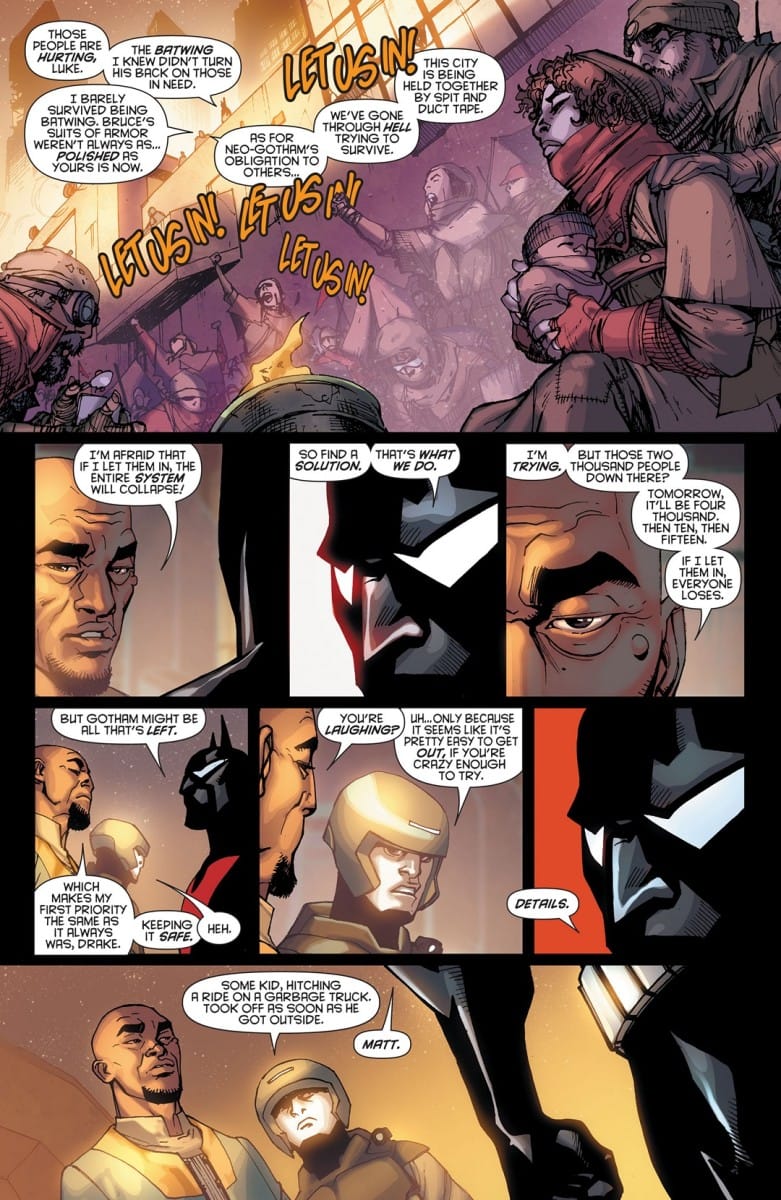 In BATMAN BEYOND #8, the world has been freed of Brother Eye. Neo-Gotham is now safe and ready to rebuild. Unfortunately, the rest of the world is not so lucky. Outside of Gotham’s borders, refugees from all over the war-torn world are coming to look for help. The mayor of Neo-Gotham refuses to aid these people. Instead, he decides to strengthen the border of Gotham with more soldiers and stronger walls. Batman tries to argue on behalf of the struggling people, but the mayor will not listen. He refuses to help the refugees in need because, he says, he cannot support them. He decides to put the people who live in the arbitrary, man-made borders of Gotham ahead of those who live outside.

On a human level, there is nothing to distinguish one person from another. If you looked at what makes up the anatomy of a Gotham resident and compared it to that of a citizen of Metropolis, there would be no difference. Borders are a completely man-made idea that can be defined in countless ways. The mayor of Gotham becomes just another political leader, like many throughout history, who chooses to justify his decision to let those in need perish based on artificially created differences like nationality. You may have even heard of a pretty prominent figure in our time calling for walls to be built in the United States. We’ll get to that momentarily. First, we need to take a look back at history and the ideas that helped shape the ideology we see in BATMAN BEYOND. 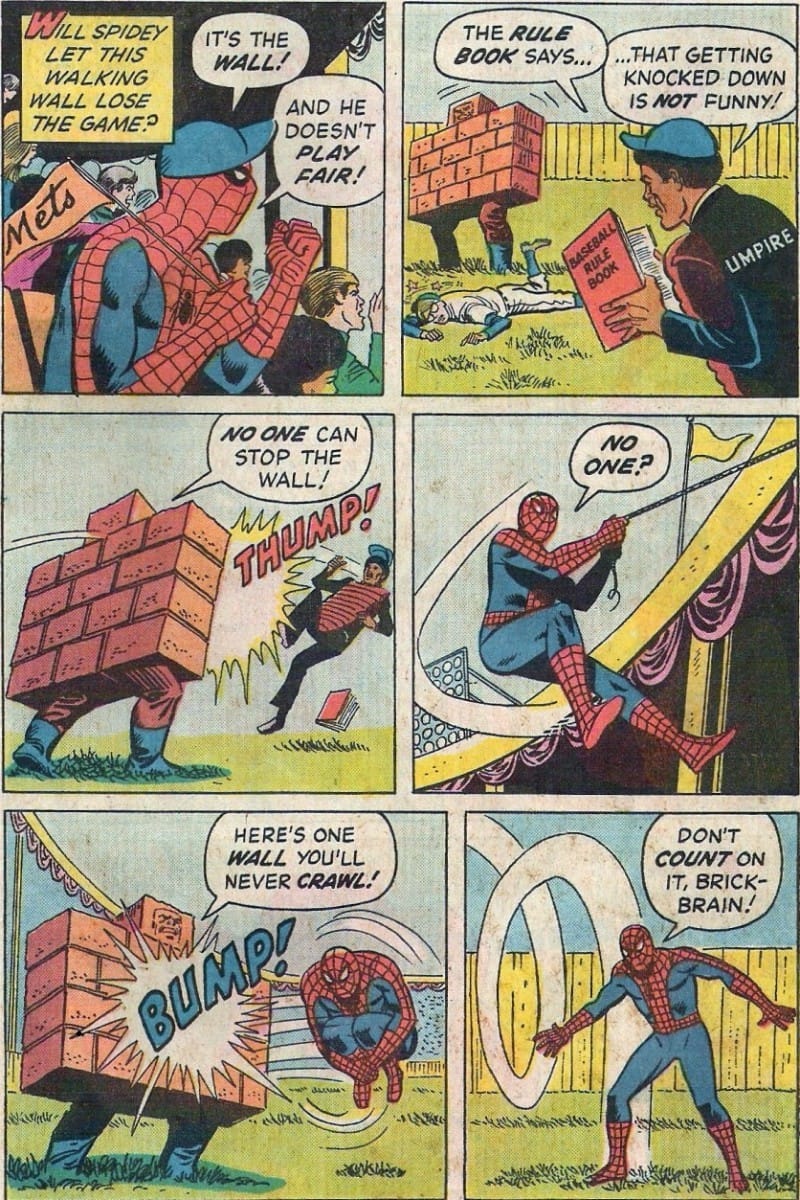 One of the most famous walls in all of history is the Great Wall of China. This was a wall that had been built over centuries as a means of protection from foreign invaders. This was a very common practice before the mastery of aviation in the modern age. As early as 198 B.C.E. the Han Dynasty had used the wall in a treaty with the Hsiung-nu, (most often grouped as the Mongolian Empire today). They stated, “neither side would venture beyond the frontier as marked by the great wall.” The function of the Great Wall was different from the wall we see in BATMAN BEYOND, less a statement of ideology than a line drawn for peace and defense. For more prominent examples of walls built on ideology, we need to move towards modern times.

Any discussion of walls built to keep out certain groups of people would be incomplete without mentioning the Berlin Wall. The Berlin Wall is the antithesis of the last stages of western imperialism. Germany had been divided into four sectors after the defeat of the Axis in World War Two. Great Britain, France, the United States, and the Soviet Union all received territory in Germany. Berlin was similarly split into four sections, even though it was in the heart of Soviet territory. By 1961, the Cold War between the United States and Soviet Union was in full effect. In an effort to keep more of their residents from fleeing East Germany via the Western portion of Berlin, the Soviet Union built a wall around the edge of the portion shared by the United States, France, and Great Britain. 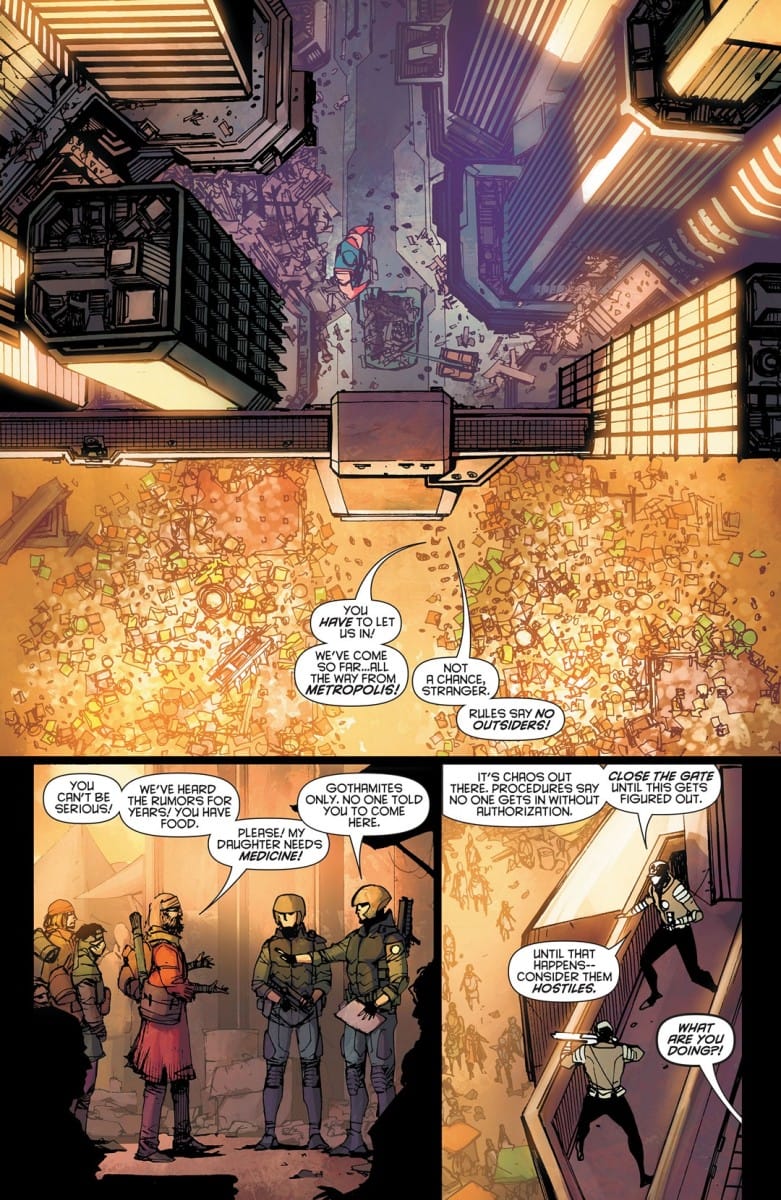 It was a process done overnight and without warning. The residents of Germany had absolutely no say in whether the wall should have been built or not. It separated families for decades because of a quarrel between two power-hungry countries, fighting to prove their supremacy by any means necessary. Whether they were communists or not, citizens were forced to live in a certain sector of Germany because of a political belief that divided people to the point of creating a physical barrier. The idea behind the Berlin Wall was also different from the logic in BATMAN BEYOND, intending to keep people in, not out. But, the logic of where and why to build a wall was similar: “You are different from us, so a wall must be built.”

READ: Learn more about the current BATMAN BEYOND with our breakdown of everything you need to know about Tim Drake!

In more recent times, a rather prominent political figure has proposed building a wall along the southern border of the United States. You may have heard of him? His name is Donald Trump. Trump has said throughout his campaign that he wants to build a wall in order to keep illegal Mexican immigrants out. This is the closest example to the ideology presented in BATMAN BEYOND. Just like Neo-Gotham’s mayor, Trump wants to build a wall in order to keep people out according to the man-made distinction of which land belongs to which nation. The argument is that allowing them to come unimpeded is costing money and is something that is unsustainable and burdens on the current residents of the United States. This is almost the exact same argument that the mayor of Neo-Gotham uses. 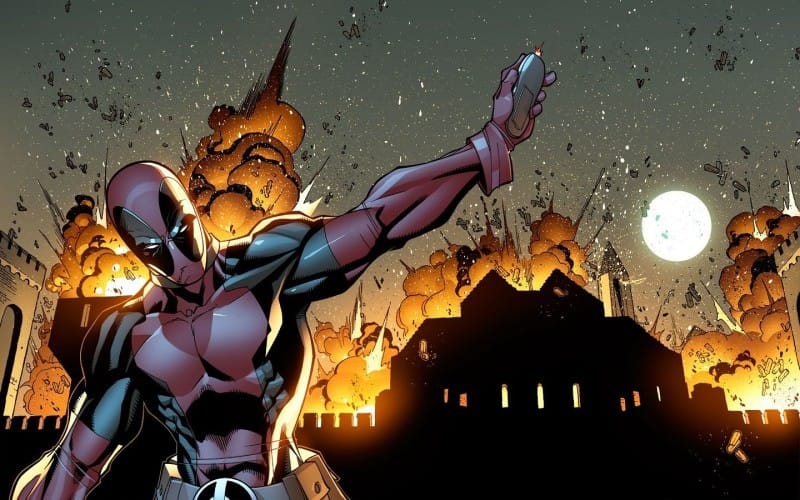 This article is not here to claim that Trump is a villain just because he and the mayor of Neo-Gotham (the villain of BATMAN BEYOND) have the same ideals. You can make that connection on your own. Rather, it’s to analyze how closely art imitates life. To take this idea a bit further, it is an interesting study to wonder how the manipulation of borders would affect the mindset of men in favor of building walls to keep out those perceived as different. For example, if we moved the border of the United States or Neo-Gotham south to include an additional, say, 380,800 square miles, how would perception change? That is approximately half of Mexico’s land mass (and what would be a giant portion of land for Neo-Gotham). The people in the region would not change. They would still be the same exact human beings, except, now, they would be citizens of a new political entity. Would this land be returned because it would be unsustainable to maintain the people there? It’s an interesting idea that could never actually be tested to see people’s true feelings.

History gives us countless examples of times when people believed there was a need to build a wall, whether it was for protection or to separate one group of people from another. BATMAN BEYOND builds on this idea. Looking back on some of the more famous instances of people building walls, or wanting to build them, places this story into historical context and shows just how significant history’s influence is on this story.