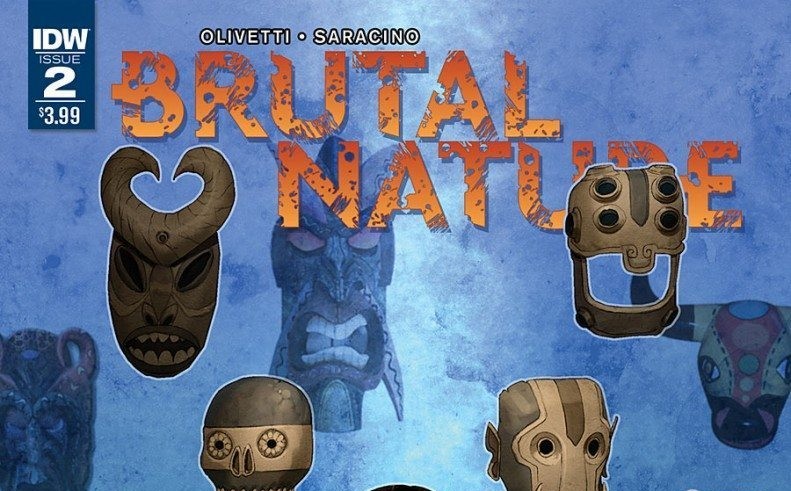 It seems almost strange to say, but not many comic books delve into the performative qualities of human personality. It’s even stranger because comic books are, as a concept, ripe with the potential to start a discussion with their heavy reliance on the secret identity. Instead, most books tend to skirt around this topic. They’ll move along the edge of the pool and peer in, maybe put a toe in, but never jump in and explore its depths. That’s where IDW’s BRUTAL NATURE deviates from the norm. While other books flirt with performative identity, BRUTAL NATURE dives head first into it, asking the question very frankly: how do our masks define us, and are we more than the masks we don?

LISTEN: Speaking of identity, hear us explore the relationship of DC’s trinity of heroes Superman, Wonder Woman, and Batman

BRUTAL NATURE #2 continues the great story started in the first issue. Ich, a South American warrior, is trying to defend his homeland from the Spanish and does so by using masks that give him shape-shifting abilities. In #2, the Spaniards turn to the nefarious Inquisitor, Sebastian de Loup, for help in defeating the mythological menace. As such, this issue is, in a sense, the fallout of the premiere issue and does not feature very much action so much as it establishes the struggle that Ich will have to face to defend his tribe. Normally, this would render the book a tad dry, but here it works because we get a larger exploration of the theme of performative identity.

On the first page, the narrator says, “Ich is made of thousands. He is himself and each one that lives within. He is himself and he is all.” Writer Luciano Saracino makes the very pointed argument immediately that humans are exactly what we show ourselves to be, a sort of amalgamation of our performative selves. To Saracino, it isn’t important who we are in private, but who we choose to be, and it is that sort of self-fulfilling prophecy that Ich is embarking on as he opposes the encroaching Spaniards. 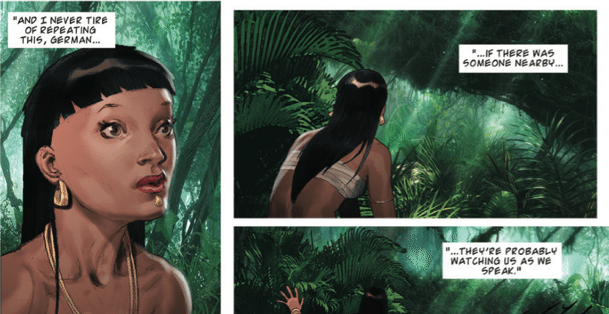 BRUTAL NATURE #2 is about Ich further exploring this idea for himself. Having seen the future in a dream, Ich must choose whether to accept the future as he has seen it or confront it “until it consumes him”, as his dream tells him. For Ich, his character arc it seems is going to be about defining who you are and all that that encompasses. What are the masks that he wears and how do those masks define him? Alan Moore’s V FOR VENDETTA explores this theme in earnest, but BRUTAL NATURE approaches it from a more intimate angle, something expressed impeccably in the art.

READ: DC’s Rebirth is all about reestablishing old identities to their heroes. Here’s our review of GREEN ARROW REBIRTH

Ariel Olivetti’s work here is sublime. Here in BRUTAL NATURE, Olivetti displays a keen understanding of Saracino’s intentions with a brilliant mix of paneling, colors, and paintwork. The panel designs, in particular, are a real masterwork as they teeter just above being overly emotive. They are rich, dynamic, and engaging. Where this helps the story by giving it an artistic framework for Saracino’s writing to exist in that helps propel his ideas forward. The more intimate panels, in particular, excel at this, and Ich’s dream sequence at the beginning is a true work of art. 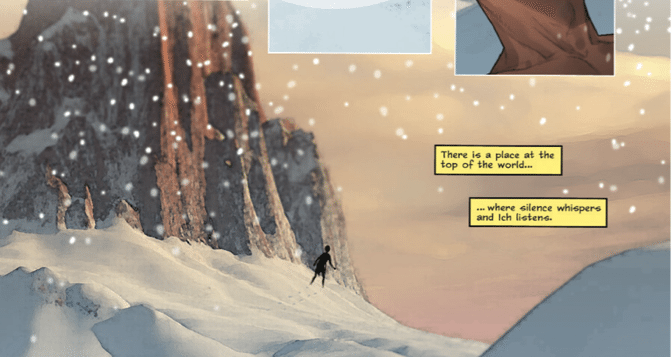 It will be interesting to see whether or not BRUTAL NATURE can keep up with the weight of its own storytelling. It has the challenge of juggling an intense plot of genocide and colonization with very heavy character themes that demand a great deal of attention in order to be executed well. Still, issues 1 and 2 have done a good job of assuring us that Saracino, Olivetti, and the rest of the team are confident not only in their respective crafts but also in their ability to tell this story as well. Here’s hoping it stays this great!