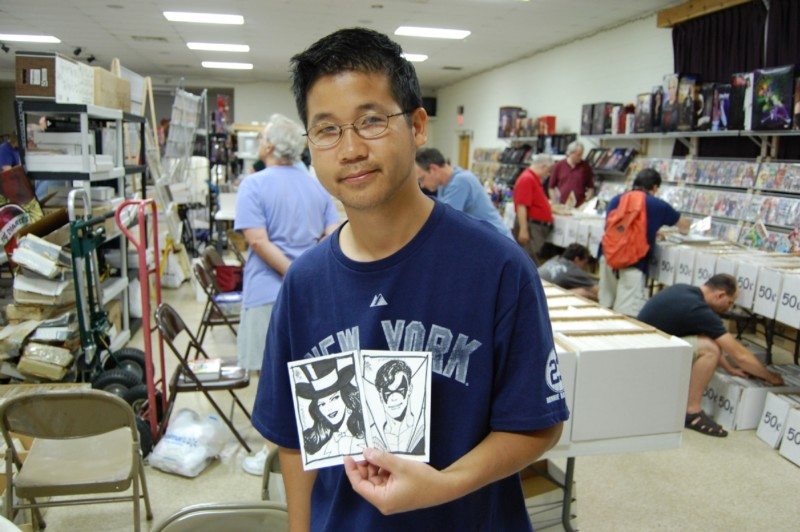 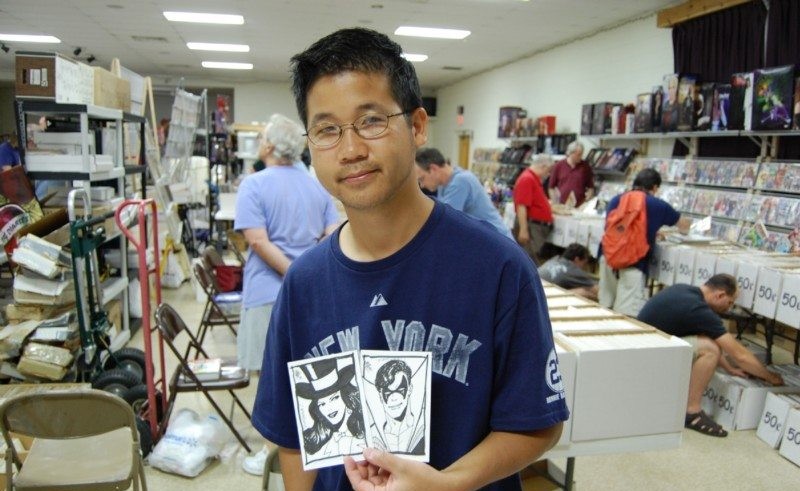 I recently had the opportunity to speak with Brian Kong in Artist Alley during New York Comic Con 2016. Kong is a 20-year veteran of the comic arts, currently working full-time as a freelance artist. On display at Comic Con this year was Kong’s collection of film and sports stars re-imagined as comic book covers: films ranging from THE DARK KNIGHT to THE WARRIORS, shows like DR. WHO and DEXTER, and several different baseball stars.

I started the interview by asking about how Kong got into the industry. An avid drawer since the age of five, Kong has worked hard enough to be a full-time artist continuously for the past 20 years, notably working with Topps and their baseball cards. His style, a mixture of film, television, and sports into a classic comic cover art, is one Kong developed over the years as he continued to create. He is able to create these by studying scene photos and focusing on achieving realism in his drawings.

When asked about his growth as an artist, Kong notes that he feels he gets stronger as an artist with each piece. Kong goes on to point out one specific print, based on the hit show BREAKING BAD, as a piece that he is particularly proud of. The print is modeled after old-school poster art; a style that’s rarely seen in modern day cinema.

To those who could not make their way out to New York Comic Con this year and see a print that they would like to own, Kong has several different social media platforms he can be contacted on, from Facebook to Twitter to Instagram. He also has a website, which can be found here.

Brian Kong’s style is a perfect mixture of comic and film, giving classic titles of film and television a new, refreshing perspective, while not tarnishing their source. It was great having the opportunity to speak with him at New York Comic Con!