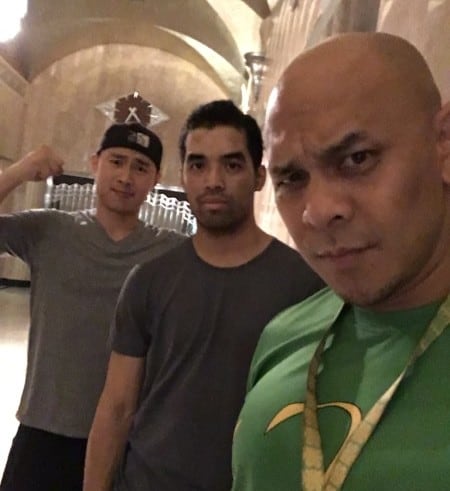 Brett Chan is a lifelong martial artist and the stunt and fight Coordinator for IRON FIST and MARCO POLO. He has an extensive resume of film credentials including RESIDENT EVIL 5: RETRIBUTION, UNDERWORLD 3: RISE OF THE LYCANS, CABIN IN THE WOODS, NACHO LIBRE, and HOT ROD, to name a few. He is also the president of Hitz International, an international stunt team with several of his crew working on films like GHOST IN THE SHELL, THOR, AQUAMAN, HACKSAW RIDGE, and POWER RANGERS. 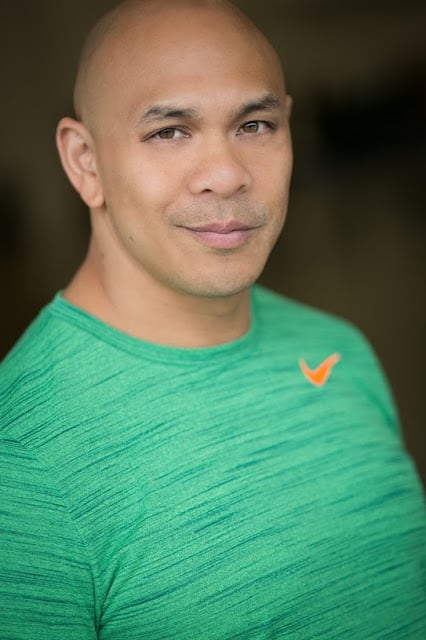 ComicsVerse: What originally got you into stunt work?

Brett Chan: I was always a big fan of action, as I was a martial artist since I was 5 years old. I actually never thought I could get into it and was going to school for my Pre-Meds. Then I started to date a girl who owned her own casting agency. She asked me if I wanted to be in it. I got a commercial called “Karate Fighters” and I later met guys who were on NINJA TURTLES the TV series and I auditioned for it and I got on it, then it just kept rolling and I loved it and kept up with it.

CV: Where did you first begin your martial arts training? What did you learn?

BC: I was 5 years old and I was in the Philippines Baguio. My father had me put in Kung Fu and also Shotokan Karate. That started a long journey of different martial arts to this day, 40 years later.

CV: What has the transition back and forth from the martial arts to stunt work to coordinator and director been like for you? Has it been difficult and what are the challenges?

BC: Well, as a martial artist you never stop [learning] as you go along your career. You always continue your journey with martial arts, as you never stop learning. Once you get into stunt work, which you usually get into with a skill you are proficient with, then you need to branch off and learn new things. This transition is easy if you meet like-minded people and have different skill sets and you can cross-train each other. The business is pretty cutthroat, especially if you are minority ethnicity as the jobs are MUCH fewer.

Now, as you transition to stunt coordinator, it is THAT MUCH MORE DIFFICULT, as there are even fewer jobs but you realize and find out pretty quickly who is your friend and who supports you and a lot of the time, getting to stunt coordinator and being successful, is also [due to] the people you surround yourself with. The progression to 2nd unit directing/action directing was a real honor. Those opportunities come up even less, as there are all sorts of different cogs in the wheel that have to be in sync for it to happen and for someone to believe in you to do it, as it is a crucial part of making the action look good. There are lots of well-qualified people. It’s all about getting your work to be seen so that someone gives you the opportunity to do it. 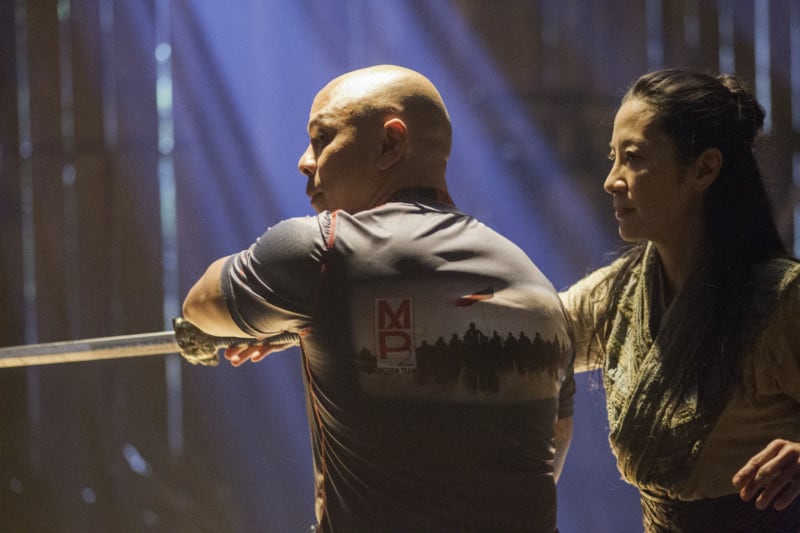 CV: Iron Fist is a martial arts based character and everything about Iron Fist revolves around it. How much involvement did you have in the 13 episode series?

BC: I was the 2nd unit director, stunt coordinator and fight coordinator.  I had full involvement in all the episodes, it is one of those shows that they hired me for my vision and [to be] hands on. I had a fabulous team and I know I could let go sometimes and let them evolve, allowing me to do other things, then [get] back to it. We would overlap episodes so after meetings and choreographing, I would have to go [back] to set again and again. I had to be able to trust my team to keep my vision going.

READ: The ComicsVerse interview you never knew you needed!

CV: How closely did you work with Finn Jones?

BC: In the beginning of the show and prep, I was hands-on with Finn with choreography and [the] start of his training, my assistant fight choreographer and assistant stunt coordinator would help manage that. 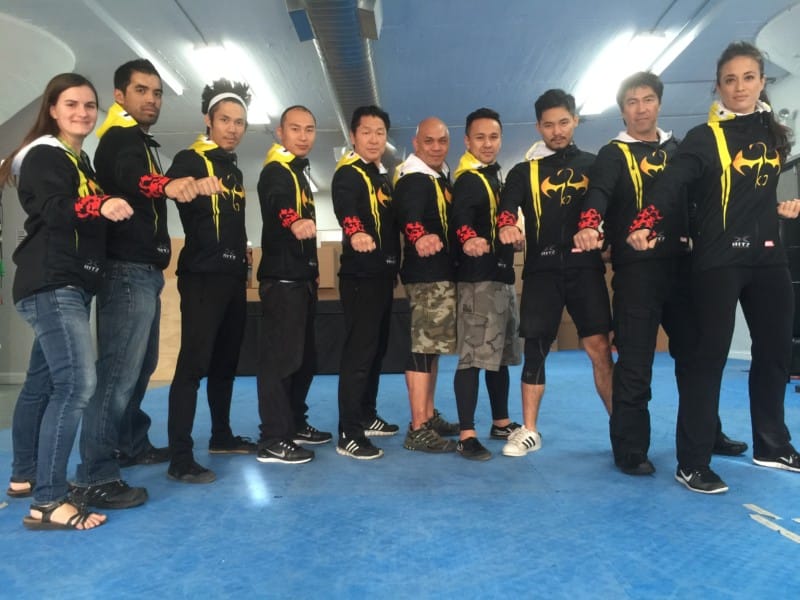 CV: What style of martial arts influenced Finn’s portrayal of Iron Fist? Was it Kung Fu? If so, what style? Was it a hybrid or different martial arts?

BC: The showrunner Scott Buck and his guys all gave me an idea of what they wanted to see. We were going with Wing Chun and also influenced by all the animal styles of Kung Fu. He does a lot of Dragon, Crane, Tiger and some Snake and Monkey.

CV: How hands-on was your work in the series? How much creative control did you have?

BC: Scott Buck (the showrunner) and [the] directors and Marvel executives always listened to my input and sometimes went with my ideas and with action, with 2nd unit directing, it was dependent on the director. Certain episodes I had a lot of creative [input] and others I wouldn’t. 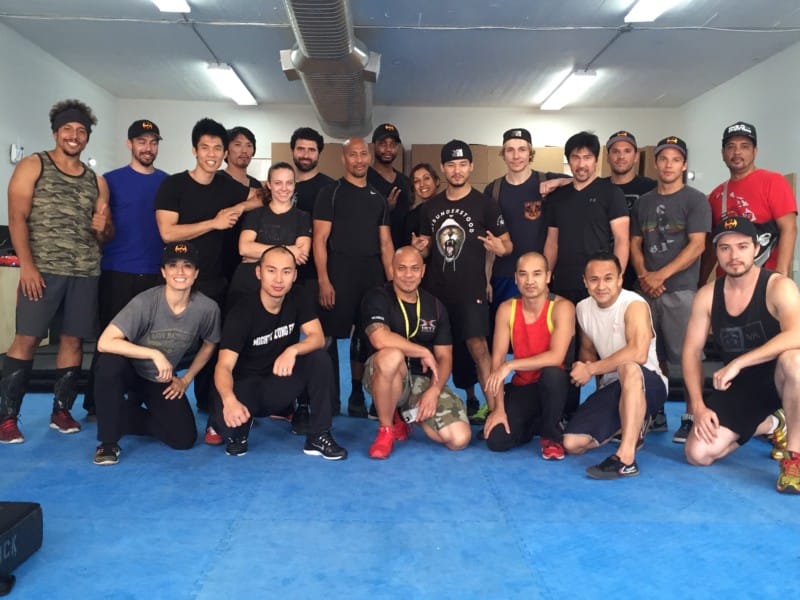 CV: How much stunt work was done by wire/CGI versus no stunt double or “no wires”?

BC: Our stunt double for Iron Fist was not a Kung Fu guy but [he] was a martial artist. So he extensively trained with us to get his Kung Fu game on. There was minimal wire work and minimal CGI with the fights, our Colleen Wing character Jessica Henwick was the real deal. She trained 6 hours a day with us regardless if she was filming that day or not, as were our other characters which I am not sure if I can name at the moment.

CV: Was there any type of homage to certain Hong Kong or martial arts directors or specific choreography? Like the Shaw Brothers, Jackie Chan, Stephen Chow or Bruce Lee?

BC: This all came from different aspects of [the] influences [of] all the above, as it has formed me and my ideas! Yuen Woo Ping is also a name you missed. The higher ups all asked that it not be floaty or wire-like and more grounded but, trying to keep the style.

CV: Who has been the biggest influence in your career?

BC: My father, for always pushing me to excel in martial arts and in my career Nick Powell (now a Director, former 2nd unit director/stunt coordinator/fight coordinator).

CV: You have an extremely long list of film credentials. You’ve worked in so many different films! What is your ultimate goal or dream in your career?

BC: Right now, 2nd unit directing and stunt coordinating. I really love the creative process of the script, the story and eventually, [I’d like to] direct and produce creatively.

CV: What can fans expect from IRON FIST as far as action and the fight scenes? Are any your favorite or stand out in particular?

BC: Well, we didn’t want to make it just all action, [it] needs story and character to drive it. So with the action that we have put out, I hope that the edits come out as action packed with style, that will leave the audience wanting more and more.

READ: When does realism in comics and TV become a problem?

CV: If you had to give advice to someone looking to make a career in stunt work or the stunt coordination and fight choreography field, what would it be?

BC: Be the best at your craft, persevere and be true to yourself. 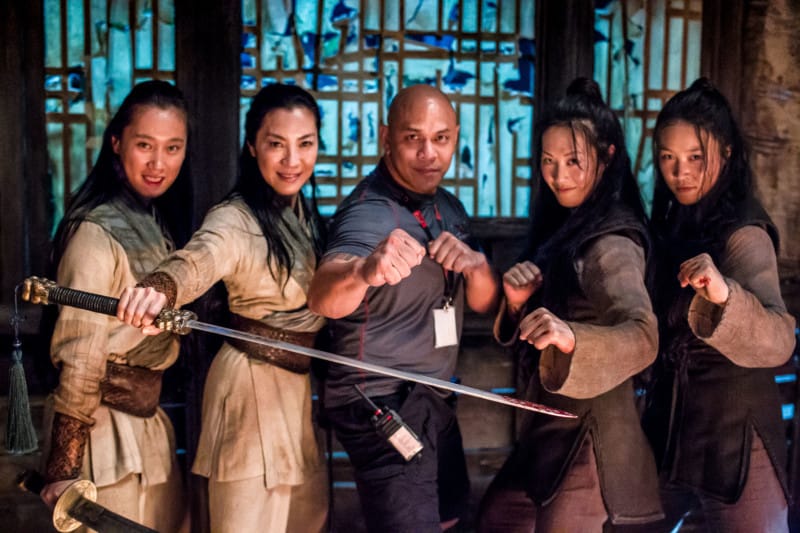 You can find more from Brett Chan at his websites hitzinternational.com and brettchanstunts.com!