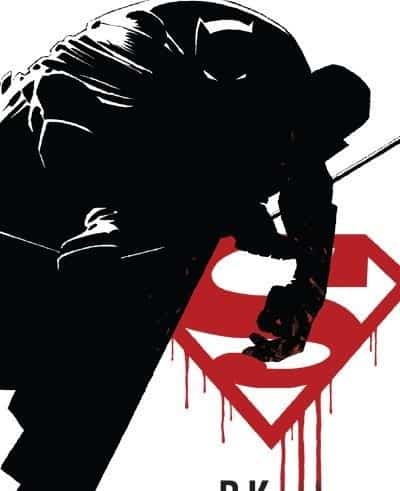 DC Comics announced today that acclaimed writer/artist Frank Miller (Sin City, Daredevil: Born Again) is returning to his Dark Knight Returns universe with The Dark Knight III: The Master Race in Fall of 2015. The eight issue bi-monthly series will be cowritten by Brian Azzarello (100 Bullets, Wonder Woman), though no artists have been announced as of this time!

Miller has a long storied history with Batman, penning two of the Caped Crusader’s most famous adventures in the mid-1980’s: the origin story Batman Year One and the futuristic Batman: The Dark Knight Returns. These two stories were critical and sales smashes in their heyday, and have continued to heavily influence depictions of Batman to this day, with Christopher Nolan taking a great deal of inspiration from Year One for Batman Begins, and DKR influencing the feel of both Tim Burton’s Batman films and the upcoming Batman V Superman. 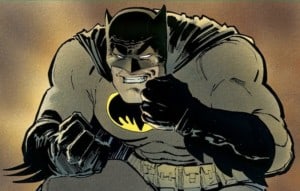 Miller’s most recent Batman work hasn’t met with nearly the acclaim as his previous works. 2001’s sequel to Dark Knight Returns, titled Dark Knight Strikes Back, was widely criticized for both it’s storyline and art. He again returned to Gotham in 2005, teaming with artist Jim Lee for All-Star Batman and Robin. The often delayed series sold well, but was widely panned by critics and fans alike for Batman’s sociopathic portrayal, abuse of Robin, and odd storytelling choices including an entire issue focused on a yellow-painted Batman and Robin confronting Green Lantern. 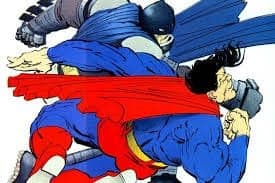 Even with those recent relative flops, it makes complete sense for DC to bring Miller back for a second Dark Knight Returns sequel at this time. As noted above, DKR is a major influence on the upcoming Batman V Superman: Dawn of Justice film. Aesthetically, the design of the bat-suit and batmobile look very Miller-like. Beyond that, the concept of an antagonist relationship between DC’s two premier characters was nearly nonexistent before Miller forever altered their dynamic, and if the released concept artwork for The Master Race is any indication, Miller will be continuing to build on that antagonism, in turn building anticipation for the 2016 film.

Keep checking back here at Comicsverse for more updates on the series’ plot and art team as their released!