BRAVE CHEF BRIANNA is a four issue comic created by Sam Sykes, Selina Espiritu, and Sarah Stern. It follows Brianna, whose celebrity chef father is dying of an unnamed illness. With only a few years to live, he challenges Brianna and her 15 brothers to each open a restaurant with the promise that the most successful child will inherit his empire. Fresh out of culinary school and with little money, Brianna decides to open a restaurant in Monster City due to its cheap rent. When she arrives, she realizes that human food won’t satisfy the palate of her clientele: monsters!

BRAVE CHEF BRIANA #1 is perfect for people who love adorable things with a dash of creepy. The premise of a world where monsters and humans coexist allows the artist, Selina Espiritu, a creative freedom that a more realistic premise would not. The colorful world of Monster City is populated by a diverse cast of creatures. Suzan, Brianna’s only employee, is a siren. The end of the comic introduces a rival chef who appears to be a naga, a creature with a human head and torso and snake body. By pulling from different mythological traditions, Selina Espiritu’s art gives BRAVE CHEF BRIANNA #1 a touch of post-modernity. 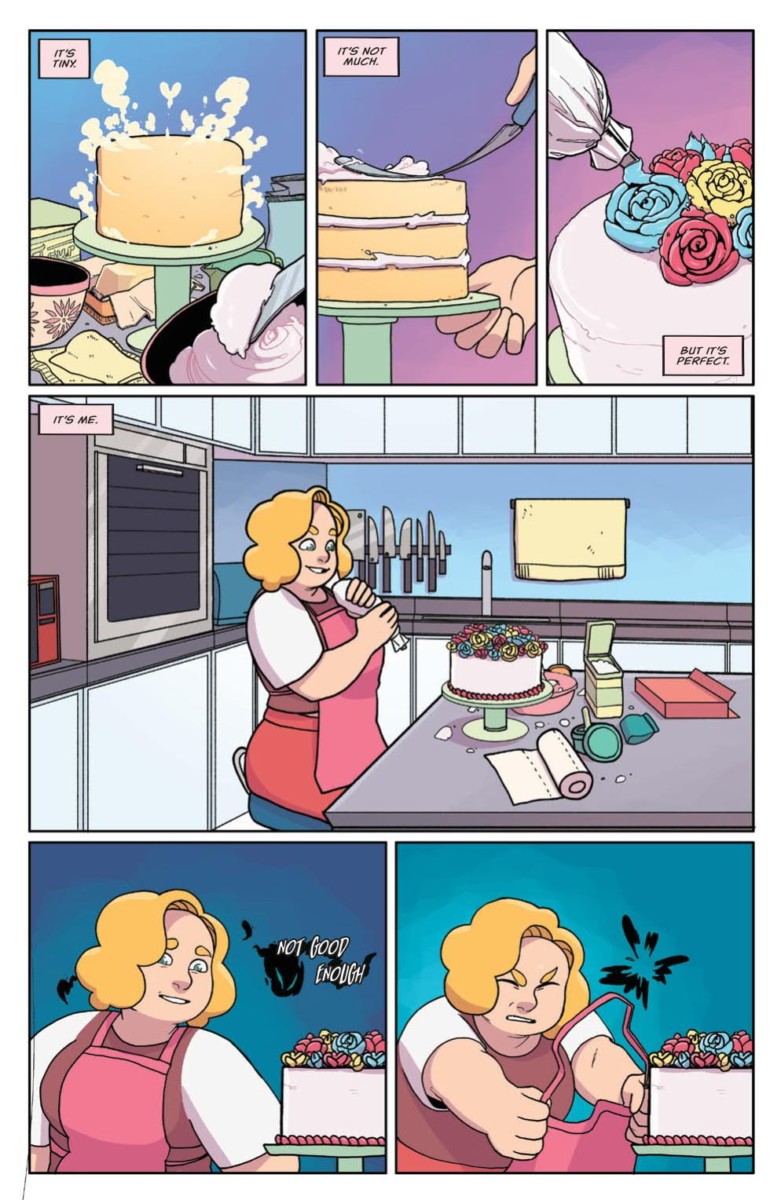 BRAVE CHEF BRIANNA is also a perfect comic for foodies. One of the final pages of BRAVE CHEF BRIANNA #1 is a recipe for “Brazilian Cheese Waffle Breakfast Sandwiches” from Stephanie Goldfarb, winner of Food Network’s AMERICA’S BEST COOK. Choosing to end each issue with a recipe is a brilliant decision, since it brings the reader’s focus back to the food. At its soul, BRAVE CHEF BRIANNA is a story about a young woman with a passion for food who is discovering what it takes to make it as a chef.

The fact that Brianna is one of 16 siblings, the rest of whom are boys, drives home that BRAVE CHEF BRIANNA is definitely a commentary on gender in the culinary world. According to a study conducted by BLOOMBERG in 2014, women made up only 6.3% of the head chefs in the United States’ most prominent restaurant groups. Interestingly enough, 6.3% is roughly 1 in 16, and Brianna is 1 of 16 otherwise all male children. Although this is probably a coincidence (Illuminati confirmed), Brianna undeniably represents a woman’s position in a profession dominated by men.

READ: Want more girl power? Find out why you need to be reading SLAM!

Brianna’s gender is not the only aspect of her that differentiates her from her 15 brothers. BRAVE CHEF BRIANNA #1 paints the picture that Brianna is also the least experienced of her siblings. She lacks the confidence and bravado that her brothers possess. Because of her gender, her inexperience, and her lack of confidence, Brianna is meant to be perceived as the underdog.

BRAVE CHEF BRIANNA #1 sets Brianna to be up against all odds, even herself. Her self-doubt manifests as a looming dark cloud filled with her negative self-talk. Despite her material setbacks, this internal negativity appears to be the biggest thing standing in the way of Brianna’s success. She is not flawless and confident, but insecure and struggling. Despite this, she does not give up. Her flaws and her perseverance make Brianna a positive and realistic role model for young women. 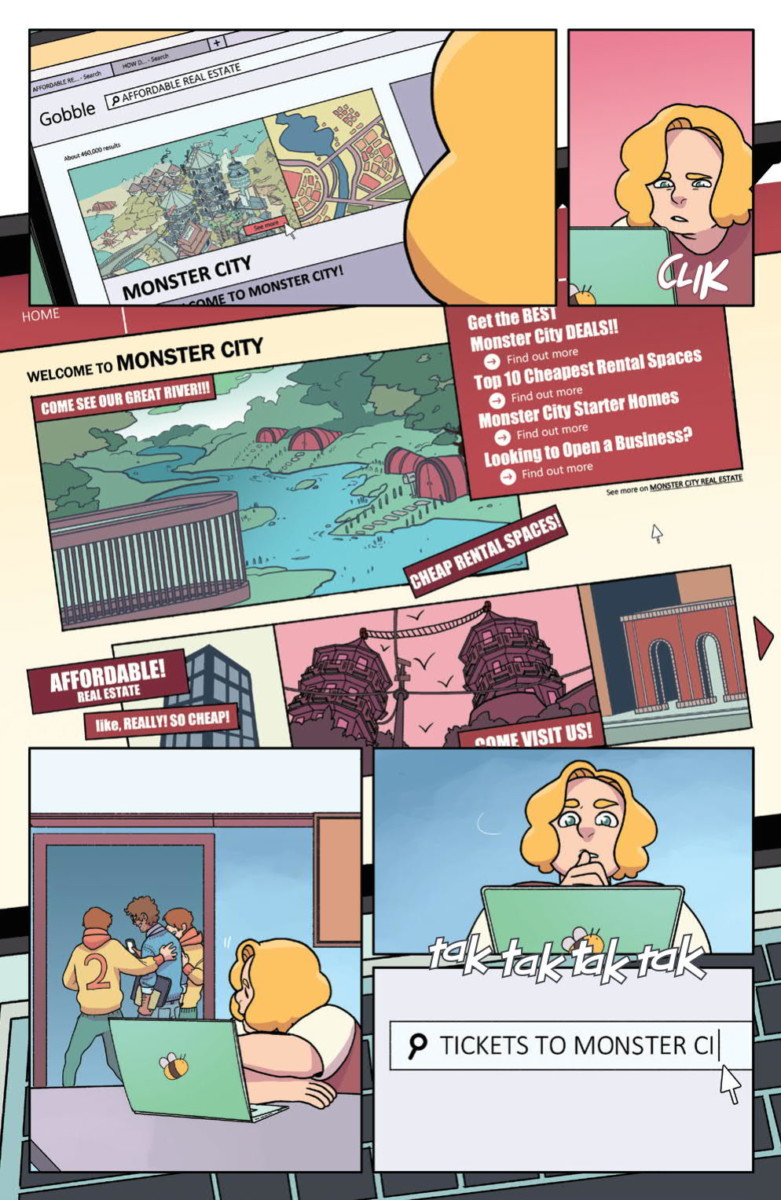 Unfortunately, Brianna’s characterization as the underdog begins to unravel after the first few pages of BRAVE CHEF BRIANNA #1. It’s completely unrealistic that someone who just got out of culinary school would have the capital to open a restaurant, even in a place with cheap rent. Where did Briana get this money? Let’s give Brianna the benefit of the doubt and say this is money she earned, not money given to her by her wealthy father.

Still, there is something more to BRAVE CHEF BRIANNA. During Suzan’s impromptu job interview, she mentions that she’s the only monster willing to work for a human. Furthermore, BRAVE CHEF BRIANNA #1 ends with a monster chef noticing Brianna’s success, and commenting that “First the humans came for us with sticks. Then they came for us with fire. Now they come again to hurt us, to drive us out…” Apparently, this universe contains some unexplained interspecies tension. Despite its fantastic premise, BRAVE CHEF BRIANNA seems to be strongly alluding to the process of gentrification.

READ: Hey BOOM! fans! We made a list of our favorite BOOM! Studios comics from 2016!

It’s not at all surprising that a comic published by KaBoom! would contain thematic elements that reflect real world problems. When I pick up a BOOM! Studios comic or a comic published by one of its imprints, this is not only what I expect but what I hope for. My problem with BRAVE CHEF BRIANNA #1 is not that it presents the theme of gentrification in an otherwise lighthearted comic, but that this theme is not addressed in a meaningful way.

In the first few pages of BRAVE CHEF BRIANNA #1, the writer, Sam Sykes, went to great lengths to characterize Brianna as an underdog. But is she really an underdog? Given the circumstances, Brianna is poised not only to succeed but also threaten the livelihood of the monster chefs who have been in Monster City much longer than her. Despite Brianna’s privilege, it looks like the chef that is unhappy with her arrival will become the series’ antagonist. Notably, this rival chef has darker skin than both Brianna and Suzan, and is a creature pulled from eastern mythology. Ultimately, I’m skeptical that Sykes can properly address how gentrification hurts marginalized communities while simultaneously vilifying a member of that community.

READ: Hungry for more feminism? Here’s our critique of the anime FOOD WARS!

Can Brianna be both the underdog of the story and contextually privileged? Sure. However, I’m not sure the creators can successfully address these degrees of privilege in a four issue series. If they can pull this off, BRAVE CHEF BRIANNA will be a brilliant example of an intersectional feminist comic with layers of meaning.