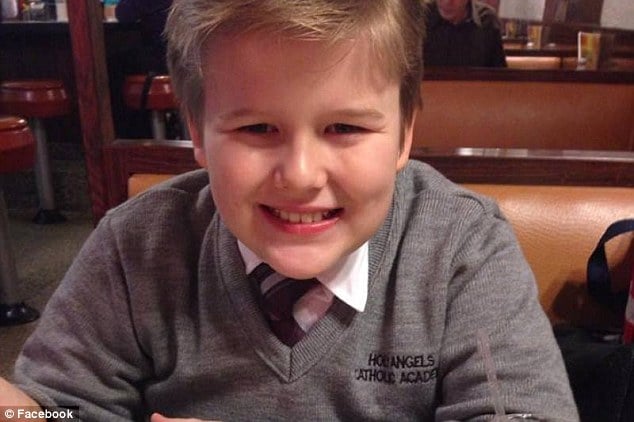 Watching the news in 2016 America can often be tough. Between terrorist attacks abroad, gun violence at home, and a presidential election that’s stomach churning no matter what side of the spectrum one falls on, it can be incredibly tempting to bury one’s head in the sand and just ignore it all. However, every once in a while, a story lodges its way through the defenses and takes over your brain, despite your best efforts. Over the past two weeks, the story of Daniel Fitzgerald has taken over mine.

Fitzpatrick was a thirteen year old boy from my hometown of Staten Island who committed suicide earlier this month. His older sister found him hanging by a belt in their family’s attic. Shortly after, the boy’s family went to the New York Daily News to share (what they claim) was Daniel’s story. According to his parents, the boy was mercilessly bullied by a group of boys at his Catholic elementary school over his weight, athletic ability, and social maturity level while the administration sat by and did nothing. The boy even drafted a letter shortly before his death where he told his story, claimed the administration did nothing, and simply stated “I give up.”

In the week that followed the Daily News report, controversy has erupted. School officials have publicly stated that they helped Daniel through his bullying as much as they could. Meanwhile, reports have surfaced that the child’s home life may have been less than ideal. This has led some to question whether the teen’s suicide can truly be attributed to bullying. It should be noted  that none of these reports, even those from the school, claimed the bullying didn’t happen. It’s telling that even as the blame game is played as to how big of a cause it was, or if more could have been done to stop it, no one denies the torment this child went through every day.

Obviously, I don’t know why Daniel Fitzpatrick killed himself. That said, I do know one thing: bullying sucks. That may seem like a pretty common sense statement, but oftentimes it gets glossed over. Phrases like “just ignore it” or “fight back” or “man up” (for boys at least) get thrown around a lot. How do I know all this? I was bullied badly as a Catholic elementary school student. In fact, part of the reason the story has stuck in my head is that the photo of Daniel in his school uniform looked remarkably similar a photo of myself a that age.

Like Daniel, I too was a chubby, unathletic kid who was a bit socially stunted. All of this made me a target for a certain group of students who made nearly every day of 6th-8th grade a living hell for me. Every day, without fail, they would call me a fag, mock my appearance, and tear down the things I liked. I tried all the methods bullied kids are told to try; I fought back, I ignored it, I told teachers and administrators, and even tried to laugh along with the jokes. None of it worked, and honestly seemed to only make my tormentors do worse.

I never tried to kill myself, nor did I honestly ever consider it during those years. However, Daniel’s letter resonated with me just the same. Specifically, the passage about how desperate he was to get out of his current school. That was me in the final months of eighth grade, desperate to get the hell out and start high school. I buried myself in comic books, Digimon, wrestling, and baseball to push through it. In retrospect, I honestly don’t know how I did it.

READ: Our own CEO dealt with bullying. Check out his tale of how comics saved his life.

Once again, I have to reiterate that I don’t know if bullying was the main reason Daniel Fitzpatrick killed himself, neither does anyone else for that matter. What I do know is that, even fourteen years later, the bullying I went through in elementary school is still with me. It still manifests itself in my insecurities, and I’m sure it did the same in Daniel’s. Luckily I did make it out and went on to have a really good high school experience, followed by an even better time in college. In the end, that’s the biggest thing on my mind this past week. I had the chance to get out, and I can’t help thinking about how Daniel Fitzpatrick wasn’t lucky enough to get that chance.

B-Sides Of The Week:

If you or anyone you know is having suicidal thoughts, please contact the National Suicide Prevention Hotline.