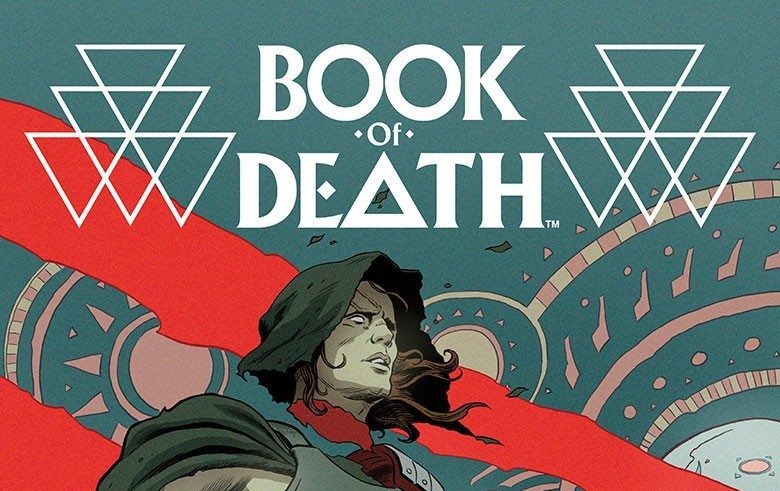 Happy November! I hope everyone’s had a wonderful Halloween, and I can only assume you’re looking forward to the rest of this month. Specifically, WRATH OF THE ETERNAL WARRIOR is coming out in a few weeks! It should be great, as it spins off from this week’s excellent conclusion to this year’s best event BOOK OF DEATH. Read on to see what I thought of the issue and the event in general. Also, don’t forget to check out my interview with Jen Van Meter, author of THE DEATH-DEFYING DR. MIRAGE and its upcoming sequel SECOND LIVES! Part one is live currently, and part two is coming shortly! 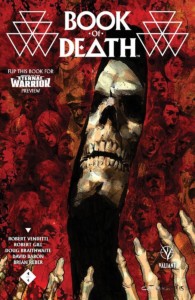 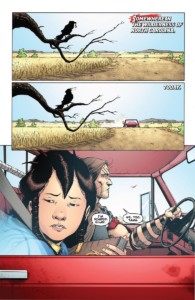 This issue, the last of the series, is a rather intimate affair. Much of the issue focuses on Gilad’s relationship with—and dedication to—Tama, the Geomancer. As we begin this book, the pair has come very close to Master Darque and his captive Geomancer, David, while Tama recites the final prophecy from the Book of the Geomancer. The Eternal Warrior’s fight against Master Darque’s conjured skeletal army is quite a sight, and Braithwaite, Baron and Reber do an excellent job of conveying the intensity and desperation of the Eternal Warrior’s final quest to rescue David and protect the Geomancer, as he has for millennia. Gilad’s battle is visceral and bloody, showing his unrelenting resolve in protecting the two Geomancers, while Tama’s confrontation with Darque shows how she has, in only four or five appearances, grown and strengthened into what I hope is a consistent part of the Valiant Universe in the future. 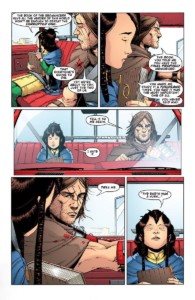 This event has utilized a lot of Valiant characters, though the consistent focus on Gilad and Tama has been excellent in developing their characters and showing their importance to the world. Gilad has grown quite a bit in this series as well, and the revelations from Tama’s book have laid out a number of exciting possibilities for the series to use as they see fit. The sort of open ended conclusion to BOOK OF DEATH is what I had expected, and honestly it’s what I wanted too. If the writers of Valiant’s various series had to come up with concrete futures for their characters, they would be stuck in a definitive trajectory that could potentially squash creativity. Instead, the brainstormed possibilities have given us possible directions with the exciting prospect of differences. HARBINGER, X-O MANOWAR, BLOODSHOT and NINJAK all got great endings and interesting future story hooks, but they can keep going and expand organically. 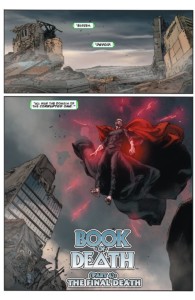 BOOK OF DEATH has been a delightful event. It succeeded in showcasing an apocalyptic future where DC’s FUTURE’S END failed. Venditti has crafted a tight event with character growth, great action and the potential for lasting consequences in the Valiant Universe. Late this month, we’ll see Gilad return in WRATH OF THE ETERNAL WARRIOR, also by Venditti. I haven’t been quiet about my excitement for that comic; Venditti’s work on Gilad has been very strong and Raul Allen’s artwork is amazing. The teaser at the end of BOOK OF DEATH has only excited me more! I definitely recommend picking that up on November 18th! 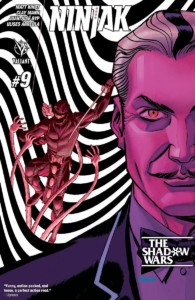 The Shadow Wars conclude in NINJAK #9, as he faces (apparently) the wrath of the Shadow Seven, closing out this arc before descending into the Deadside with Shadowman and Punk Mambo! See you then for a recap of one of my favorite Valiant series! And again, check out my interview with Jen Van Meter, and pick up DR. MIRAGE!

READ MORE ABOUT THE VALIANT UNIVERSE!