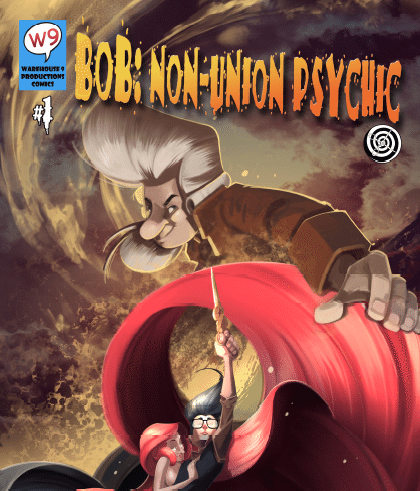 BOB: NON-UNION PSYCHIC #1: THE LEGEND OF LEGROS by Lance Lucero, Adam Volle and Francisco Resendiz is a unique, comedic comic that everyone should start reading. Why? Because you never see a duo quite like this fighting crime. A great-grandfather and his grandson using their psychic abilities to fight crimes? Genius. The first issue did a good job with introducing the characters well enough so you already have a good understanding of them and their world in issue #1. I personally enjoyed this different approach into the comic world and I can’t wait to read what comes next.

For those of you that didn’t get a chance to read issue #0, Bob is a hairdresser that has psychic abilities and his great-grandfather is basically his sidekick. They have a humorous, cute relationship that progresses as Bob learns more about his ability.

READ: Check out our BOB: NON-UNION PSYCHIC #0 Review To Catch Up!

One of my favorite parts about this comic is that you are aware of what is going on in the background while paying attention to the conversations between Bob and his great-grandfather. In the opening scene, Bob tells his great-grandfather about getting a psychic visit from Legros De Rumigny (the man that practically established hairdressing as a profession). During their conversation, you can hear what the TV is saying in the background. I think this technique gives it more of a realistic feeling, as if I was standing right next to them. The best part about the TV noise was the fact that it was Presidential Candidate Atticus Jackson, who is supposed to represent Donald Trump. It’s clear that they are making fun of Trump because of the characteristics (it’s literally a cartoon Trump), and by what he is saying on the TV. I think this adds to the humor in the piece as well as shows this comic takes place today. 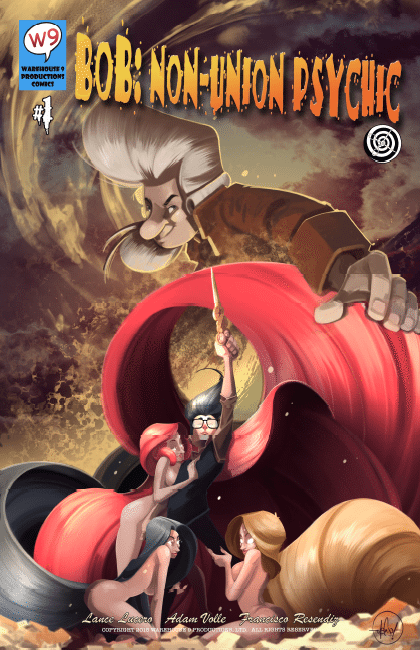 We’re aware from #0 that Bob is hesitant about joining the psychic world alongside his great-grandfather. After the battle in the last issue, it seems as if he’s more accepting of his talent. He’s able to get a reading from the hair of Legros De Rumigny, which sets up more fighting against evil later in this issue. This hair becomes essential, so the book takes us back to Paris in 1769 to give us a little bit more insight on the man that made such “great” wigs: Clovis Legrande, one of Legros’ rivals.

This “wig attack” in a sense is a great type of evil for this comic book. It’s so fitting, seeing as Bob layers, shaves, and cuts hair for his day job. The writers do well with keeping hair a theme in the story. We learn that the wigs are evil parasites that take over your brain and body, and the idea of using a wig as an enemy plays into the theme and is a great villain against a hairdresser. 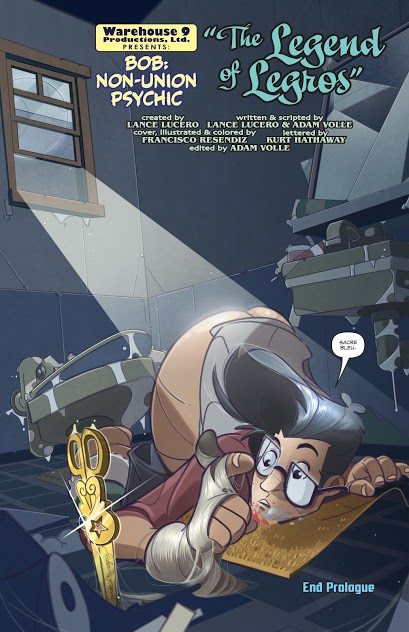 Once hell breaks loose at an auction for the old, famous wigs, Bob is there to protect everyone and fight against it with his knowledge of hair and his indestructible gold scissors. I thought it was pretty funny when Bob tried to fight the hair off with heat by lighting fire to a can of hairspray. Genius idea. Every girl knows we all have a love/hate relationship with our hair straighteners; they have a knack for burning our ends to a crisp, but they help make us look a little better.

READ: Like psychics? Here’s a guide through tarot cards!

Superheroes these days all have a day job along with their powers. Spider-Man swings around the city by a web but takes pictures for newspapers and Superman can shoot lasers out of his eyes but writes a mean article. Bob uses his psychic abilities to figure out who he needs to fight but can put more bounce in your hair than L’Oreal.

Another thing that separates Bob from other heroes is his weapon of choice. Yes, his psychic ability is a huge weapon for him, but the golden scissors are interesting. I like this idea of a normal hairdresser fighting off crime with golden, indestructible scissors. It sounds silly, but it’s actually pretty cool. I’m so sick of seeing a magical sword, a great shield, super-human strength, and any typical missile-like weapon. Aside from using the mind, nothing gets more unique than a pair of scissors. 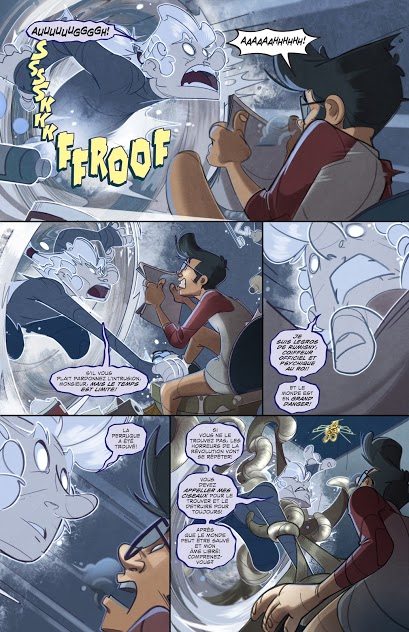 The plot for BOB: NON-UNION PSYCHIC #1 is just as good as it was in issue #0, I’d say; so are the characterization and art. Bob and his great-grandfather are awesome. Bob is a down-to-earth dude that continues cutting hair as his day job while getting used to using his psychic ability to take down evil. The great-grandfather is a typical, funny wise-ass that makes up most of the humor in this comic. He breaks serious situations with comical comments and is aware of his old age. You never see a duo quite like this.

It seems as if Bob and his great-grandfather are always together whether Bob is cutting someone’s hair or if they are trying to uncover clues in a new murder mystery. I’m a sucker for grandparent-grandkid relationships in shows, movies, books, and even in reality. I suppose it’s a relationship many of us can relate to. Minus the psychic abilities, but you never know. 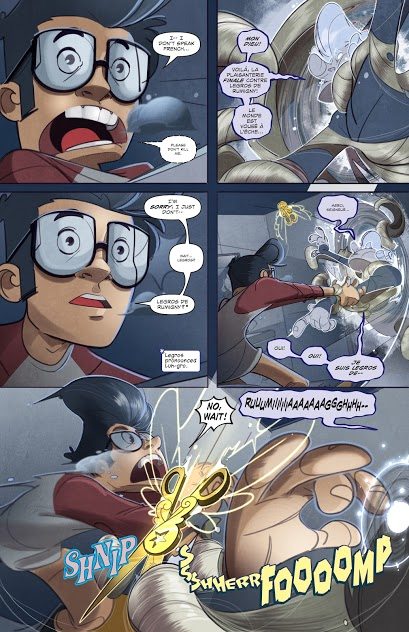 The art here is my favorite I’ve seen in a comic yet. The way the characters are drawn appears very different from what you usually see. Normally, the characters in other comic books are not as rounded and unique looking, but Francisco Resendiz creates a great, cartoon-like, detailed masterpiece on every page. He perfectly portrays the lighting and coloring of his characters and his use of color tones is impressive. I feel as if I’m watching this on TV rather than reading it.

In all, BOB: NON-UNION PSYCHIC #1: THE LEGEND OF LEGROS is a perfect issue to follow issue #0. Will Bob make it into The Psychic Union eventually, or will he continue to kick ass without those picky judges who are clearly missing out? I’m excited to find out and I personally can’t wait to see what Bob and his great-grandfather defeat in issue #2.