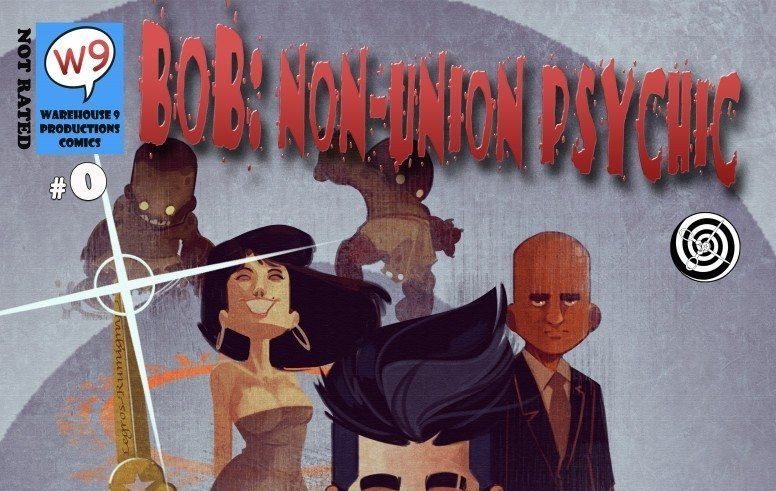 BOB: NON-UNION PSYCHIC #0 is a delightful read from indie publishers Warehouse 9 Productions & Comics.  It was created by Lance Lucero, Adam Volle, and Francisco Resendiz.  To get an idea of the content, think of a mash-up of GHOSTBUSTERS, BUFFY, and RICK AND MORTY.  Before I explain those beloved connections, I’d like to discuss the art.

The art definitely has its own style especially with the shape of the characters heads.  I like the originality of the bobble-head-esque noggins with their bulbous noses and large eyes.  It may look cartoony, but it’s still quality and eye-catching content.  There is quite a good amount detail when depicting the supernatural, spirits, and the gore, which is a huge plus.  One thing that caught me off guard was consistency issues with making Bob’s great grandfather and psychic mentor look as old as he should be.  Otherwise it was refreshing to see some unique caricatures. 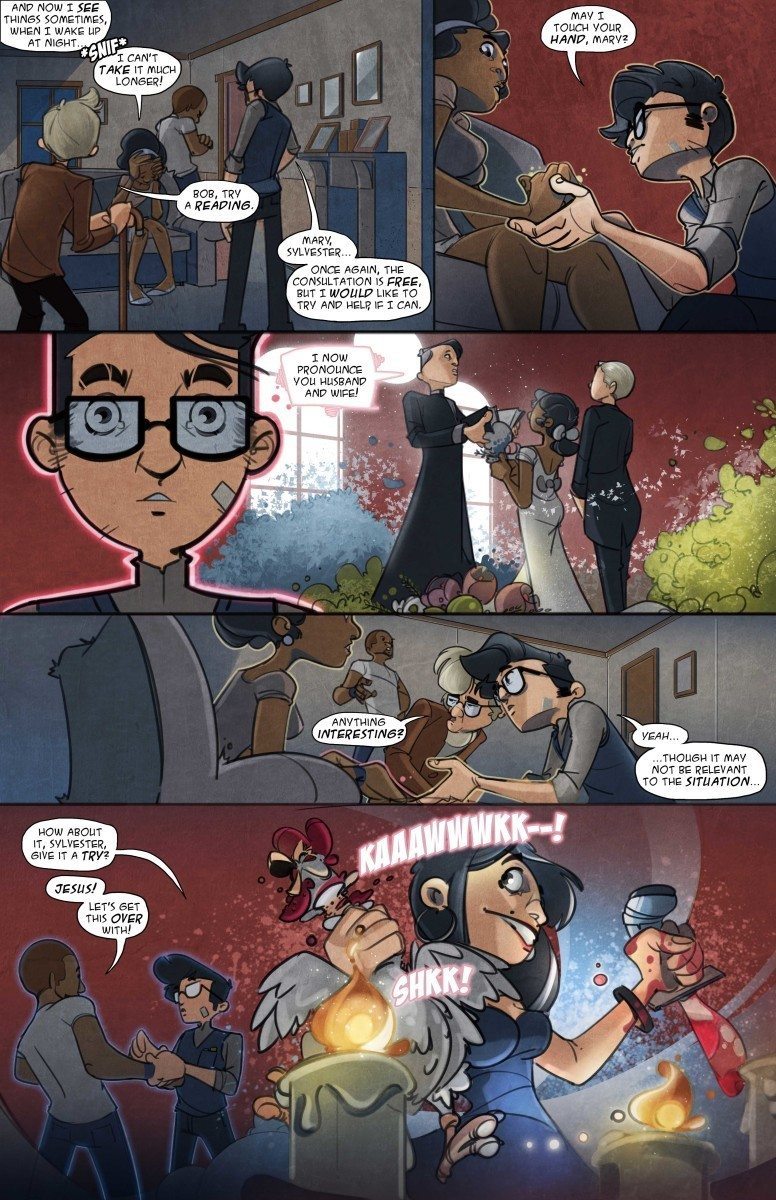 Now for the plot!  What I think makes this book succeed is the layered approach to Bob blossoming into a psychic.  When he’s not wheeling and dealing his scissors at his daytime gig, he’s off with his great-grandfather fixing evil, hexes, curses, and so forth.  That’s where the resemblance from the GHOSTBUSTERS, and BUFFY comes from and the humour with these interactions.   The partnership of Bob and the great-grandpa relates to RICK AND MORTY in a less dysfunctional way.  Bob is definitely more functional than Morty and the relationship isn’t as chaotic, but the actual journeys and developments are similar, specifically with the outcomes with the supporting characters- lots of humorous deaths.  I find this dynamic to thrive particularly in these types of paranormal activities.   The characters really play off each other, and the grandpa particular shines as the witty smart-alec. 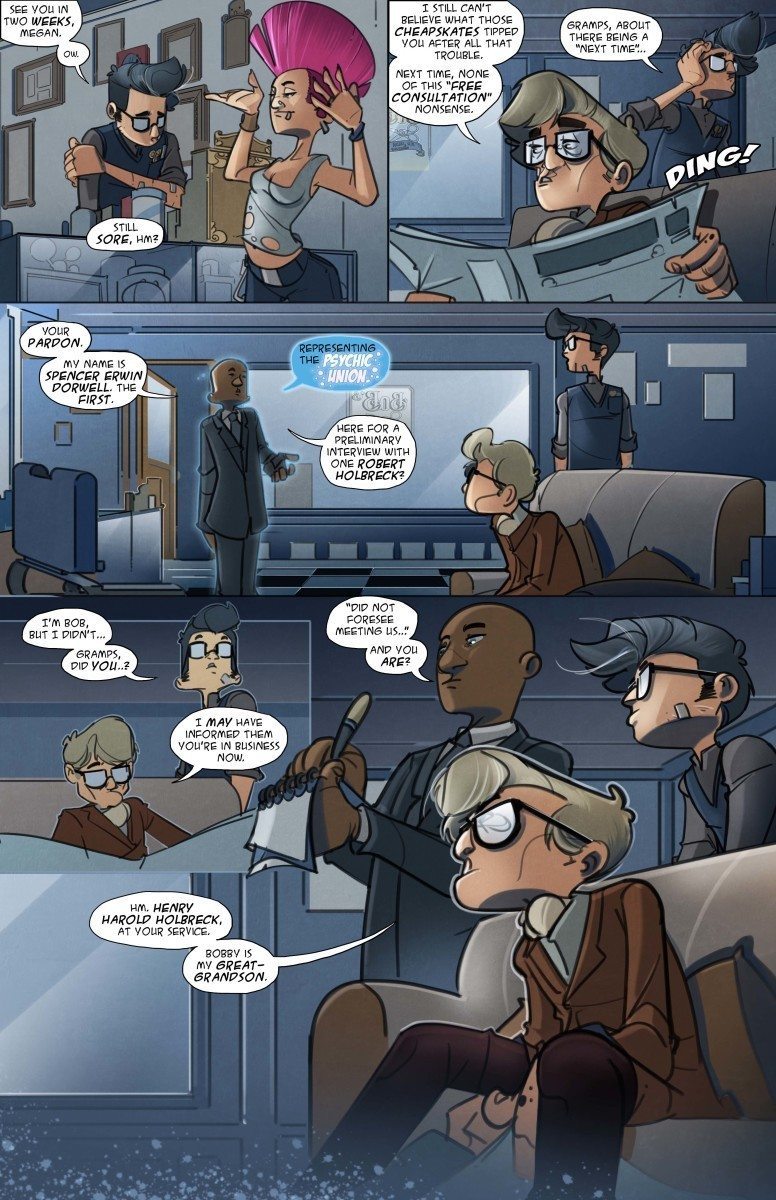 Bob develops really quite well as a character.  He comes into his own.  First, he questions his grandfather’s teachings, unsure if this is the direction he wants his life to go, but as their little missions progress and undoubtedly get more dangerous, he accepts his role.  With his lucky pair of golden scissors, he conquers his demons both literally and physically.

The grandpa provides a lot comic relief.  His comments and interaction with people in general are a nice touch.  He doesn’t necessarily have growth, but he doesn’t need too.  His role is fulfilling enough.  The secondary characters are admirable too, from the union psychic investigating whether Bob is worthy, to the couple who bring in Bob’s abilities to help.  They both add fuel for the grandpa’s tongue.

Overall, this book is a great find for any fans of the horror, comedy, and buddy-cop genres.  There is plenty of laughs, plenty of gore, and plenty of adventure.  It takes aspects of supernatural crime fighting into what feels like a fun and fresh version. This book does what it’s supposed to: entertain!

CLICK: Check out a trailer for BOB: NON-UNION PSYCHIC here!