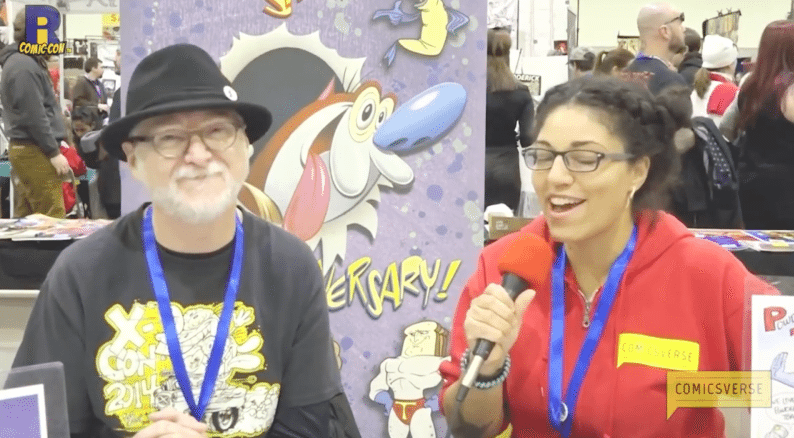 It was a boisterous weekend at Rhode Island Comic Con 2016, and I had a wonderful time in Artist Alley interviewing the legendary cartoonist and animator, Bob Camp. Bob is famous for his work on popular cartoon and comic favorites like CONAN THE BARBARIAN, G.I. JOE, THUNDERCATS, and THE REN & STIMPY SHOW (a personal favorite). It was an honor to sit with Bob and talk about art, what it takes to get started in comics, and his fascinating career trajectory over the years.

READ: Read into the value of maturity in cartoons created for younger audiences!

“I took art in high school—it was a disaster,” Bob said, words of wisdom for anyone interested in pursuing a career in comics, illustration, animation, or any creative field. According to Camp, you don’t have to be an amazing artist when starting out; you just have to be passionate and do what you like. From studying film in college to writing, producing, directing, and designing the TV and comic book characters we all know and love, he has done it all. Like many talented artists who emerged around the golden era of comics, Camp has gone from standing before a sea of possibility in cartoons to working for big names like Marvel, Cartoon Network, Nickelodeon, and Disney.

LISTEN: Love cartoons? Tune into our podcast on Larry Gonick’s THE CARTOON HISTORY OF THE UNIVERSE!

To all of you artists out there looking to get into comics, Camp wants you to remember this: Produce content that’s accessible to everyone; don’t ask, just do; and keep creating! With a long career behind him and plenty ahead, Bob said his favorite part of it all is meeting with the people who appreciate his work the most—the readers.

Bob Camp is a professor at the School of Visual Arts in New York City. You can keep up with him on Twitter @boblabstudios.