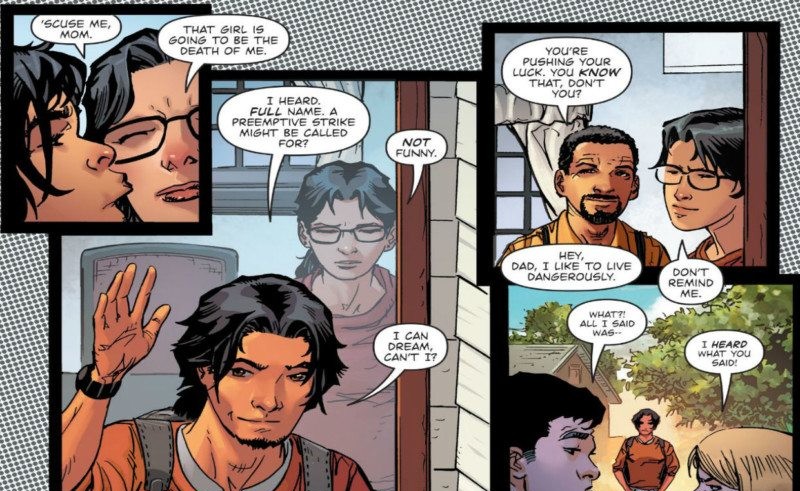 A young boy walks into the nearest comic book store of his neighborhood. He sees that the stands are flooded with new worlds to explore. Different lands, different conflicts. There’s a multiverse of possibilities for him to venture into. He grasps and he grasps, searching for a world that he is ready to claim, but there is a problem. In this vast sea of narratives, he can’t find a single character like him.

You see, the young boy in mention is a Latino living in East Harlem, a neighborhood known for its predominantly Hispanic populace. But even in an area riddled with people similar to him, it’s almost an impossibility to find characters he can relate to. He is surrounded by Peter Parkers, Bruce Waynes, and Booster Golds. So where are all the Spanish-speaking protagonists? 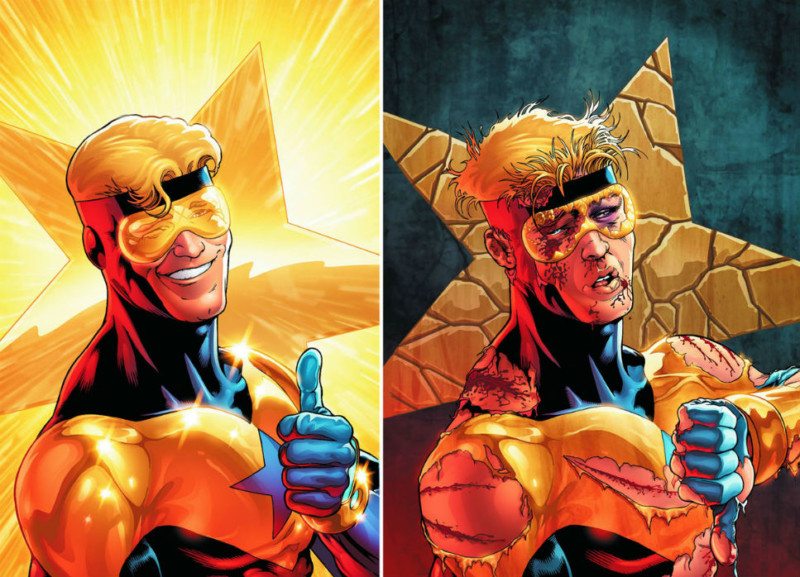 This is an experience I know too well. Becoming Spider-Man is a wish that many kids have dreamt of, but for many like me, it seemed unlikely because our complexion could never be as fair as his. Diversity in comics is something that has been emerging in the past two decades. However, there are still many cultures that have been left in the shadows.

When looking back, Latinos have had a minimal presence in the overall realm of comics. But within the past 20 years, we have seen more attempts to draw them into the mainstream. A character like Miles Morales, who is of Afro-Latino decent, is a great example. Putting him into the shoes of one of Marvel’s mightiest heroes is a big leap in a more diverse direction. Although in his case, he has more than one culture to satisfy, forcing me to bench him for the rest of this topic, the perfect example of a hero that can stand tall for Latinos across the world is none other than the Blue Beetle himself. 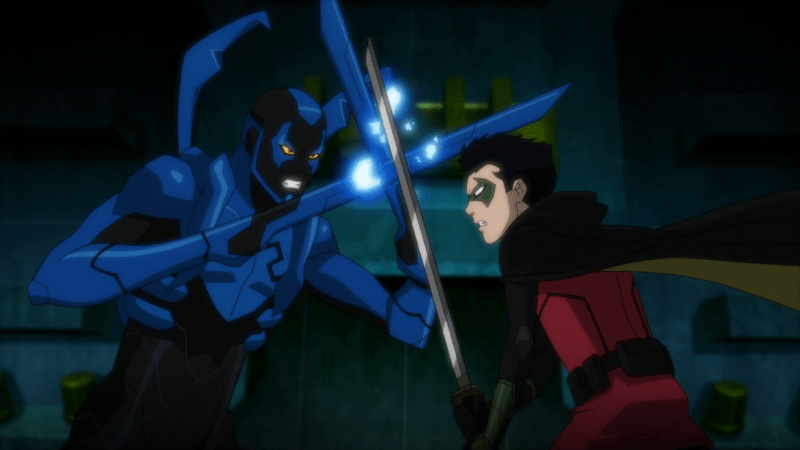 Jaime Reyes has become a more consistent figure in many mainstream DC story arcs, one example being his role in season 2 of Cartoon Network’s YOUNG JUSTICE as well as the 2016 film JUSTICE LEAGUE VS. TEEN TITANS. This is way more exposure than any other Blue Beetle portrayal has ever had (Sorry Dan and Ted), and presents hope to the masses that we may be seeing a more diverse plethora of characters on the team.

READ: Love YOUNG JUSTICE? Check out these five reasons why you should be watching!

DC’s Rebirth has also brought fans a refreshing look into the character we’ve come to love. In BLUE BEETLE: REBIRTH # 1, we get a front row seat to the life of Jaime Reyes, a kid who also just happens to be Blue Beetle. What makes him so important is that Jaime is just an average teenager. He goes to school, has dinner with his family, and hangs out with his friends. He may be Mexican, but it’s not a central plot point in his story. 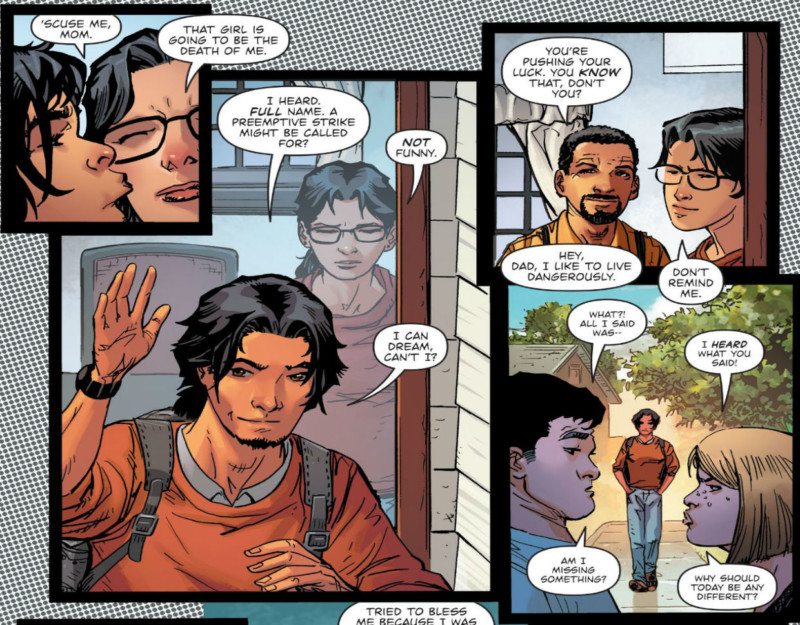 Writer, Keith Giffen, does throw subtle nods that allude to Jaime’s culture, such as when his aunt Amparo lets Milagro know that “there’s leftover chorizo in the fridge,” but these moments pass as regular dialogue, not appropriation. We never did a double take when the Ninja Turtles ate pizza or when Oliver Queen ate a Big Belly Burger. 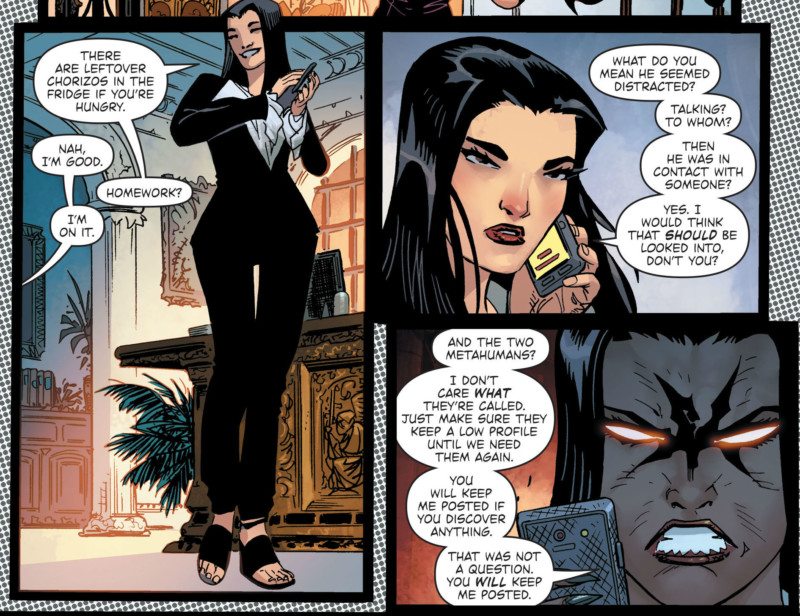 When it came to naming these characters, they didn’t just look at a “Top 20 List” either.  Giffen went with names that would fit the characters’ cultural background. I assumed he didn’t care about how hard it would be for someone to pronounce their names or whether you can roll the letter “r” properly to say dog in Spanish. He gave them regular names, names that Latinos, as well as people of other cultures, have, and his characters speak Spanish because it’s a language that their people speak, not because he wanted to exclude an audience that wasn’t Hispanic.

Fun fact: BLUE BEETLE: VOLUME 8, #26 was released as a special edition entirely written in Spanish. An English script was also included in this issue to ensure that non-Spanish speakers were not excluded. 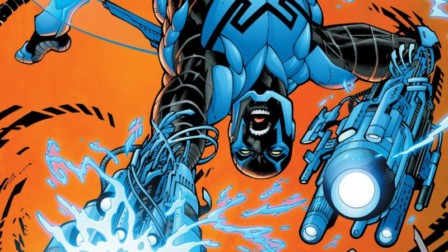 In BLUE BEETLE: REBIRTH #1, Scott Kolins and Keith Giffen have developed a character that embodies hope for a prominent Latino presence in comic books. They succeed at this, and even though both men are not of Latino descent, their portrayal of Jaime Reyes as an ordinary, Hispanic teen is more than any one of us could’ve ever wanted. Comics aim to give us real, international characters that any one of us can relate to. That’s what comics are about, inclusion without appropriation or stereotyping, and BLUE BEETLE succeeds in doing just that.

The hope is for that same boy (or girl) to one day walk into his local comic book store where he will continue to grasp at different worlds, with not only their vast narratives but also their diverse characters. Then and only then, can we start to truly feel how inclusive comic books really are.

What are your thoughts? Do you think we’ll see more Latino characters like Jaime Reyes appear in mainstream comics? Leave any thoughts or comments below!