BLOODLINES is a mini-series presented by DC comics that follows the story of several individuals, the first being a high-schooler named Eddie. Added to the stress of being a high school student is the fact that Eddie can’t walk. All of that changes, though, when a strange object crashes in the woods of Sullivan Field in the small town of Pine Ridge, changing Eddie’s life and the lives of others forever.

DC’s BLOODLINES was originally a story arc from 1993 that had aliens come to Earth to feed on the spinal fluids of humans. When the aliens had feasted on certain humans, a metagene would be activated, causing the humans to become superpower. Thus, a group of mutated super beings came together to call themselves “The New Bloods.”

READ: Looking for other DC titles to read? Take a look at AMERICAN ALIEN!

BLOODLINES is a six-issue run, with the first issue focusing on Eddie. We learn early on that Eddie hasn’t always been on crutches, but it’s not clear if that’s because of an accident or something else. In one early scene, we find him sitting in his bedroom, which is strewn with skateboard magazines and his own board, seemingly evidencing a previous ability to walk. In any case, he’s a sad kid, feeling invisible because of his disability. In a later scene, he drifts off from a party to drink by himself, away from the crowd. 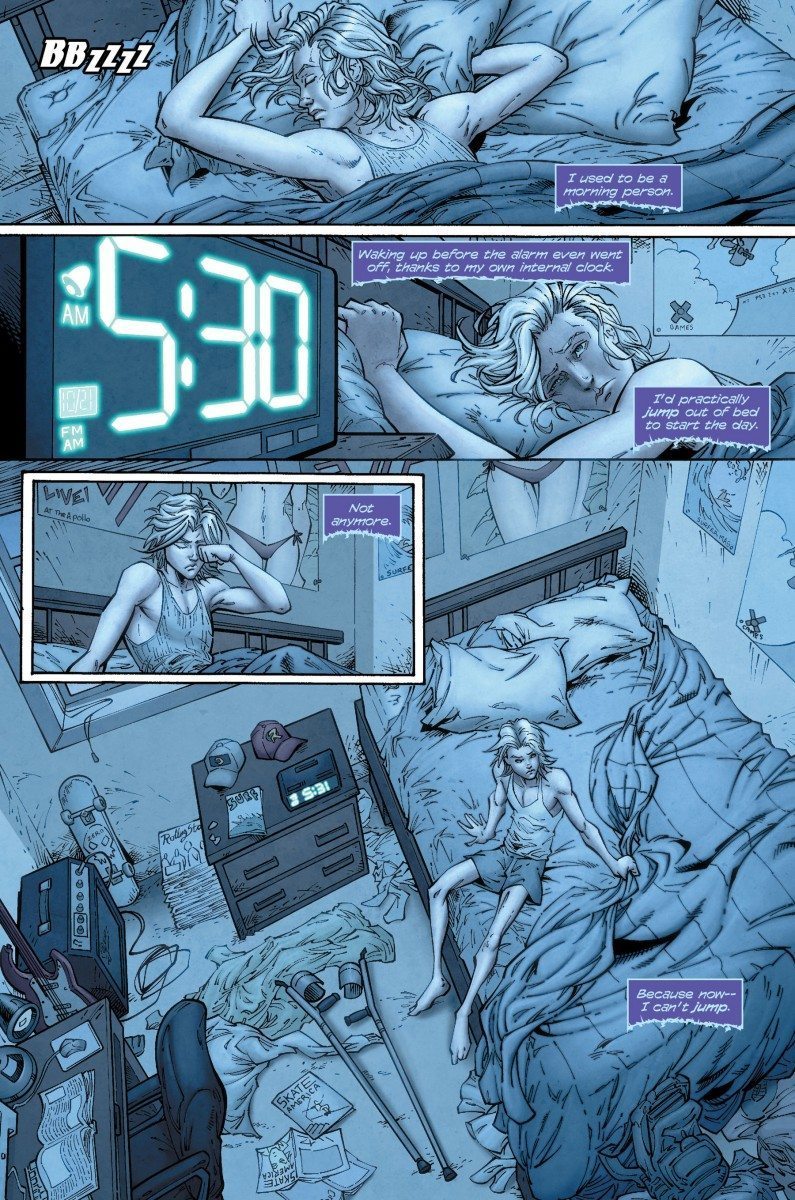 Accompanying Eddie in BLOODLINES are three other central characters. First, there’s Albert, a classmate that Eddie describes as “the smartest kid in school.” Albert is nervous and shy; I’d wager he’ll be the pacifist of this team. Next is Haley, a pierced and tattooed mechanic and seemingly a professional badass. She seems like the wild card of the bunch. Finally, there’s Stu, a cop with relationship problems who likes to take his anger out on his work. Of course, there’s also the question of how everyone gets their powers, and for all but Eddie, that question is still up in the air after Issue #1.

READ: Have a look at our latest review of BATMAN AND ROBIN ETERNAL!

BLOODLINES is written by J.T. Krul, known for his run on multiple Green Arrow stories (like “The Midas Touch,” “Into the Woods,” and “Salvation”). It’s likely that Krul is building up a story that’s similar to how Marvel’s Avengers came together, focusing on each individual in a solo comic and then uniting them to fight a common threat. This issue focuses mainly on Eddie, with brief cameos from the other main players of the story. I have a lot of sympathy for Eddie throughout most of this issue—until the end, when things escalate quickly. 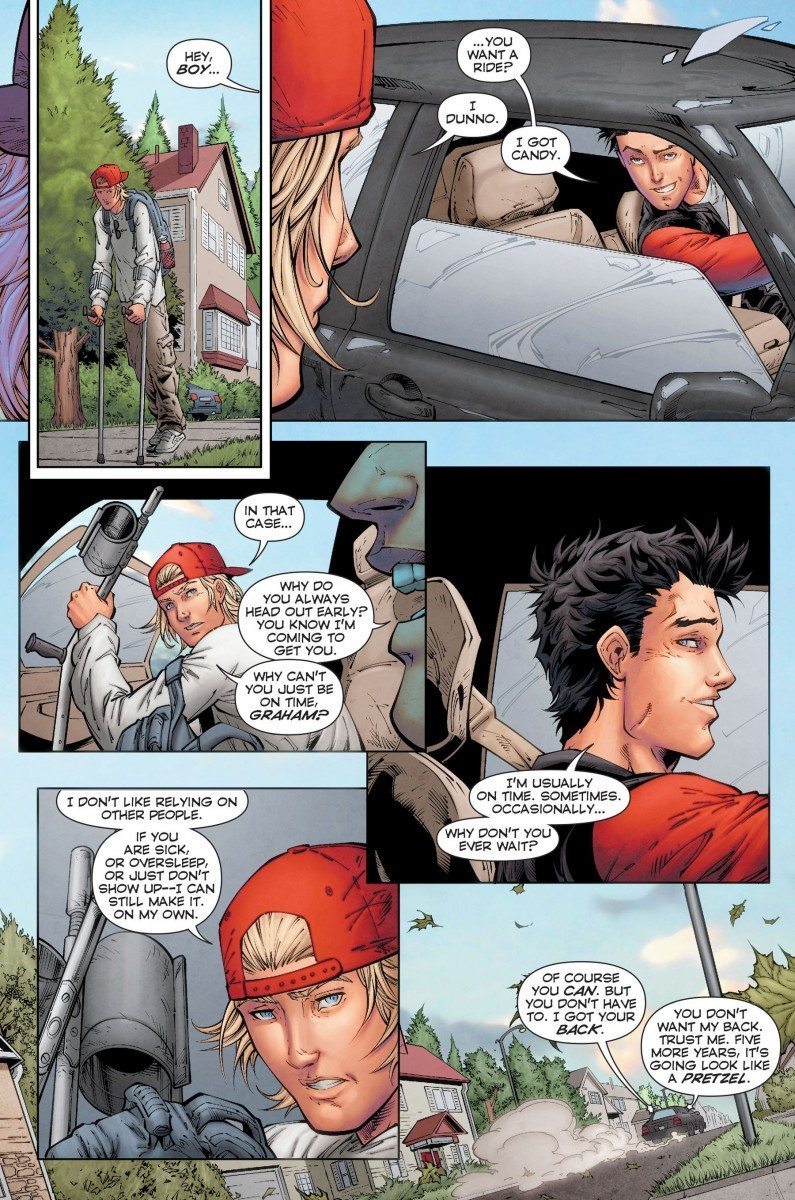 Artists V. Ken Marion, Sean Parsons, and Andrew Dalhouse execute this comic with a style reminiscent of Tony S. Daniel, a style I enjoy.  The art helps the characters pop off the page at appropriate moments, and I’m looking forward to seeing more of it in the coming issues.

Overall, I enjoyed BLOODLINES. It’s a strong alternative to the regular show runners like BATMAN and SUPERMAN. It also feels like a fresh start for DC, so hopefully it’ll catch on as a regular series after the DC Rebirth reboot.