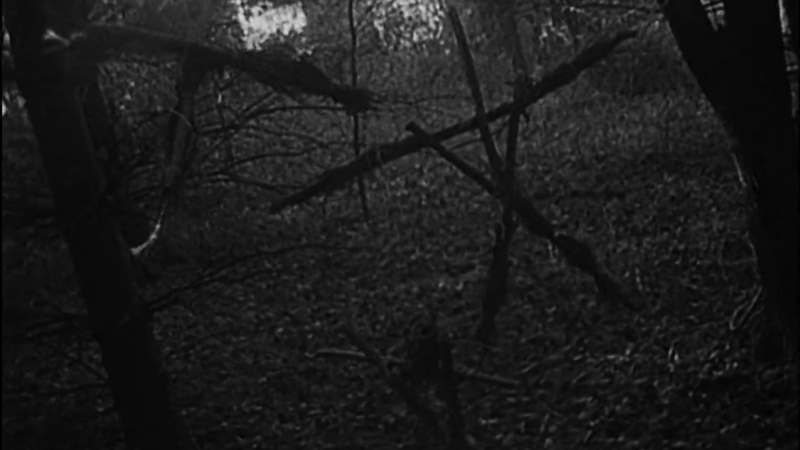 On July 16, 1999, the world was taken by the first entry in the found-footage horror genre: THE BLAIR WITCH PROJECT. This shakily shot film featured three college students setting out into the notorious woods that supposedly housed the Blair Witch, based on the Bell Witch of legend. Heather, Josh, and Mike are on their way to make a documentary about the witch when things go horribly awry and they find themselves in the clutches of the very thing they wanted to make their film about.

THE BLAIR WITCH PROJECT, despite the low quality of its budget and filmmaking, proved to be quite popular and many found it to be a truly terrifying experience. That’s why it should be no surprise that the film got a remake, like most popular ’80s and ’90s features are these days.

READ: Need some more horror? Check out Chris’s Top 5 Horror Comics To Get You Through Halloween!

BLAIR WITCH, originally titled THE WOODS to keep the real name a secret, follows James, the younger brother of Heather. He sees a video posted online that gives him hope that his sister may still be alive somewhere out in those supposedly haunted woods. We get a bigger cast this time, with James, his filmmaking obsessed friend Lisa, best friends Lane and Ashley, and the two motley urban explorers who filmed the video Peter and Talia. The group travels out into the woods to try and find the house where things abruptly ended in the first movie.

When it first began showing teasers as THE WOODS, BLAIR WITCH was said to be one of the scariest films viewers would see in 2016. Many who had seen THE BLAIR WITCH PROJECT were hyped for it, and expected it to be much better made and scarier than the first one.

Was it, though? Let’s take some comparisons between the two. 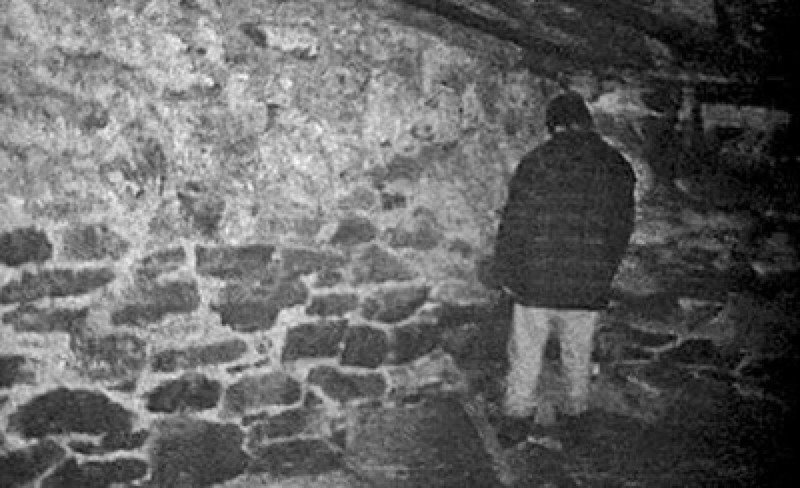 Yes, BLAIR WITCH uses the found-footage aspect, and it is a much better film than THE BLAIR WITCH PROJECT. The characters are more likable and fleshed out, and they even throw a few surprises here and there. But this isn’t an argument on which is better from a technical point of view, it is about which is ultimately more frightening.

Be warned: there will be spoilers up ahead.

From my perspective, THE BLAIR WITCH PROJECT wasn’t all that scary. The setup felt good, and some moments were fairly tense, but the only real moment that got close was the ending. I can see how the found-footage aspect might have been new and terrifying back in 1999 and how it might have gotten a lot of people. For its shoe-string budget and shaky cinematography, it did a decent job of making audiences feel like they were part of what horror there was.

BLAIR WITCH, on the other hand, is more of a character study than it is something that welcomes audiences to participate. The film is about James searching for his sister, and the friends and strange people who help him along the way. It displays their doubt, terror, and desperation as things begin to escalate. The moments where they are questioning themselves and the supernatural things going on around them are so much better than the moments where things are roaring or flying about the screen.

One such moment comes near the end when Lisa is trying to escape via an underground tunnel under the Blair Witch’s house. She gets stuck in the tiny, claustrophobic tunnel and breaks down into sobs before she hears a threatening noise behind her. Watching her struggle to push through what might be her tomb is terrifying and tense. 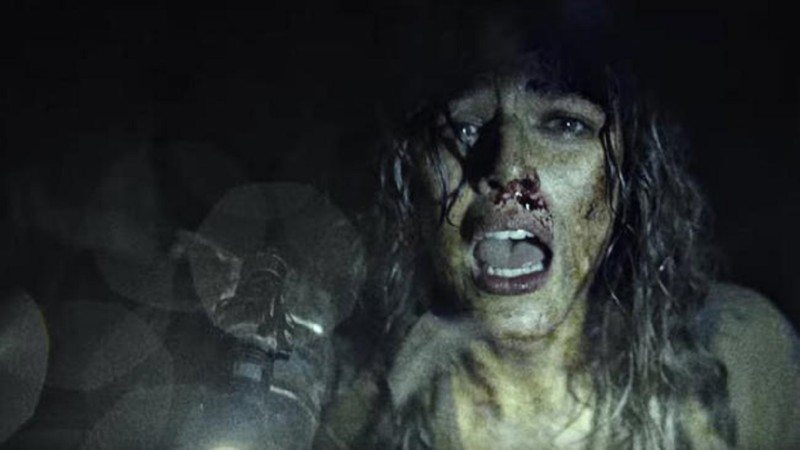 READ: Need some Swamp Thing in your life? Check out Horrors in the Swamp: a History of Swamp Thing.

Another excellent moment is when Lisa and James are in the attic of the house in the finale. The Blair Witch is behind them, out of sight. So long as they don’t look at her, she cannot get them. Both of them standing in rigid terror, sobbing, and then hearing the voices of their loved ones appealing for them to turn around is phenomenally riveting.

But then there are the moments that are far too quick to enjoy: the tent flying up, Talia suddenly having her back broken by one of the wooden stick dolls left by the witch. It all clusters together with no time to wind down, which kills the tension.

A criticism of original THE BLAIR WITCH PROJECT was its slow pacing. It took the time to show each and every movement, relishing in the build-up, and when the action did hit there were usually breaks in between the chaotic, scary moments and the tense moments where the characters realize they are facing something unnatural.

It is my opinion that BLAIR WITCH could’ve used a similar pacing. While it does build up the characters, the legend of the Blair Witch and the unusual occurrences taking place are just one thing after another. Boom, one down, boom ,they’re lost, boom the tent is flying into the air, etc. There’s no time in between all the chaos and rushing around past a certain point in the movie and, at least for me, that killed the horror factor somewhat.

Horror, when it is done at its best, tends to include a fear of the unknown and being helpless to combat it, despite knowing that it absolutely means you harm. Helplessness, desperation, and being confronted with elements beyond comprehension have made for some of the best horror films and games of all time, such as THE EXORCIST, [REC], THE OMEN, THE SHINING, and, as a personal experience, THE DESCENT. 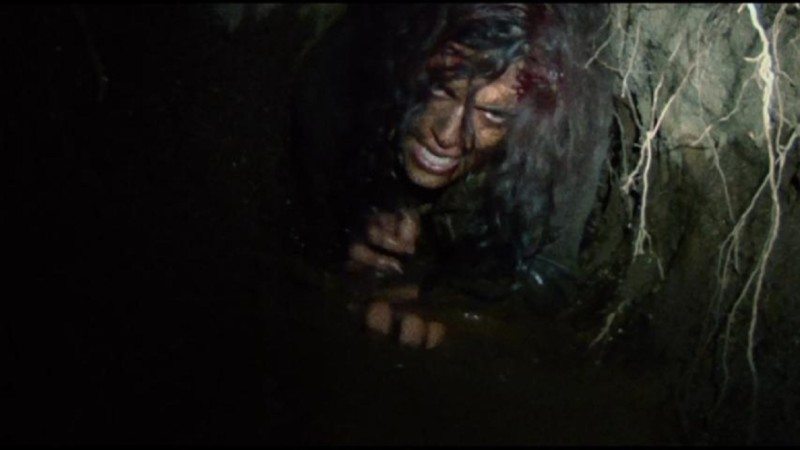 READ: Is bad parenting a joke? Find out in Bad Parenting In Cartoons: Funny or Facetious?

“All of these things are present,” you might say, “so why doesn’t it work? Why did it work in THE BLAIR WITCH PROJECT but not BLAIR WITCH?”

Well, I believe it is in the execution. THE BLAIR WITCH PROJECT worked because a lot of people thought it was real for a long time. They felt sucked in by the journey of three normal college students who couldn’t act that well, couldn’t wield a camera in the best of ways, and were trapped in a nightmare. To them, it felt real.

BLAIR WITCH, on the other hand, has better cinematography, better acting, better effects, and it even briefly shows the Blair Witch herself—which was a huge turn off for me. When you reveal your monster, you have to make sure it’s a good monster. The Blair Witch just seemed like a thin old crone with long arms and legs. That’s it. You never see the witch in the original movie and that worked to its advantage. Things were kept a mystery, so your mind would conjure up the most terrifying thing it could imagine.

BLAIR WITCH doesn’t have the illusion of reality on its side. It’s a bit too polished, even with the found-footage camera effects going on. Again, sprinkled in with all the chaos are excellent moments that were quite scary, but those get lost in the midst of a slew of Hollywood horror tropes and action. 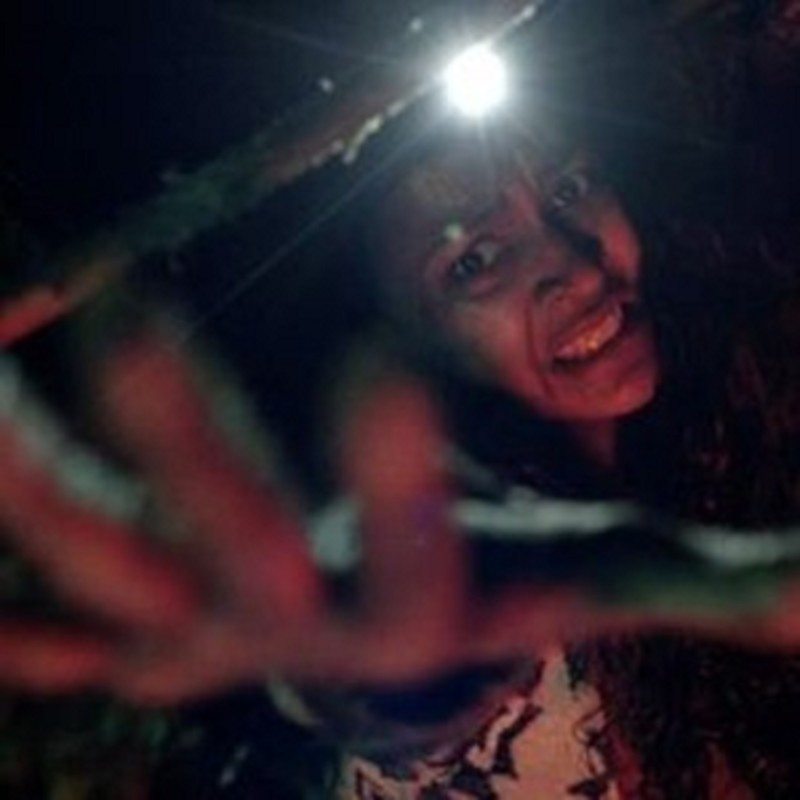 In terms of a fright factor, BLAIR WITCH does take the reigns. There’s plenty to like about it and it has moments that are tense and frightening. What it lacks is the illusion that made THE BLAIR WITCH PROJECT so frightening. It lacks the subtlety, the use of minimalism, and makes a grave mistake in showing the Blair Witch herself, even if it is just briefly.

Like most movies, it’s ultimately up to the viewer to decide if it’s scary. For my experience, I wasn’t let down per se, but I was expecting something much more frightening than what I got. It may wind up scaring the pants off of you, or you could find you prefer the original. You won’t know until you go see it, right?