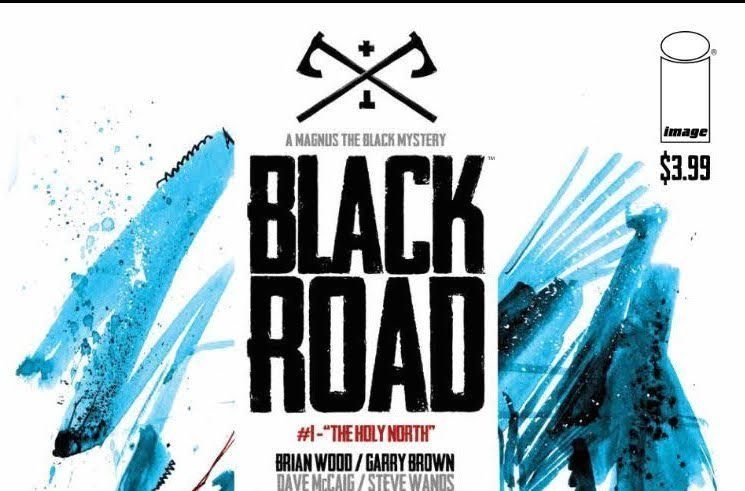 BLACK ROAD #1 is a thrilling, insightful romp for fans of history and action-adventure stories.

BLACK ROAD is such an interesting take on Vikings, which are not discussed often. Wood tackles discussion of religion overtly, without being too over the top.

“With NORTHLANDERS I went strictly historical,” said Wood. “But here we’re creating this almost heightened take on the Viking times, where Christian conversion was more like a military occupation, with churches dotting the landscape like green zones and there’s this highway of death heading forever northwards… “

This book overall is a character study of Magnus Black, motivated by the death of his wife to question his religion. Religion is a major theme, as much of the story consists of Black deciding if he’s going to convert to Christianity or remain Pagan. This decision ultimately decides who he will fight for in the end.

READ: Interested in Brian Wood’s other comics? Check out our list of the best Dark Horse comics! 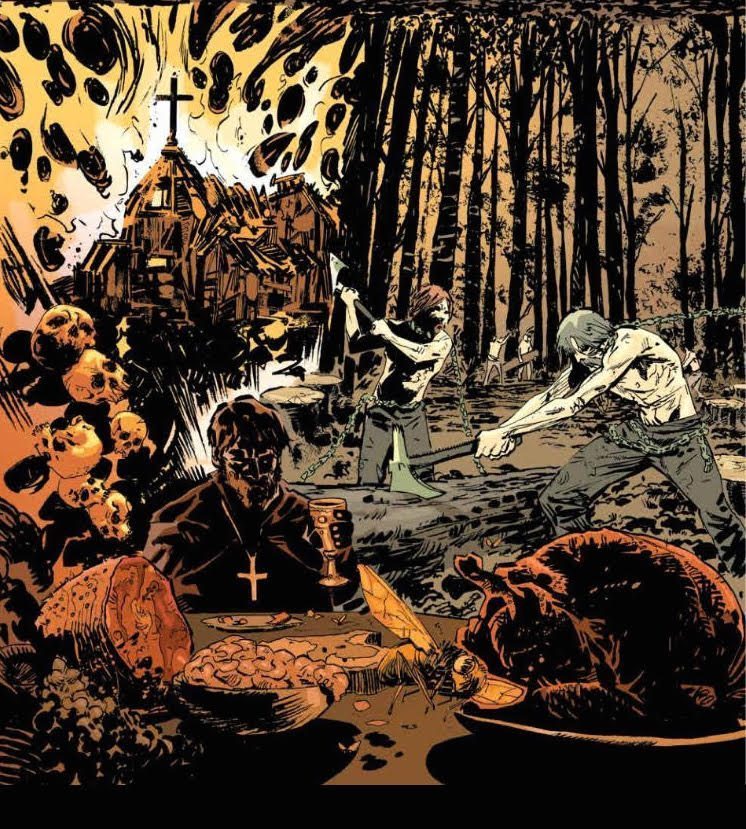 BLACK ROAD #1 was a good first issue because it supplied the historical context needed to set the story up, as well as outlining the plot in a way that makes sense and doesn’t confuse the reader.

Wood writes BLACK ROAD in two parts: the first is traditional narration and the second is dialogue. Both are presented well, but the narration sometimes seems to oversimplify the story. There are several occasions in which the narration generalizes and over explains the scene, slowing down the proceedings.

Garry Brown’s art is very complementary to the story. Brown presents us with sweeping landscapes and uses bold black outlines and bleak colors to heighten the drama of the narrative. He also does not tread lightly with the realistic violence, giving BLACK ROAD the darkness that it needs. Brown really shines on the pages that show the main attack on Black Road – these are violent pages, showing very clearly the violence and anger in the conflict.

One of my biggest issues with the art in BLACK ROAD isn’t even the art itself, but the font the letterer chose to print the text in. It is distracting and a bit sloppy, detracting some from the story itself.

WATCH: Check out our interview with another Dark Horse creator at New York Comic Con 2015! 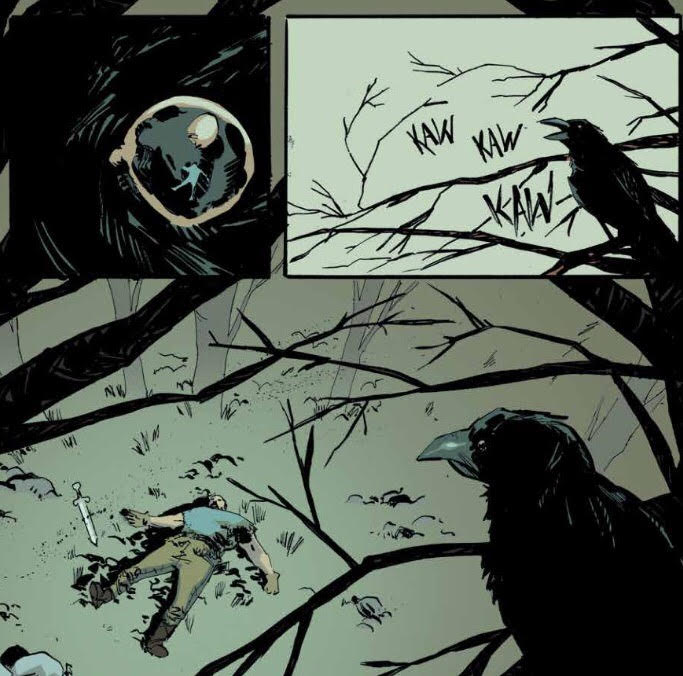 Brown and Wood’s Norway is brutal, aggressive, angry, and vastly interesting. Their depiction of this country is the biggest reason for the interest that I have for BLACK ROAD, and I look forward to seeing more. Intriguing characters, plot, and lovely artwork make this worth reading a few times, though there are a few small things that dampen the experience.

READ: Want to check out some new independent comics? Check out our round-up of Kickstarter projects!