It’s going to happen. BLACK PANTHER has gained such high praise, that Marvel would be off their rocker to not announce a sequel post-INFINITY WAR. With that in mind, let’s look at what could be in store for the BLACK PANTHER sequel that is sure to come. (Spoilers ahead!)

BLACK PANTHER Sequel: A Sure Thing

BLACK PANTHER’s uncanny amount of positive reception from fans and critics alike has created a demand for more. Kevin Feige, the head of Marvel Studios, said that it is the best Marvel film they’ve ever made. With all of this high praise and love for T’Challa and Wakanda, it makes sense both creatively and financially for Marvel to make a sequel.

Hopefully, it will be with director Ryan Coogler once again at the helm. Coogler has received much recognition for his love of the source material and passion for making its representation on screen the best that he can.

If, and it’s more like when, a BLACK PANTHER sequel is announced, it will most likely be after the announced SPIDER-MAN sequel in 2019, putting its release either in 2020 or 2021. It’s hard to know, however, as Marvel is very tight-lipped about their plans post-INFINITY WAR.

T’Challa and Wakanda after BLACK PANTHER

The end of BLACK PANTHER sees T’Challa cementing his role as king by choosing to reveal Wakanda to the world and be active in its future. While an untraditional choice, it shows T’Challa’s desire to be more than the kings who came before.  He desires to be a King that is beyond the mistakes and successes of the past rulers, most notably his father.

The ending of the film sees T’Challa and his sister Shuri standing outside the building where their father made his greatest mistake and created Killmonger as a result. T’Challa tells his sister that he bought it and the surrounding buildings in order to create a Wakandan outreach program. Shuri will be leading the science division as well. With that statement, T’Challa reveals his high-tech aircraft much to the amazement of the boys playing basketball nearby.

The first post-credits scene continues the reveal of Wakanda’s true identity further, with T’Challa’s presentation at the UN. After sharing his decision to have Wakanda have more global interaction, T’Challa tells the gathered group of UN members that Wakanda will start sharing more of its knowledge and resources. One ignorant member asks what Wakanda could have to offer the world, to which T’Challa gives a small smirk.

The State of Wakanda During and Post-INFINITY WAR

Based on the INFINITY WAR trailer, T’Challa and his kingdom of Wakanda will play a significant role. It appears as though the majority of the fighting on Earth takes place in Wakanda. Several Wakandan forces aid the Avengers against Thanos’ alien army. T’Challa leads the charge, fighting side by side with the rest of the Avengers. He also provides Captain America with new vibranium weaponry as well.

Everything points to Wakanda being center stage in INFINITY WAR as the main battlefield for Earth’s last stand.  This could be a bit of a problem for the people of Wakanda. They had long been reserved and isolated from the rest of the world’s conflicts. There will most likely be significant collateral damage during Thanos’ conquest, and not just to the Avengers. Wakandan lives will be in jeopardy to the degree that Wakanda won’t be used to, given their history. This could present some significant problems after INFINITY WAR, assuming Wakanda is still standing. It also opens the potential door for a great story arc found in Marvel Comics.

A NATION UNDER OUR FEET for BLACK PANTHER Sequel?

Much like CAPTAIN AMERICA: THE WINTER SOLDIER, Marvel Studios has an opportunity to have a BLACK PANTHER sequel closely follow an arc in the comics, A NATION UNDER OUR FEET in particular. Written by Ta-Nehisi Coates, A NATION UNDER OUR FEET has to do with the people of Wakanda losing faith in their king as a result of several attacks on the nation from outside forces.

Namor tried to flood the nation. Doctor Doom attacked not soon after. Finally, the most recent attack came from none other than Proxima Midnight, one of Thanos’ Black Order. The Wakandan people feel as though the Black Panther is unable to protect them, and resent their king. This causes more than a few sinister characters to orchestrate a revolution. 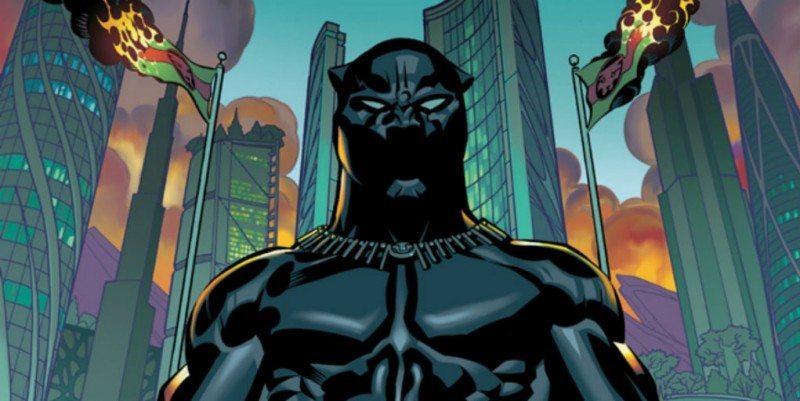 This would be a very interesting route to take a BLACK PANTHER sequel, as we now have some of the contextual origin factors already taken care of. Audiences are now familiar with T’Challa and his kingdom and would be ready for something to shake the status quo after INFINITY WAR.

Taking elements from NATION UNDER OUR FEET would make sense, just as CAPTAIN AMERICA: THE WINTER SOLDIER did from the Winter Soldier comic arc. T’Challa has the throne and is king after this first BLACK PANTHER film. The question could now be asked as to whether his people want him to continue having the throne.

Based on his recent choices to take Wakanda out of its traditional place in the world and the resulting consequences, they might not.

Wakanda and T’Challa’s story deserves more chapters and could go down several avenues.  While perhaps the most logical, A NATION UNDER OUR FEET isn’t the only one. Other paths could be explored. Shuri could take a more active role, and I’m sure no fan would complain.

In the comics, she has taken on the roles of queen and Panther in T’Challa’s times of absence. Would anyone say no to two Panthers, especially with one of them being as brilliant as Shuri? We’ll have to trust and hope that a sequel will be just as epic and well-handled as this first one. With any luck, it will be. Who knows? Maybe we’ll have the X-Men in the MCU in time, and we’ll see Storm as T’Challa’s wife from the comics!!