UNIKITTY Review: It’s About As Bad As You Think

But the flashy tech seems to have covered up what the show may be suggesting about ourselves, the viewers. BLACK MIRROR isn’t just about a world that doesn’t yet exist and technology that hasn’t yet appeared. To botch a quote by my lit teacher, “all art is about the human condition.” And BLACK MIRROR’s futuristic environments are the ultimate playgrounds to unleash human behaviors.

There are many ways the show bridges the gap between humans and technology. To make things simpler, we’ll focus on episodes featuring “cookies” and digital copies of people (“White Christmas,” “Black Museum,” and “USS Callister”). Through the interactions between real people and digital people, BLACK MIRROR suggests some bleak messages about our non-digital species. The show doesn’t just expose the tech’s faults — it reveals ours, too.

BLACK MIRROR is rife with examples of regular people delighting in cruel actions. In “Black Museum,” visitors gleefully electrocute a simulation with the consciousness of a felon. In “White Christmas,” Matt and workers at a police station delight in “breaking” cookies. Robert Daly in “USS Callister” is one of the worst: he enjoys subjugating, dehumanizing (literally), and terrorizing digital clones of his coworkers.

The show treats the digital clones just like flesh-and-blood humans. The only difference is that characters occasionally refer to the digital ones as being made of code. BLACK MIRROR even relies on the absence of tangible, uncanny-valley differences more than once to pull off plot twists. The show makes the viewers treat the supposed lines of code exactly like they would humans — we laugh, cry, and empathize with them.

So when characters like Matt and Robert Daly unflinchingly torture their subjects, it suggests that they would, on some level, under the right circumstances, do the same to other humans — and enjoy it. Is this a characteristic we all share? Sure, we may not be as cruel as Matt and Captain Daly in real life. But what if there were no consequences to our actions (that we know of, at least)? In the vein of Hobbes and LORD OF THE FLIES, what if laws are all that are keeping us in line?

The Best Television Shows of 2017 That Will Blow You Away

These characters believed that they were doing no real harm and operating within the law. To a lesser extent, we exercise this right to act sadistically in the bounds of the legal system, too. We feel joy when our enemies don’t get the promotion they vied for and mercilessly torture our Sims. Technology didn’t cause people in BLACK MIRROR to feel pleasure in other people’s pain — we were like that all along.

BLACK MIRROR doesn’t paint virtuous, upstanding protagonists. Not at all. Joe in “White Christmas” initially comes across as gentle and sweet, albeit reserved. He later kills his ex-girlfriend’s innocent grandfather. Nish from “Black Museum” seems harmless and honest… until she murders Rolo Haynes and burns down his museum. And no one would suspect that quiet, soft Robert Daly moonlights as a virtual dictator.

BLACK MIRROR shows us that, when pushed to a certain point, even kind, good people can do horrible things. Now, were they justified? In some cases, perhaps. Were they rational and the best course of action? Usually not. The show reminds us that underneath our happy “how are yous,” and Duchenne smiles lurks a Dark Side, and maybe we should think twice before provoking it.

We Don’t Realize How Much We Hurt Others

In an age where every magazine and well-meaning mother hounds us to cut “toxic” people out of our lives, doing so seems like a no-brainer. Of course, we should sever ties with people who don’t treat us well. Of course, we should turn away from friends who are flaky, fair-weather, or unsupportive. And in this Instagram world, it’s as easy as blocking someone from your profile. 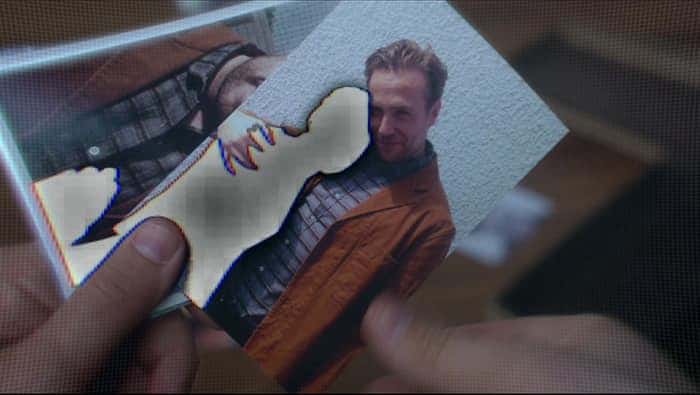 BLACK MIRROR places some cracks into this notion. As you know, in “White Christmas,” when Joe found out that his girlfriend was pregnant, he became excited about the future. But his plans didn’t match what his girlfriend wanted. So she “blocked” him, making it impossible for him to communicate or even picture her. Joe ends up being driven mad with the desire to see his daughter.

Robert Daly is the also object of some unintended aggressions. His friend and co-boss exploits his code and doesn’t appreciate him enough. Some of his employees don’t recognize him. Elena from the front desk smiles too little. To us, these are negligible grievances. But to Daly, it causes enough pain and anger to enact digital revenge.

BLACK MIRROR forces us to empathize with the people on the other side. (Albeit, in Daly’s case, temporarily.) Even though what we do to someone else may seem minor to us, it can leave a lasting impression on the receiver. People are more complex than good or bad, toxic or non-toxic. Maybe they deserve a snide comment, a cold shoulder. But a conversation to clear the air, an act of kindness here or there, might help everyone in the situation.

We Let Other People Hurt Us Too Easily

Sometimes we’re on the receiving end of the pain and confusion. Like Daly and other BLACK MIRROR characters experienced, sometimes others ignore us, block us, or do some other thing that hurts us. Daly’s employee bringing him the wrong sandwich, a mother quipping about her daughter’s weight, a friend accidentally forgetting to invite you to an outing. These could have harmful, calculated intentions… or maybe none at all.

Now, were they justified? In some cases, perhaps. Were they rational and the best course of action? Usually not. The show reminds us that underneath our happy “how are yous,” and Duchenne smiles lurks a Dark Side, and maybe we should think twice before provoking it.

But BLACK MIRROR Reminds Us We Can Learn

The show reminds us that sometimes we’re the villain, and sometimes we make out others to be one when they aren’t necessarily. Being aware of how your actions hurt other people is important. Likewise, understand that others may also not realize their cruelty. BLACK MIRROR wallows in a pit of pessimism and despair. But by looking at the show differently, it might teach us how to climb out of it.

Through the interactions between real people and digital people, BLACK MIRROR suggests some bleak messages about our non-digital species. The show doesn’t just expose the tech’s faults — it reveals ours, too.