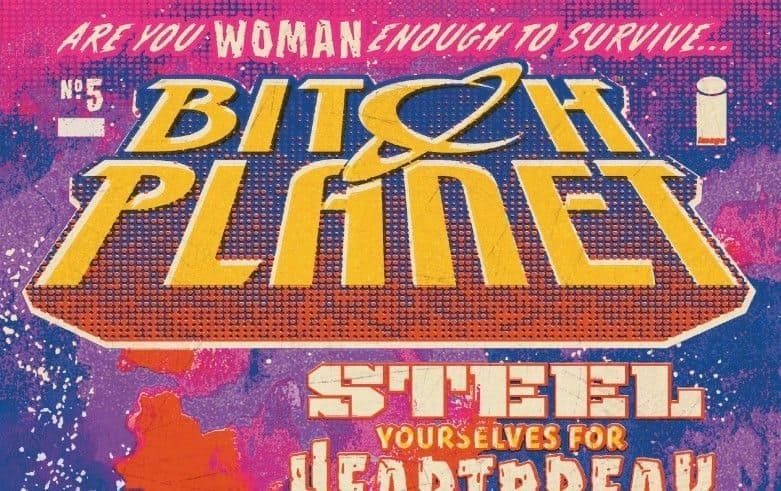 BITCH PLANET #5 is finally here after a lot of waiting, and it is time to actually start playing Megaton. How will it turn out? Let’s look at the issue to find out! (Okay I’m sorry for slightly breaking format, but I’m actually freaking out cause this issue was really good. Everyone must know this up front. I am in love with this issue and comic run, which you would know if you watched this video or listened to this podcast.)

Anyway, the comic begins back on Earth where the news outlets are buzzing about the second chance all of the NC’s have been given. This second chance is the chance to play Megaton with the men. Because of this plan a new stadium needs to be built, which the father is shown to be taking care of. Meanwhile, the NC’s of Bitch Planet get a chance to take place in their own scrimmage against the guards of Bitch Planet. This violent and unfair scrimmage is cut against the Father back on Earth blackmailing an architect into going to the area where the Megaton game will be played in order to see someone he konws who was sent to Bitch Planet. 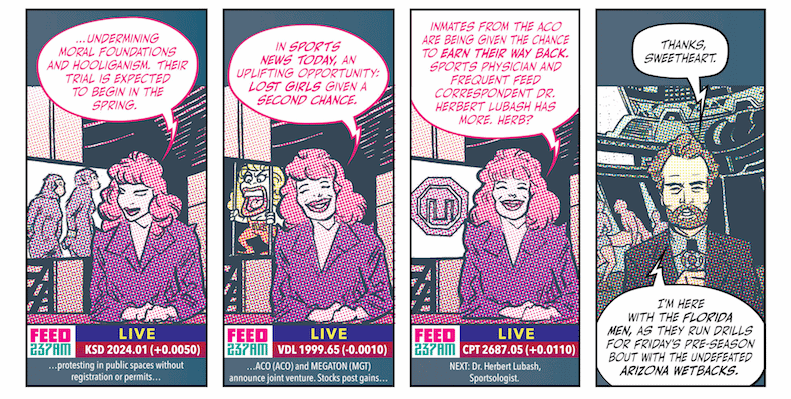 READ: We got an interview with a Wes Lorber of UNIT 44! Check out what he has to say about the series and life in comics!

Okay, that is just a basic plot summary, but first of all I have to say that there is a lot of information in this book: character beats, overarching plot, foreshadowing, and world building. It all exists within the span of 20 pages, which is a feat just within itself. Something amazing about the first run of fives issues is that BITCH PLANET has never lost site of what it is. It always delivers the same extremely gratifying punches. For example, this issue begins with a female newscaster telling the story of “An uplifting opportunity, lost girls given a second chance.” So many things are communicated in that small statement. It mimics the way that the news takes unsavory stories, and turns them into uplifting and easily digested narratives. First of all, the women of Bitch Planet are women, not girls. Second, they’re not “lost girls.” These women were put into jail for offenses that range from gross obesity to seduction and disappointment. Society has placed them there for bull shit reasons, but yet the news paints it as a lovely understory about some cute girls that just happened to lose their way. That happens today in society, and in that little moment that occurred in the third panel of this fifth comic I was already hooked. 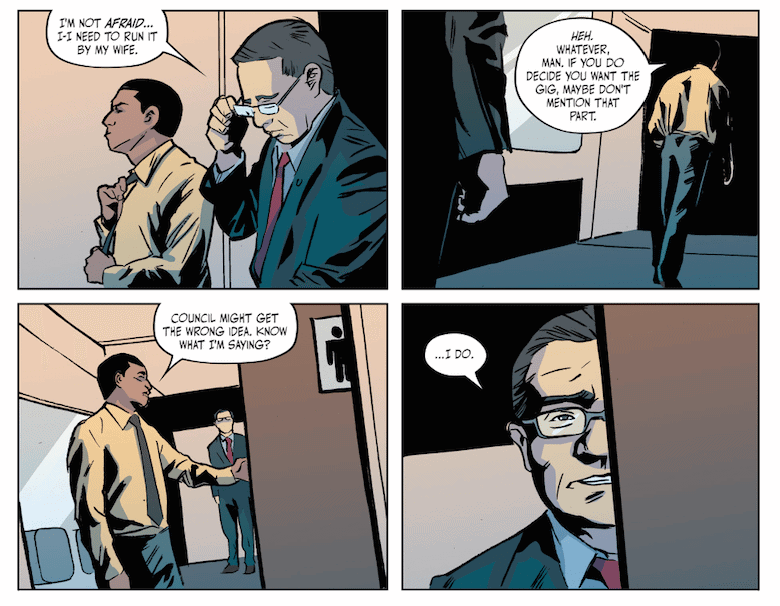 READ: Do you believe in Captain Marvel and Kelly Sue DeConnick? Check our look at Marvel’s TRUE BELIEVERS: CAPTAIN MARVEL!

And there are so many moments within this comic that are like that. Little examples of the way that men and women use language as well as actual physical force within society to suppress rights and voices of other women are everywhere. (There is also a node given to trisomy, which describes a person with an extra chromosome. She is thrown into Bitch Planet for that offense.) Valentine De Landro’s beautiful retro style art has never been more fulfilling or evident than in this issue. Every panel has a subtle moment that either informs the plot or informs the world. I seriously suggest that everyone take a very close look at all of the screens that are shown within the background of any panel because they are definitely foreshadowing things to come. (Can somebody shout ‘ELEANOR LIVES?’) There is also an amazing large number of heart breaking panels and reveals in this comic, but one is particular is drawn and colored so beautifully from a first person perspective that it just brings one poetic tear to my eye. 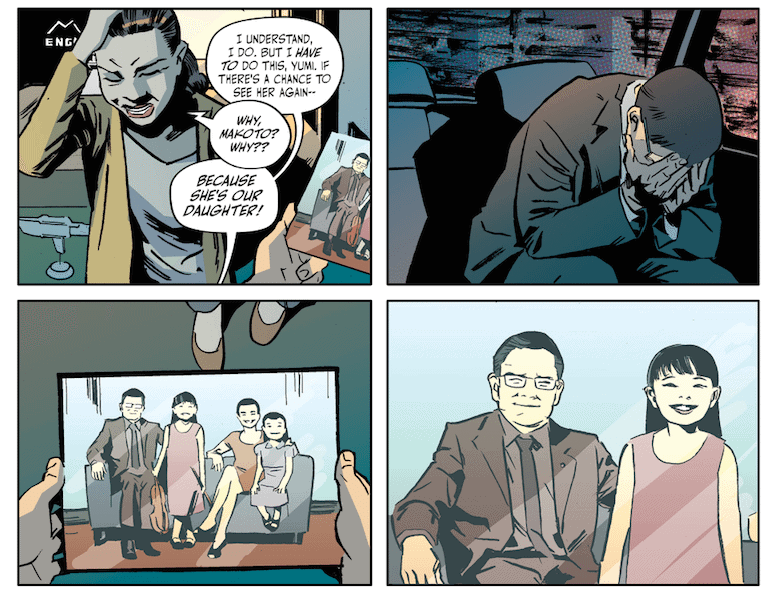 You need to read this. I can’t stress it enough. Not only is this one of the best feminist comics I’ve ever read, it’s also just a really really enjoyable book. The plot moves quickly and exists without being noticeable. The art is perfect for what this comic is about, and the characters will break your heart. Steel yourself for heartbreak, as the cover says, because BITCH PLANET is coming to rip us all to shreds.