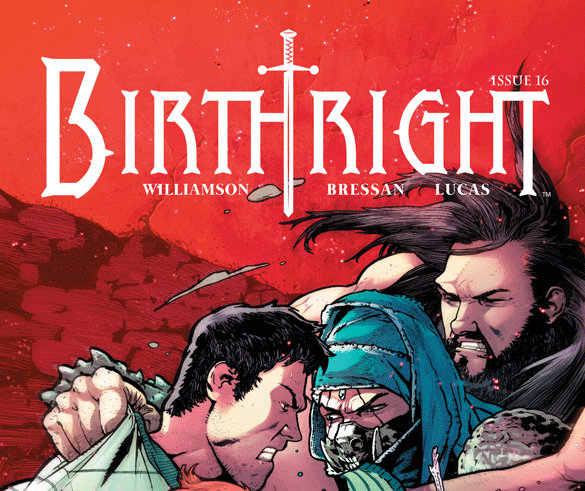 After a brief break, BIRTHRIGHT is back with an all-new arc. Issue #15 ended with a surprising revelation: one of the mages that Mikey has sworn to kill, Samael, turned out to be his grandfather. Then we had to wait two months to find out what happened next. Finally the wait is over and the issue takes no time in getting under way. BIRTHRIGHT #16 begins mere moments after the Brennan family makes this shocking discovery. Mikey is gravely injured and only his grandfather can save him, but there is a lot of anger and resentment behind this family reunion. Once Mikey is laid down to heal, Samael tempts his family, and the reader, with the truth behind all of this. But Aaron, Mikey’s dad, isn’t interested in this. He wants answers. He wants to know where his father was when he was accused of killing his own son. 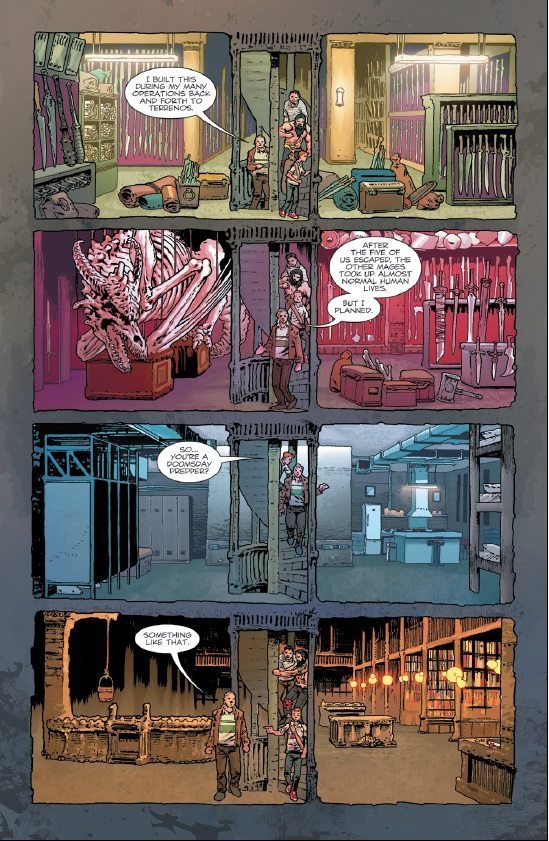 READ: Catch up on BIRTHRIGHT with our review of #15!

The really striking thing about BIRTHRIGHT is that while it has all the trappings of the fantasy genre at its core it’s really about family. Mikey’s return should have brought joy and happiness to the Rhodes family after all the years he was missing, presumed dead, but instead it has brought upheaval, heartache, and a lot of pure honest emotion. Joshua Williamson, for all the strong myth building he does around this series, never loses sight of what BIRTHRIGHT is really about. In issue 16 it’s no different. Sure there are golems and magic and dragon bones, but it’s also about a father trying to keep his sons alive in this crazy situation.

READ: We interview Joshua Williamson and Mike Henderson, the creative team on NAILBITER!

The most powerful moment in the issue comes when you think Samael is about to tell all. The paneling is tight, he has a knowing smile upon his face, and you get excited about what secrets he’ll reveal. Then you turn the page and bam, Aaron asks a very simple question and the tears start to flow (Aaron’s, not mine, but I wasn’t too far off). Williamson’s words here are strong and powerful, while Andrei Bressan draws a realistically uncomfortable argument between a recently united father and son. You can see the anguish and hurt pouring out of Aaron, and it is powerful stuff. 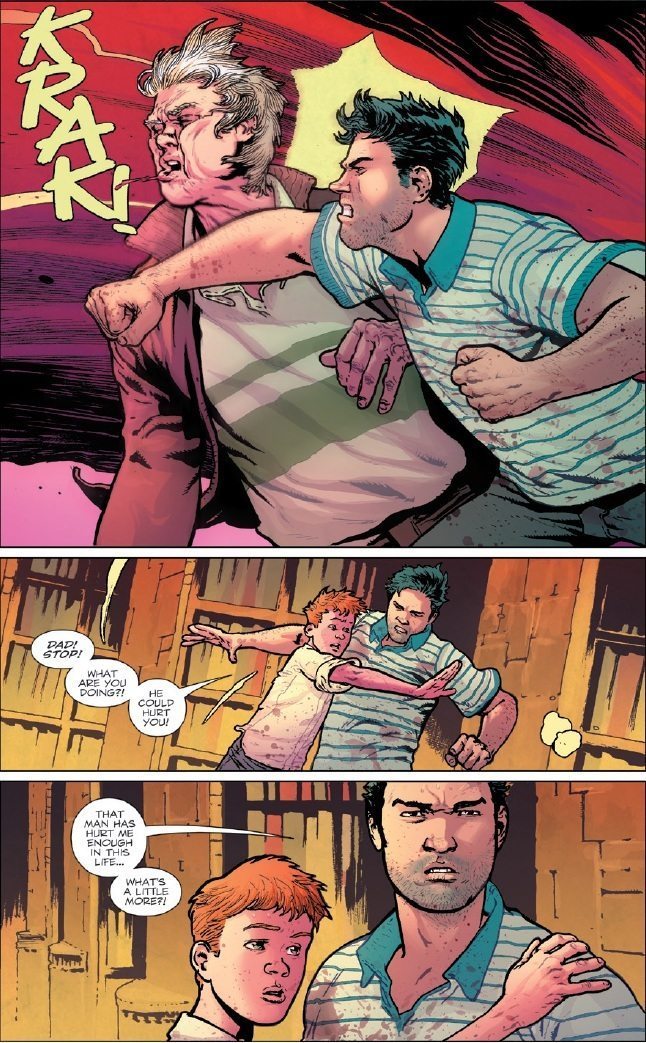 But lest we get too bogged down in the emotion, the issue itself has a sense of fun about it. When Samael shows his family into his underground compound, we are treated to a two-page spread of his collection room. These two pages are worth the price of the issue alone with the artifacts on display here. There are subtle, and not so subtle, movie references spread throughout this, and it was a lot of fun picking them out (HOOK, THE GOONIES, LITTLE SHOP OF HORRORS and THE WICKER MAN were some of the ones I spied). Bressan’s art is strong on every page while his fantasy character designs are unbelievable in their creativity. That last page reveal is quite the shocker!

WATCH: We caught up with BIRTHRIGHT‘s creative team at NYCC 2015!

So while the issue didn’t move that much plot forward, there were family issues here that needed to be resolved before we can go further. From what I’ve read so far, it seems that this arc will definitely be the most personal to date.