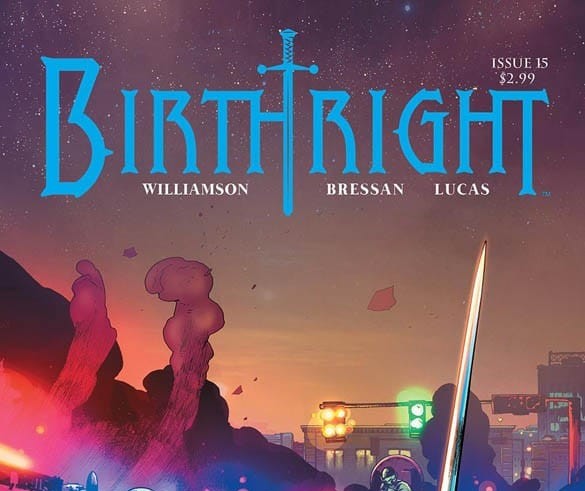 BIRTHRIGHT #15 opens with these words and I’ve had a few of my own too. This series has grown and evolved over the course of its run. It’s introduced a dense mythology that has only been teased at. At its heart is a story about family: the loss of a child, the breakup of a marriage, the grief it involves and the pieces that need to be picked up. But while it’s part family drama, part fantasy, it’s also steeped in mystery. From the shocking issue 1 cliff hanger to this issue’s gut punch reveal, it has given the reader questions it desperately wants answered. 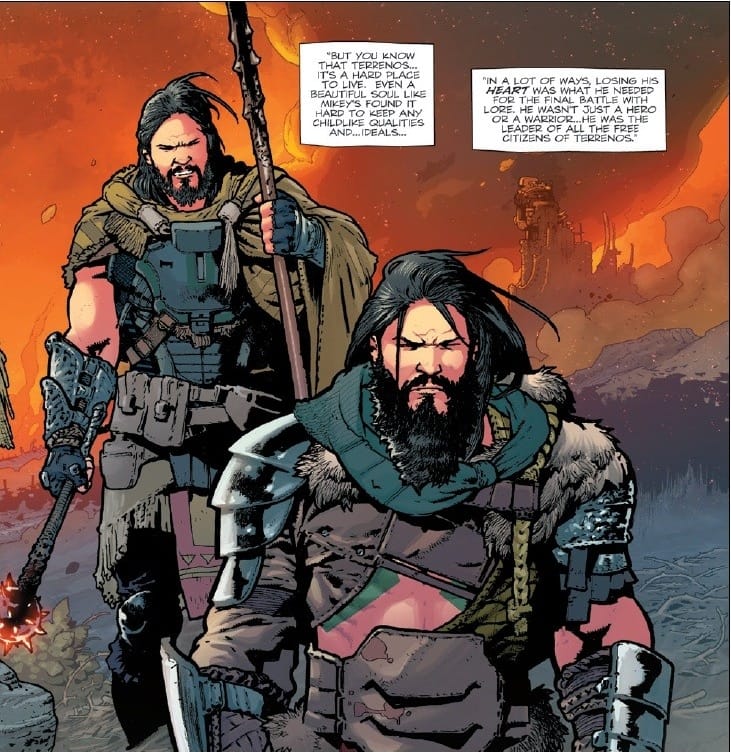 The great trick that Joshua Williamson pulls (and I think trick is a word that does a bit of disservice to his writing) is that with every answer he gives us, he adds a question onto it. The first issue’s reveal showed that Mikey was taken over by the Nevermind. How did this happen? The answer is that Mikey chose to help the Nevermind. But why? Everything is carefully layered and planned out and this ending of an arc (which really feels like just the beginning of one) answers so many questions in that final panel but also opens up whole new ones too.

While the issue begins with Wendy and Rya being interrogated by Mastema, the bulk of the action centers around Mikey, Brennan and Aaron. The brothers are surrounded by a SWAT team and a fight ensues. Just when all seems lost and Mikey is taken captive, somebody else enters the fray and the mystery begins again. Fortunately I got to meet Andrei Bressan at New York Comic Con last year and he said that Birthright is the only book he is working on. It’s something he wants to concentrate on fully and make it the best it can be. It shows on every page. He gets the family dynamic just right: the reactions, the heartache. Each touch of his ink brings a lot of humanity to the page. But then he cranks it all the way up to 11 when he introduces the fantastical elements. While there is not that much on show in this issue, a major fight scene takes place within a magical mist conjured by a mage. The shapes and horrors hinted at within those images are pure perfection. Bressan’s imagination seems to know no bounds and is a huge selling point for the magical side of BIRTHRIGHT. Colorist Adriano Lucas fills the issue with purples and blood red. Everything is slowly falling into shadow. 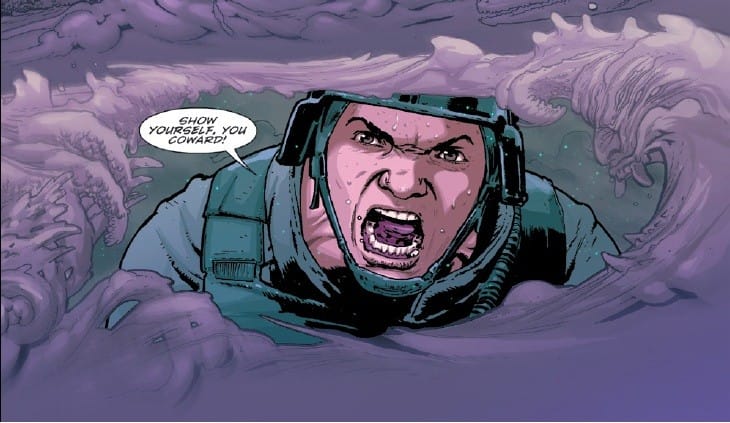 With the ending of this issue, the third arc of BIRTHRIGHT has been wrapped up. Mikey has made some very bad choices but we have yet to find out why. His family is still trying to put the pieces of the puzzle in place yet something just won’t fit. Some mages want him dead while others want him alive. If the ending of this issue is anything to go by, the returning issue in June will give us some answers. However, it will probably open the door to so many more questions. I, for one, cannot wait to ask them.