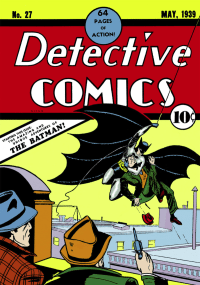 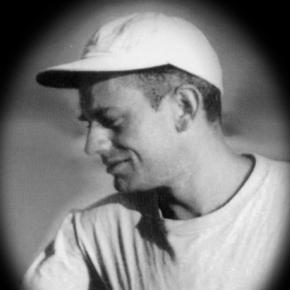 Bill Finger died in relative poverty and obscurity in the mid 70s. After helping create a legacy of pop culture phenomenons, his name is still not widely known. In fact, his name has only recently been seen in print on the cover of Detective Comics 27 in 2014. The 75th Anniversary of a certain Caped Crusader.

But why Detective Comics? What did he do that was so important, and why is it only coming to light now? Let’s set the scene.

A young artist comes to you for help. He has a vague idea for a superhero. He’s dressed in red, wears a mask and has colossal artificial wings. Bill sits down with him and over time develops the character and the back story.

Get rid of the red, give him a cowl with ears, make the wings a cape, give him gloves, make him a Detective as well as a superhero, his name is Bruce Wayne, his city is Gotham.

The character he helped breathe life into was Batman, the Dark Knight, which incidentally is a phrase he coined.

He helped write a lot of Batman’s adventures and created many of his most famous foes as well as the Boy Wonder, Robin. However, Bob Kane, who came up with the very basic concept of Batman, sold the rights to DC comics but was credited as sole creator of Batman. Finger didn’t fight it, he was glad he’d gotten the work.

READ: Love Batman? Read our in Depth Analysis of Frank Miller’s work with the character here

While Kane’s name become synonymous with Batman, Finger kept working but never got the credit he deserved.

DC comics released a statement through The Hollywood Reporter which revealed that this would be changing. Starting with the TV show ‘Gotham’ and then in the movie ‘Batman VS Superman’ Finger would get credit for his iconic work on Batman. This came in part from his family fighting for him to be recognised. And it’s finally worked. What the actual credit will be remains to be seen. Will his name appear in the comics? Nothing is definite at the moment.

What is clear is that Bill Finger will hopefully and rightfully be acknowledged for what he has given us. And for that we are thankful.

What do you think about Bill Finger finally getting recognition?  Let us know in the comments!