Over the first two decades of the 21st Century, comic book conventions have become massive pop cultural events. Shows like Comic Con International in San Diego, New York Comic Con, and to a lesser extent the Wizard World Tour draw Hollywood movie studios, multinational entertainment corporations, and celebrities of every sort, all of whom are desperate to tap into so-called “geek culture.” Meanwhile, for better or worse, the comics that are their namesake have become a smaller and smaller part of the large convention scenes’ draw. That said, all is not lost for those looking for an (almost) solely comics fix; there are still many smaller conventions that harken back to an earlier era.

On March 5 of this year, I had the chance to attend one of these more comic-focused conventions, the annual Big Apple Con. Launched by Comics retailer Michael Carbonaro in 1996, the convention initially grew from the ashes of several previous Northeastern cons. By the early 2000s, it was the largest con in the New York area, sometimes hosting 3-4 separate shows a year. However the introduction of Reedpop’s New York Comic Con in 2007 hurt BAC’s bottom line, as the former immediately became the preeminent show in the area, and Carbano was forced to hand over operations to Wizard World, who intermittently attempted to revive the show several times between 2009 and 2013. The founder was able to regain the rights to the name in 2014, and relaunched the convention successfully in 2015, leading into this year’s event.

READ: Check out this account of a first-time convention visitor!

The first visible, and most obvious ,difference between a small-scale show like BAC and NYCC is venue size. While the latter takes place in the enormous Javits Center, Big Apple Con is held in adjoining ballrooms of the Penn Plaza Hotel. This leads to a cramped, almost maze-like layout of dealers that’s much trickier to navigate than NYCC’s hyper-organized and numbered rows. The dealers themselves are different as well. While a majority of the larger con’s space is taken up by streamlined expensive booths filled with glass cases of merchandise that mostly tied into major media, the smaller con’s sellers mostly have a DIY flea market look, with tables filled with long boxes of comics or action figures. 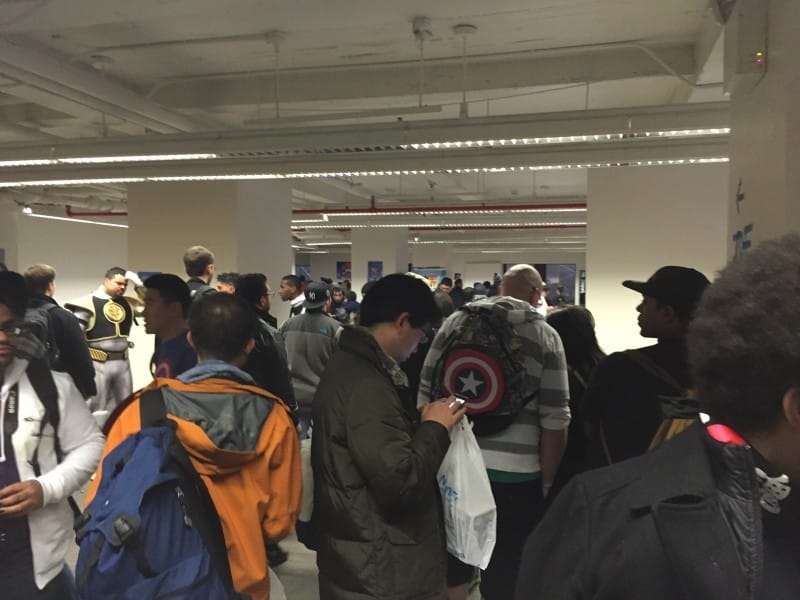 The artist alley/signing area is vastly different as well. Instead of the glossy set-ups of big-name comics pros, Big Apple Con’s AA is filled with up and coming writers and artists, with a few legends like Jim Steranko and Neal Adams thrown in. As far as celebrities, there are none of the big name genre stars that larger conventions boast; instead there are a few past their prime professional wrestlers and 90’s TV stars.

While the above may make it sound like NYCC is far superior, there are actually numerous pros to a BAC type of con in my opinion. While the layout of the show-floor may be more confusing, the comics-first dealers are actually a welcome change. Most of them are fans themselves and are a pleasure to talk to. From a retail standpoint, they usually have much larger inventories of comics, including tough to find series and obscure runs, and are much more willing to haggle on price and ensure customer satisfaction than a majority of those I’ve encountered at NYCC. 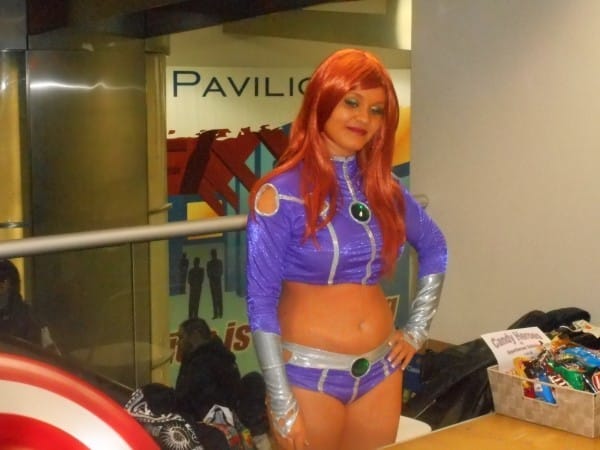 Similarly, while the lack of big-name creators in artist alley can initially be off-putting, it can actually be very refreshing to walk around looking at and supporting the work of writers and artists trying to break into the business, who would most likely not be able to afford booth space at a major show. In addition, the few big names that are present are able to take more time to interact with fans than they are during larger, more hectic cons. Also, while the pedigree of the celebrity guests may not be nearly as high, the fans truly didn’t seem to mind. In fact, the line for Jason David Frank AKA Tommy Oliver of the Power Rangers franchise was longer and more boisterous than a majority of NYCC’s celebrity lines.

While there are many major positives to the expanding importance of comic cons to the pop cultural landscape, I believe it’s severely important that smaller comics-focused shows like Big Apple Con continue to exist. It allows fans a closer connection to new creators they’ve never heard of, and it also allows for a more cost-effective retail environment.