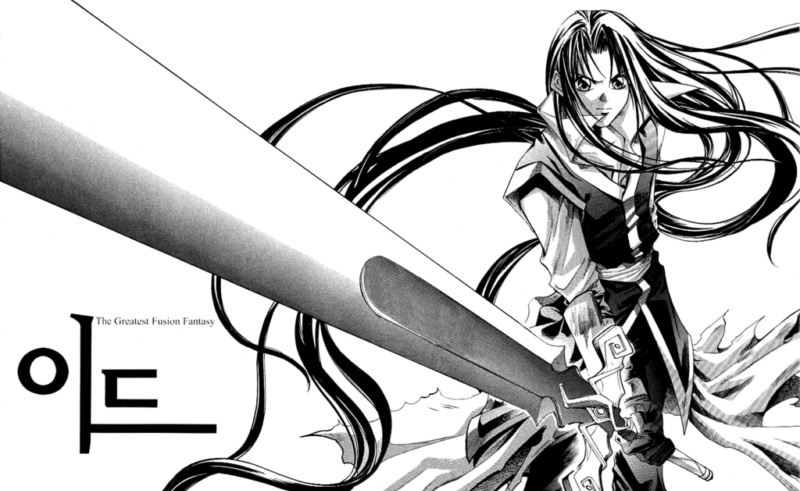 Beyond Manga is all about the vibrant world of Asian comics beyond Japanese manga.

For those who don’t know, manga are the sensational Japanese comic books that have swept across the globe and inspired hundreds of wildly popular anime (Japanese animated shows and movies). The world, however, is less familiar with Korea’s powerhouse competition to manga: manhwa. Manhwa is the awesome little sister of manga, who doesn’t like talking about her because they’re scared she might be cooler than them.

This edition of Beyond Manga is going to explore a bit of the history of manhwa, it’s stylistic differences from manga, and take a look at a few manhwa titles that are going to blow your mind.

Manhwa is stylistically very similar to manga. They share the same black and white drawings characterized by large eyes, wild hair, and intricate shading. One of the first major differences is that manhwa is read from left to right, instead of the traditional right-to-left style of manga. In addition, character names in manhwa are starkly different from those in manga. Korean names are written in two to three parts; for example, the main character of IMMORTAL REGIS is named Chae Jae-Hyuk.

Stylistically, the character designs will look more modern and fashionable than their manga counterparts. Character personalities also come off as grittier. Manhwa characters tend to be motivated by personal emotion rather than vague idealism. One thing that

One thing that manhwa and manga do have in common is the rich history of culture behind them.

READ: New to Manga? Check out our introduction to the art form!

A Brief History of Manhwa

Unlike manga, manhwa had a relatively free-form period of development in the late 1900s. Korean comics were a form of humorous political protest during the 60s, 70s, and 80s. They were a roundabout way of speaking out against the then militant government of South Korea. As the country began to go through democratic reform in the late 80s and 90s, manhwa began to expand into more lighthearted entertainment and storytelling in the form of romances, zombie flicks, and superhero comics. It took on influences from Japan’s manga industry and evolved into the storytelling monster that is modern Korean manhwa. 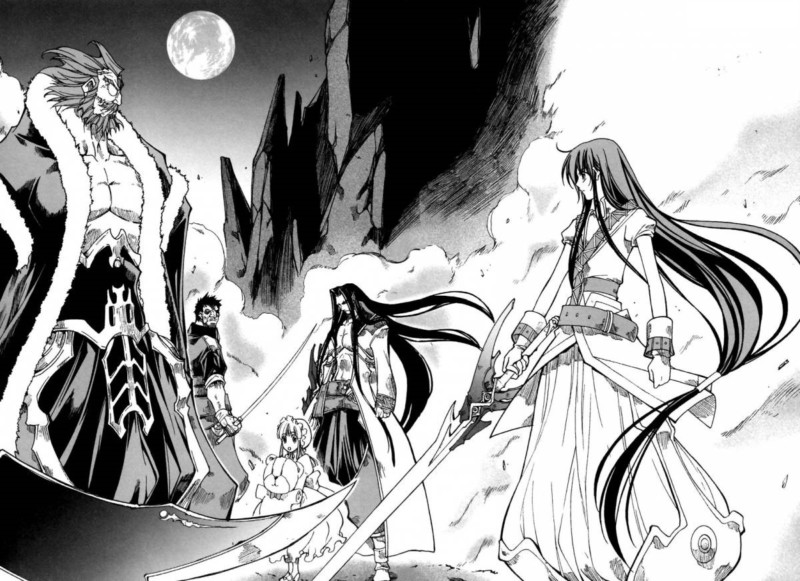 Because of its colorful history, subtle differences appear in the storytelling and characterization of manhwa in comparison to manga. Japan’s manga industry is rather infamous for the cutthroat nature of its magazine publications and the overbearing pressure on artists to insert popular comic elements, such as fan-service and gag jokes. The Korean comic industry is less stringent in pressuring artists to produce cookie-cutter comics for subscriptions. Manhwa artists have been able to develop full-bodied narratives and unique characterization that proudly stand apart from each other.

One of my favorite examples of this is VERITAS. The comic seems entirely generic if you’re just looking at a plot summary; kid gets hauled away to secret school where students learn supernatural martial arts and battle it out regularly. That’s where the cliches end, though. Gruesome murders are a regular occurrence at this school. Some students will die to protect clan secrets, some for each other, and some fight to the death for nothing more than their pride.

VERITAS begins as a cliche scenario and fleshes it out to its full potential with a story driven entirely by its charismatic cast. It’s just one of many series that showcases the cultural distinctiveness of manhwa’s characters.

The main characters of manhwa are memorable because of their distinguished personalities. It’s a stark contrast to manga heroes, who are usually just an amalgamation of cliches (Friendship! Righteousness! Tenacity!) The MCs of manhwa are complex. The line between good and evil is blurry, and characters will cheerfully cross it to get what they want. At the end of the day, manhwa MCs aren’t just a bunch of cobbled together cliches. They have organic personalities with complex motives that go beyond the “Because it’s the right thing to do!” trope.

In fact, manhwa characters have a tendency to do the wrong thing. One of my favorite aspects of manhwa characters is their crass personalities. Korean comics are often led by a main character who cusses and kicks his way through the story. CAVALIER OF THE ABYSS and VERITAS both showcase characters whose actions are ruled by violent emotions rather than a sense of justice. They fight dirty, assault their enemies with a deluge of cussing, and never swallow their pride — even when it earns them a beating. Their quickness to disregard the greater good for their own reasons makes them feel human. Vengeance may not be an admirable trait, but it sure is relatable.

READ: Want to know what our writers think the top three manga of 2016 were?

If fiery and fashionable characters sound awesome and you’re ready to dive into the world of Korean manhwa, check out some of my favorite Korean manhwa titles:

Jae-Hyuk barely scrapes by, working part time jobs and scrambling for every penny to take care of his ailing little brother. His life is turned upside down when a Demon Princess, Serin, kills him. She brings him back to life as her immortal undead servant, bound to her by blood. He quickly learns that his new body drains the life force of everyone around him, including his fragile mortal brother. In order to contain his powers, Jae-Hyuk travels to the world of Chaos with the help of Serin’s Flame Spirit, a magical key that allows passage between the worlds. In Chaos, he must learn to control his powers to earn a Flame Spirit of his own that can bring him back home to his brother.

IMMORTAL REGIS sets itself apart from other lengthy comics in its concision: REGIS has a story to tell and does so without dragging it out. It keeps you reading with its solid developments like the introduction of the Chaos factions and Jae-Hyuk’s selection to wield the living weapon Depore. IMMORTAL REGIS kicks off very strongly in art, characterization, and plot, but unfortunately, finishes with uncertainty. The plot was in a big hurry to jump into the sequel, CAVALIER OF THE ABYSS, and ends up feeling rushed with a few loose ends. That said, a rushed ending is better than a plot that’s been dragged out way past its welcome *cough*BLEACH*cough*. IMMORTAL REGIS puts together a strong assembly of fantasy elements that come together in a compelling story.

Speaking of fantasy, ID: THE GREATEST FUSION FANTASY is a wild ride of a fantastical world. Based on the Korean light novel of the same name, this manhwa takes place on an epic scale of high fantasy world-building. Id is a boy who’s constantly mistaken for a woman due to his slim body and features. One day, he is blasted out of the sanctuary that he calls home. He finds himself in the lair of an ancient dragon who guards the immortal blade, Lamia. To both the dragon and Id’s astonishment, the sword declares Id to be its wielder. The ancient dragon decides to depart its lair and travel inside of Id, acting as his guide and companion. Thus, begins the greatest fusion fantasy in the world of manhwa.

ID, THE GREATEST FUSION FANTASY is a well-titled manhwa. It pushes the limits of high fantasy with dragons, grand magic, and all different kinds of races, from elves to orcs. The plot is no less fantastical, with trans-dimensional villains who plot to throw the world into Chaos. The art is a joy to read through, though ID’s attempts at grandiose battle scenes become an unfortunate mixture of DRAGON BALL Z and BLEACH as the series progresses. In any case, ID is a must read manhwa if you’re a lover of elves, orcs, magic, and myths.

READ: Tired of the same old cliche manga like Naruto and Bleach? Try checking out some of our favorite Seinen manga!

Ma Gangryong lives to fight. His only goal in life is to be stronger than anyone else he meets. A mysterious and shockingly powerful man saves Gangryong from a particularly brutal beating one day. His power throws all of Gangryong’s beliefs about strength into turmoil. Gangryong becomes the man’s disciple and learns the mysterious Enlightenment of Thunder and Lightning (EOTL) technique from him. Soon after learning the basics of the technique, a group of intimidating men kidnaps Gangryong. They tell him that his master is dead and that he is the only living successor of EOTL. Gangryong is taken to the school of Reunion, a secretive martial arts organization with mysterious intentions. He must fight for his life, his sanity, and the respect of everyone else at the school. He has never felt more alive.

Ma Gangryong is an unorthodox hero in a martial arts comic. He lives only to fight and become stronger. His speech is salted with colorful swearing, complemented by his crass tendency to challenge anyone and everyone to a fistfight at the drop of a dime. Even with his life on the line, he stays true to his nature. Gangryong is a refreshing MC who puts an enjoyable spin on a cliche setting. His character is well complemented by the shockingly violent traditions at Reunion, where students kill and maim each other in competitions for artificial infusions of Ki, the life energy that fuels their supernatural martial arts. If you like battle manga, you’re going to fall in love with VERITAS.

2. RULER OF THE LAND

A colorful blend of shounen action and comedy, RULER OF THE LAND follows Bi-Kwang, an unprecedented genius of martial arts with zero interest in fighting. He willingly throws himself back into the world of fighting after a nameless swordsman agrees to introduce Bi-Kwang to his gorgeous sister… who’s really just the swordsman in disguise. Thus, begins the journey of a trio of adventurers who are just two people with a lot of secrets.

RULER OF THE LAND is just pure, glorious action. The plot is barely there and character development is non-existent. It’s a giant mess of martial arts and battle scenes, and it’s awesome. RULER OF THE LAND is unashamedly cliche in its romantic development (or lack thereof) and excessively long fights. This manhwa isn’t any kind of serious reading, but it is a lot of fun.

A victim of extreme bullying, Shioon (Shi-Woon) is at the end of his rope until he meets his new homeroom teacher. Chun-Woo is a man with an impossible prowess in martial arts masquerading as a homeroom teacher to hide from the shadowy forces that pursue him. Shioon learns of Chun-Woo’s reputation as the infamous Nine-Arts Dragon and blackmails the man into teaching him martial arts. Shioon soon finds himself embroiled in the underground world of the Murim, a secret society of warriors who control Korea. He encounters martial artists with extraordinary strength and powers as he is swept up by the machinations of the most powerful fighters in the world.

THE BREAKER’s breathtaking art and fight scenes make its occasional cliches easy to forgive. Those fight scenes work together with the plot to make it buttery smooth in its progression. It introduces new elements seamlessly and blends them into the story to weave an entrancing tale of loyalty, vengeance, and sacrifice. Shioon’s growth as a fighter chasing after his teacher’s shadow is nothing wildly innovative, but it’s damn good storytelling. THE BREAKER is hands down my favorite manhwa. The best part of all? It has a sequel that’s just as awesome and twice as long. If you find yourself loving THE BREAKER, be sure to read THE BREAKER: NEW WAVES.