Adam West, infamous for his unique portrayal of Batman, passed away this weekend. West came to fame in the 1960’s BATMAN TV series. The show promoted a lighter, goofier version of Batman. West’s portrayal experienced many ups and downs over the years. Fans embraced the campy nature of West’s Batman, then turned as tastes grew darker.

Tim Burton’s 1989 BATMAN film attempted to banish the 60’s camp and return Batman to his darker roots. West was typecast as Batman. He found little work outside reprising the character in everything from TV to animation to wrestling. Times changed again, and West reinvented himself as a pop icon, appearing on multiple TV shows, publishing an autobiography, and voicing a satiric, quasi-insane version of himself on FAMILY GUY.

The shadow of the Bat never fell far from West. He appeared as a character in LEGO BATMAN and voiced the Mayor on THE BATMAN animated series. His finest Batman-related appearance came years earlier, when West appeared on my favorite episode of BATMAN: THE ANIMATED SERIES titled “Beware the Gray Ghost.”

A series of bombings rock Gotham. Batman realizes the bombings are the same as the ones from an episode of the GRAY GHOST television show. Bruce Wayne watched the show as a child but needs to find the episode again for the full story.

READ: Batman reunites with his father in BATMAN #22!

The only copy resides with Simon Trent, the out of work actor haunted by the role of the Ghost. Batman convinces Trent (voiced by West) to give him the copy, and then to become the Gray Ghost for real. The two uncover the bomber, and Batman reveals how the Gray Ghost influenced Batman’s design and methods. Trent allows the episodes to be released and is embraced by a new generation of fans.

B: TAS created a darker version of Batman. The show functioned as the opposite of everything Adam West’s Batman was. The idea of bringing West on, even for a cameo, seemed hypocritical. However, the story of Simon Trent let West give a poignant, lived in performance. Trent’s story works as a microcosm of West’s post-Batman career.

Trent begins as an actor behind on his rent, unable to pay bills, and failing even the most basic auditions. West gives the character a quiet sadness, as well as frustration. West knew those emotions well, from his years of being typecast. He draws on those emotions, creating moments of nostalgia (as he looks at his memorabilia) in addition to eruptions of anger and resentment.

West translates that anger with only a few grunts and subdued cries. That level of acting comes only from experience. B: TAS writers considered scrapping Trent for being too close to West. West took the challenge and delivered a particularly relevant performance. It is hard not to see this scene as early in West’s own post-BATMAN career — needing and hating the character at the same time. It adds weight when Trent first sees Batman and runs from him. There is no more powerful symbolism.

Trent’s turning point comes when he gives Batman the lost episode. Trent demands Batman leave, but the Dark Knight has some final words.

“I used to admire what the Gray Ghost stood for.”

The words bowl Trent over. He sees that he has become less than the character he played. As a result, Trent dons the costume to help Batman and is eventually brought to the Batcave. He marvels at the cave looking the same as the Gray Ghost’s lair. Batman then shows him a special area. 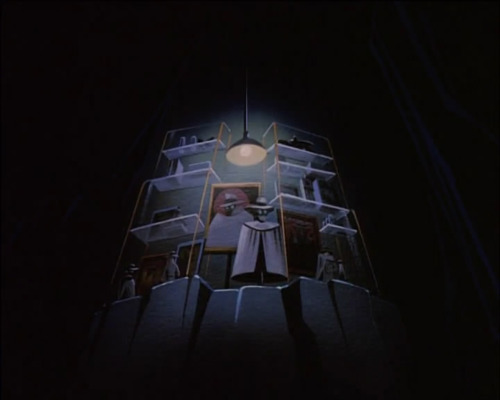 This moment is where Trent realizes the importance of his work. Batman exists because of the influence of the Gray Ghost. A television character Trent has grown to hate helped shape a force for good. Trent sums it up with simple humility — ‘So it wasn’t all for nothing.”

READ: Batman teams with a real influence in BATMAN/THE SHADOW 2!

West may not have had precisely such a moment, but hopefully, he had something similar. A fan coming to him and saying, “You made me want to help people, that is why I became a doctor, cop, or fireman.” The role consequently becomes a symbol and a source of inspiration. It allows Trent, and West, to come to accept their legacy.

West accepted Batman and became a beloved icon for fans new and old. Trent reaches the same heights, as the episode ends with Trent signing autographs for fans. It takes very little to imagine West at a convention here, happily signing awash in the love of his fans. One request brings us back to Trent, as a familiar voice rings out:

Because of West’s performance, we forget this episode features the Batman of two generations. A brief ending dialogue shows that despite their difference, there will always be respect for the past.

“You know, I used to watch you with my father. The Gray Ghost was my hero.” 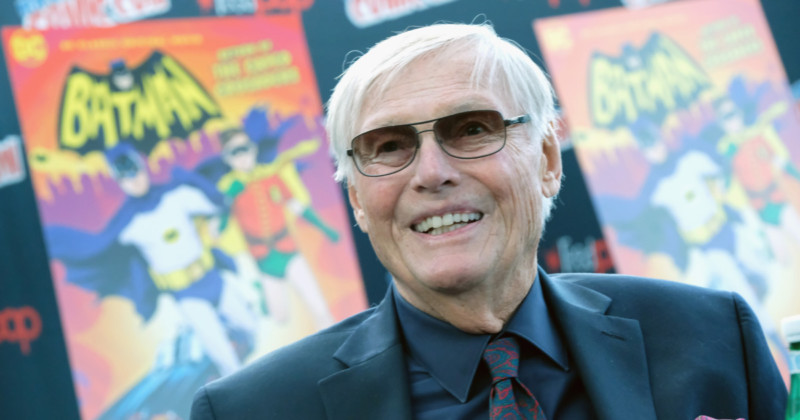 In conclusion, the inspiration to do good can come from anywhere. A teacher who listens. A doctor who saves lives. A reporter who breaks a story. While all those heroes do good, inspiration can also come from a man dressed in a wool costume, doing the Bat-Tutsi.