Marvel Comics had a lot of epic books this year — VISION, CIVIL WAR II, INHUMANS. But sometimes, an epic story loses that special touch that makes us connect as readers. They can no longer see themselves inside the pages they read. However, one book emerged this year with a team of fine hands behind it, and a message for the current generation, told by characters that echo the people of today. That book was CHAMPIONS, Marvel’s new teen team-up series that was the company’s real sleeper hit of the year. 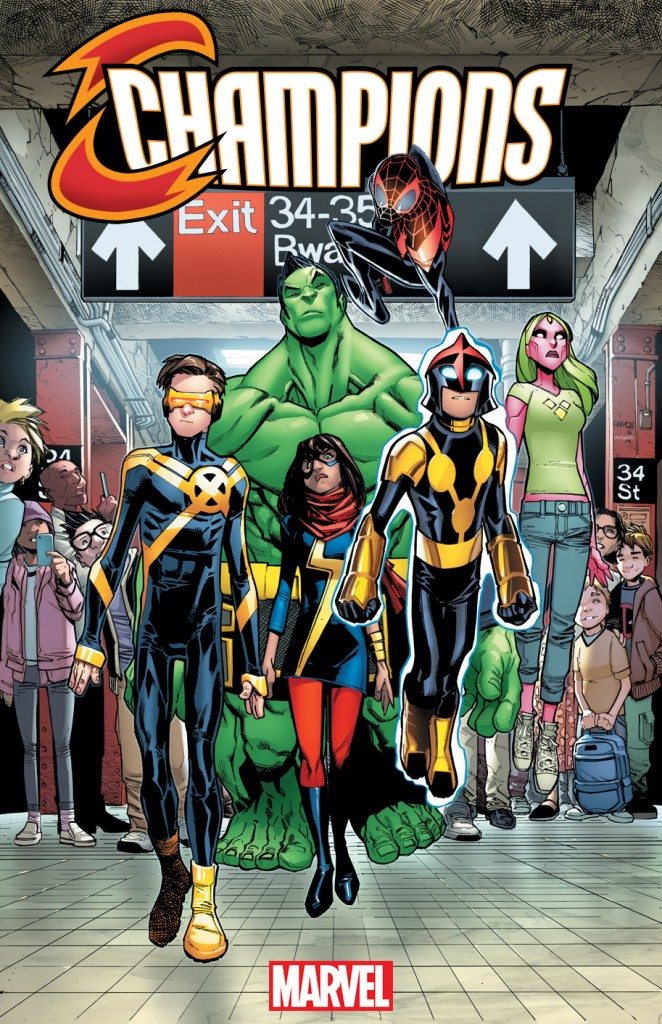 CHAMPIONS came onto the scene with plenty of names attached, writer Mark Waid channeling his work on DC’s IMPULSE to create a new teen super team. Its founding members? Nova, Miles Morales, and Marvel’s new it girl, Ms. Marvel. Their mission? To redefine being a hero in the modern world. It’s a message for any young person trying to find themselves, but even more important in today’s culture of millennials and baby boomers. Yet this is still a comic filled with humor, some teen hijinks, and no shortage of opportunity for its characters to grow. CHAMPIONS is the kind of book that can grab new readers, and not just because it has popular heroes in their own right on the cover. It might not have the universe-changing stakes of CIVIL WAR II, or VISON’s impact. But those that do take it up can find the most basic and necessary elements of the great Marvel stories: relatable heroes, a desire to be a hero on your own terms, and the struggle of that life. With these elements in place, CHAMPIONS can continue into 2017 with a strong base that might not be the next epic, but will be fiercely loved by those that do find it.