Hello, fellow manga readers. 2016 is almost over. It’s been a year of saddening celebrity deaths, one very unnerving presidential election, and so, so much more. But of course, there’s some good to make up for the bad. Manga was one of those things for me last year, as it gave me an escape from the stress and grief I felt after some of 2016’s losses. I wanted to share my Top Manga of 2016 List with you all in the hopes that it’ll make your year just a little brighter.

Readers, feel free to submit your own picks for Best Manga of 2016 in the comments below, as I’m always open to checking out something new.

Gratuitous violence. Amazing art that must take a million years to draw. Creatures that look like they came from the mind of H.P. Lovecraft. And a dark, Shakespearean fantasy story. Kentaro Miura’s BERSERK is one crazy manga.

The series revolves around black swordsman Guts, who’s on a journey to kill the man that betrayed him and his friends. As I said earlier, this involves a lot of violence, and BERSERK does this exceptionally well. You can feel Guts’ rage as he slices foes in half with his giant iron slab of a sword, with the manga’s abundant gore adding to the effect. When he fights monsters or otherworldly beings, though, it’s a slightly different experience. Guts’ rage is still part of the enjoyment, but the monsters themselves capture my attention more with their beautiful and grotesque designs. Due to its detailed art and top-notch action scenes, BERSERK continues to be a great manga in 2016.

CLICK: Going berserk? Calm yourself and check out the best films of 2016. 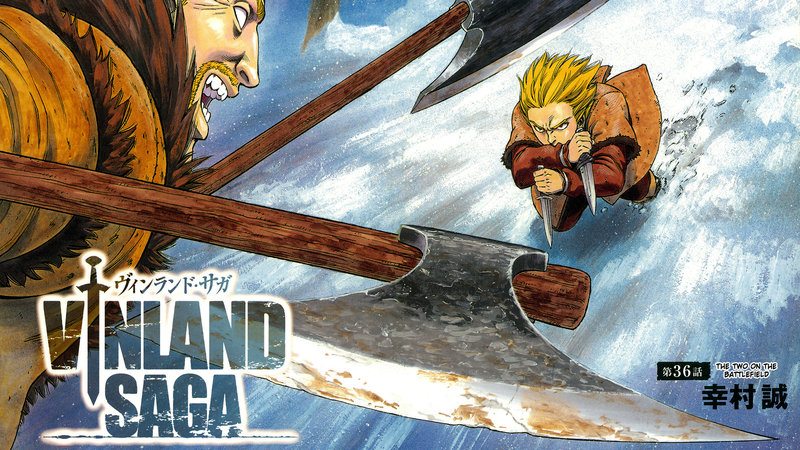 When it comes to historical epics, Makoto Yukimura’s VINLAND SAGA is No. 1. Inspired by the real Vinland Sagas, this manga features strong character development and gorgeous art that’s on par with BERSERK. The action scenes can’t compare, but are still awe-inspiring nonetheless. VINLAND SAGA’s action is more refined compared to BERSERK’s crazy hack-and-slashing.

The main character, Thorfinn, comes from a similar background to Guts, and was trained on the battlefield as a strong Viking warrior. However, he realizes that all the fighting and bloodshed is meaningless, so he chooses to become a free man, later accompanying his friend Leif to discover Vinland for peace and prosperity. Going from a cold-blooded warrior to a pacifist isn’t something done too often, which is the main reason I love this series so much.

CLICK: Interested in BERSERK and VINLAND SAGA? Read more in the Top 5 Seinen Manga of All Time!

You know the drill: do 100 push-ups, 100 sit-ups, 100 squats, and run 10 kilometers (6.21 miles) every day for three years. If you can do this, you’ll reach Saitama’s level in no time. ONE-PUNCH MAN, originally by manga artist ONE and redrawn by Yusuke Murata, continues to stay amazing and fresh in 2016 by introducing new arcs and characters, without losing the blend of action and comedy the series is known for. It still manages to perfectly parody the shonen action genre.

I first heard about ONE-PUNCH MAN through a friend, who described it as a series where “a dude punches things once and they explode.” Based on this premise, I wasn’t sure if I would like the series, but I was hooked within the first few chapters, and here we are. Even today, ONE-PUNCH MAN is by far one of my favorite action comedy titles. The absurdity of the character names and ridiculousness of the action always has me coming back for more, and I’m particularly excited to see Saitama’s next fight.