2016 was the first year in a long time where I watched multiple full seasons of anime. This year I watched over a dozen shows, and out of all of them, these four stood out the most. 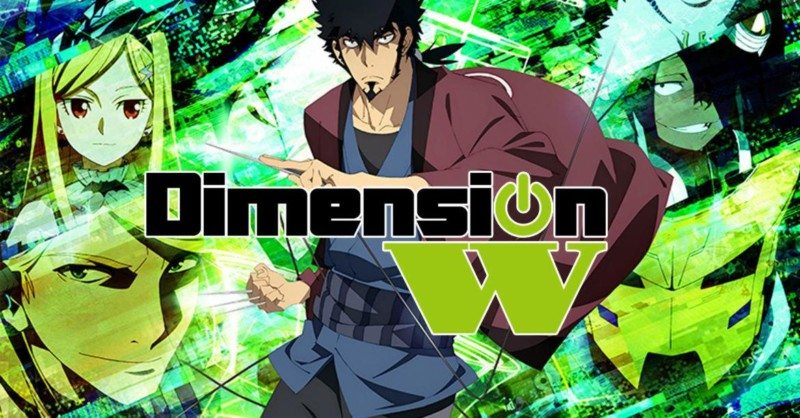 In the year 2071, the world is powered by coils that draw energy from the newly discovered Dimension W. The main character, Kyouma, is a collector of illegal coils who refuses to use them himself. I love how cool Kyouma is. He uses throwing knives, drives a classic car, and even drops some sweet dance moves in the anime opening.

Growing up, I watched Toonami religiously when I got home from school. Watching anime and cartoons I never heard of before was the highlight of my day.When I watched shows like OUTLAW STAR or TRIGUN, I wanted to live in their worlds so much. Each day bringing some outlandish adventure, but still somehow being down to Earth enough that it could be real. DIMENSION W gave me that Toonami vibe I’ve missed. DIMENSION W sucks you into its world of scifi adventure, danger, and intrigue, and doesn’t let up. 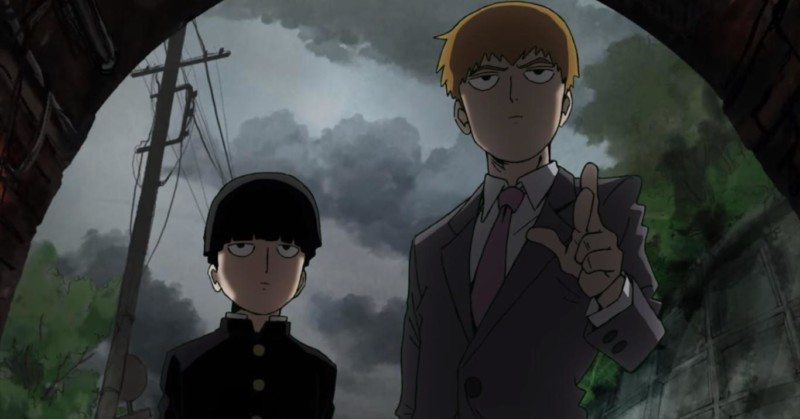 From the mind of One, creator of ONE PUNCH MAN, comes MOB PSYCHO 100. The animators have used a lot of One’s style from the webcomic it’s based on, which makes for a visually stunning series, but it’s the hilarious cast of characters that truly steal the show.

Our protagonist Mob is an incredibly powerful psychic, but he falls short when it comes to physical strength and endurance. Realizing he can barely run a city block without keeling over, he decides to join the Body Improvement Club. This decision made me like Mob a lot. His struggle to become physically stronger is funny and endearing, but him choosing to not take the easy way out was what made me really appreciate the character. I also enjoy his interactions with the Body Improvement Club’s members, and how their salt-of-the-Earth personalities contrast with the rest of the cast.

There’s also Dimple, once the leader of his own cult but now basically the mascot of team Mob. Unlike the cute characters of other shonen, like ONE PIECE’s Chopper, Dimple is diabolical and often planning to possess somebody’s body, creating an interesting dynamic between him and Mob.

Out of all these characters, though, there’s nobody more entertaining than Mob’s fake psychic mentor Reigen. He somehow manages to save face in front of his student while performing massage exorcisims and salt-based attacks. Keeping up this charade is crucial to Mob and Reigen’s relationship. If Mob found out his mentor was a fraud, he would stop taking his advice. Though Reigen may seem like a louse, his teachings keep Mob safe. This is what made MOB PSYCHO 100 one of my favorite anime of the year. Reigen always teaches Mob that no matter how much power you have, you should never think you’re better then anyone else. That is a lesson that I hope everyone who watches this awesome anime will take to heart. 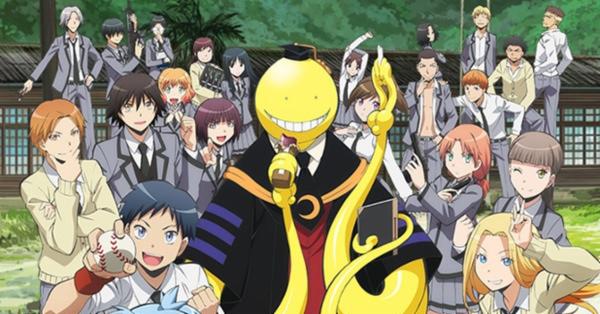 In 2016, we entered the second term of this heartwarming series about murdering a super mutant teacher. This season begins to wrap up the story of the students of Class 3-E. The mystery behind Koro-sensei finally unravels as the students come closer and closer to succeeding in their attempt to assassinate him.

As much as I love the show’s action and comedy, it’s the great characters that make ASSASSINATION CLASSROOM my No. 2 pick. I love how you get a good sense of the personalities and dreams of the students, and it’s touching to see Koro-sensei do his best to help them achieve their full potential. There aren’t many series that can make you care about a whole class of kids, including a mutant teacher who plans to destroy the world, but that’s just what ASSASSINATION CLASSROOM does. By the end of the series, all I really want is for them to be happy.

Many great anime go on for hundreds of episodes, but for a compact series like ASSASSINATION CLASSROOM, a smaller episode count is just right. I can’t imagine them being able to maintain this level of story in a longer series, and I love that the series always had an end goal in sight. From the beginning of the anime, we knew that these kids would end up killing their teacher, but after growing so close to their yellow-tentacled sensei, the question remains: can they actually go through with it?

Available on: Funimation, Crunchyroll (only Season 1). 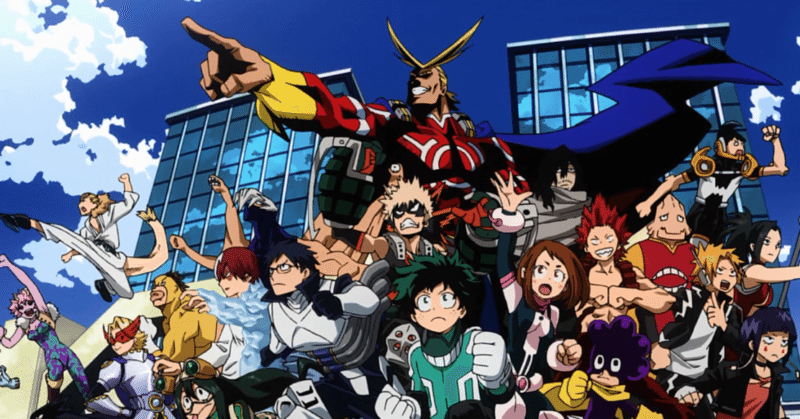 The first 13 episodes of this amazing superhero anime are heartwarming and action-packed. MY HERO ACADEMIA is a true underdog story, focusing on Izuku, a boy born without powers who wants to be a hero more than anything else. In a world where 80% of the population is born with some kind of ability, or “quirk,” this nobody had to train his body and spirit to earn his ability. Under the tutelage of the world’s greatest superhero, All Might, Izuku trained for months to inherit his quirk. This story pulls you in so much that you will want to see Izuku’s journey all the way to the end.

READ: Want to read more about young superheroes? Look at this article about the TEEN TITANS!

What made MY HERO ACADEMIA stand above the rest of 2016’s series are its obvious American comic book influences. I love how All Might is drawn in the classic superhero style, with thick inked lines and heavy shading. The heroes-in-training also attend UA High School, a place like Xavier’s School for the Gifted. Each class is about using your powers in the real world to help others, being taught by veteran Pro Heroes. From assessing power levels to rescue training, every class is focused on making these kids the next generation of heroes. As I  learned more about the students of UA, I was delighted to see how diverse their personalities and powers were. Izuku’s crush, Uraraka, is a sweetheart who has gravity altering powers. And Class 1-A’s President Tenya comes from a long line of speedster heroes. Each episode is filled with these interesting characters, but still focuses on the growth of our lovable loser Izuku. Between this new take on a superhero’s origin and this cast of fascinating students and teachers, there is no way this couldn’t be my No. 1.