2016 may have been an awful year for almost everything else, but it was an incredible year for anime. I grew up on shonen, anime or manga geared towards boys, and it’s still my favorite type of anime. For me, shonen is pure escapism. It’s all about intense battles, absurd hair styles, and people striving to fulfill their dreams. If you need a break from the real world after this crazy year, here are my Top 6 Anime of 2016. 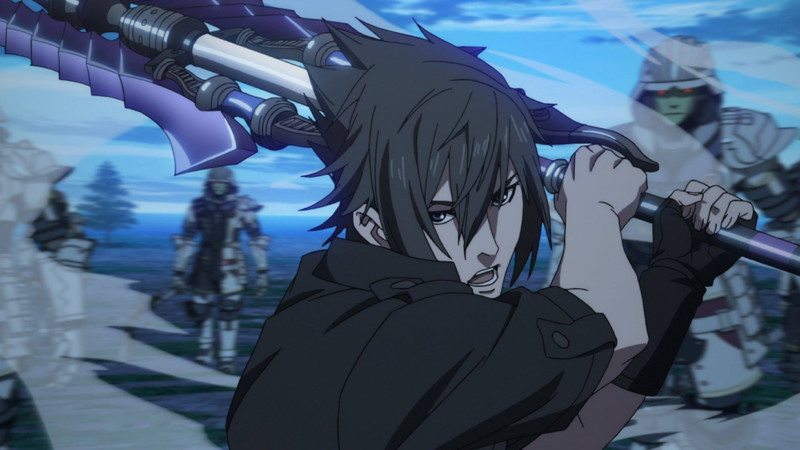 BROTHERHOOD is a tie-in to FINAL FANTASY XV that introduces us to the main cast of the game — Noctis, Prompto, Ignus, and Gladiolus. It’s short, sweet, and easy to blow through in about an hour (the episodes are 10-15 minutes each), but the reason I would recommend watching it is because of how much love and care was put into the finished product. This could have just been a long, empty trailer for a game most viewers would have purchased anyway. Instead, director Soichi Masui and producer Akio Ofuji have made a series that provides extra character depth, and serves as a wonderful introduction to the main game. The episodes do a great job displaying the relationship between Noctis and his friends, as well as doling out some sweet character moments. If you have any interest in the FINAL FANTASY series, or you love the franchise already, do yourself a favor and check this one out.

READ: Check out our deep look at one of the best anime from last year, ONE PUNCH MAN! 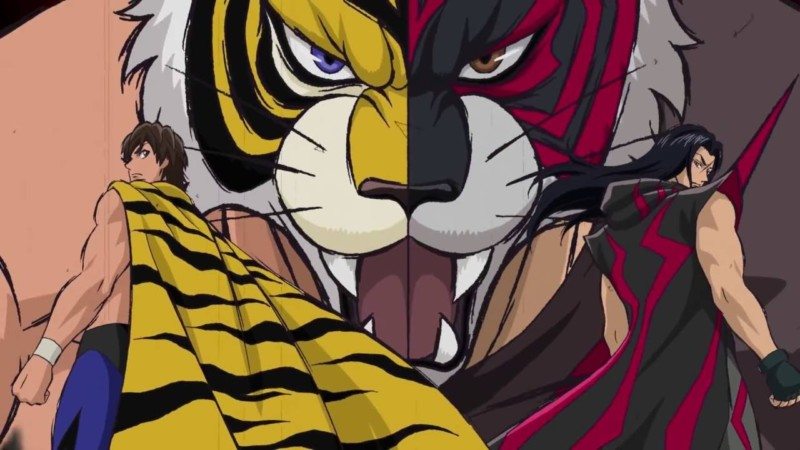 Let me be upfront here: I love vintage anime (i.e. anime from the 60s-80s), and you don’t get much more vintage than the original TIGER MASK. The series was about a loathsome heel (a “bad guy” wrestler) who had a change of heart and became a face (a “good guy” wrestler). It was a flagship series in Japan that influenced video games like TEKKEN, anime like KINNIKUMAN, and even professional wrestling. Yes, there have been wrestlers called Tiger Mask on the Japanese Pro Wrestling Circuit. Outside of Japan, though, TIGER MASK is relatively unknown.

TIGER MASK W is essentially a modern reboot of the franchise. This new incarnation follows two friends, Naoto and Takuma, who are training to become professional wrestlers. When their gym is destroyed by a rival wrestling group affiliated with the evil Tiger’s Den, Naoto and Takuma decide to take matters into their own hands. Naoto takes up the heroic mantle of Tiger Mask to challenge his foes. Meanwhile, Takuma goes undercover, infiltrating the Tiger’s Den as Tiger Mask’s notorious rival, the Black Tiger. It’s 100% awesome wrestling action with cool costumes, powerful finishing moves, and phenomenal animation that seamlessly meshes 2D and 3D. What more could you ask for?

Fun fact: The new POKEMON starter evolution, Incineroar, is based on Tiger Mask. 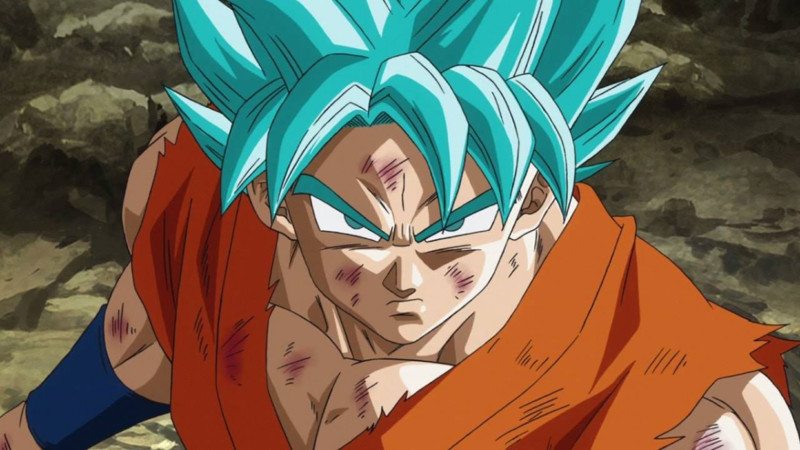 When Goku finally defeated Buu in DRAGON BALL Z, it was the end of an era. Akira Toriyama moved on to other projects, the sub-par DRAGON BALL GT came and went, DRAGONBALL EVOLUTION took a big dump on everything I loved, and the world kept spinning. Then in 2013, seventeen years after DRAGON BALL Z ended, Akira Toriyama returned to release the feature film DRAGON BALL Z: BATTLE OF GODS. It was incredible, and best of all, it ended with a promise of more to come. Well, here it is. DRAGON BALL SUPER picks up straight from where the show left off, first serializing the two newest movies, then branching off into brand new storylines. And it’s glorious. Time travel? Yep. Wacky aliens? Check. New Super Saiyan forms? Duh. A super evil new villain? You bet. You’re never too old to pretend to Kamehameha. 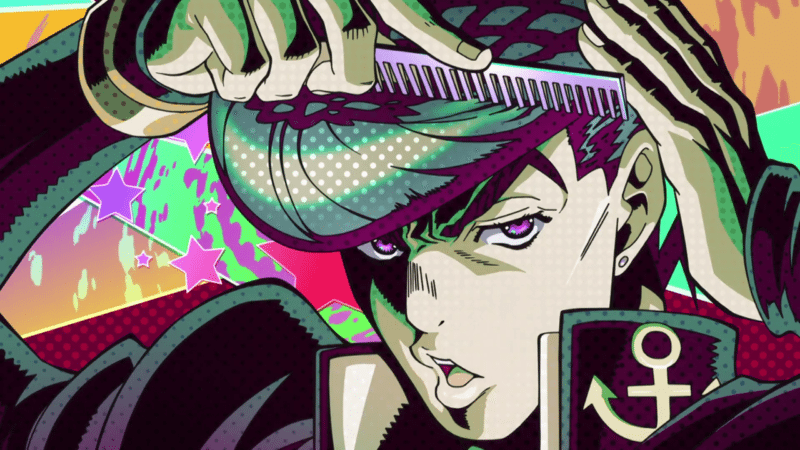 When most people think of JOJO’S BIZARRE ADVENTURE, they picture STARDUST CRUSADERS, as before 2014 it was the only entry in the multi-part series to got an anime adaptation and official English manga translation. Not anymore. In 2012, David Production began adapting the entirety of JOJO’S BIZARRE ADVENTURE into anime. 2016 saw the release of Part 4: DIAMOND IS UNBREAKABLE, and man, does it deliver. This chapter of the epic saga follows Josuke Higashikata and his older nephew, Jotaro Kujo (protagonist of Part 3: STARDUST CRUSADERS), as they try to deal with the fallout of an enchanted bow and arrow granting supernatural abilities to ordinary people, including a serial killer. If you’re even slightly familiar with JOJO’S BIZARRE ADVENTURE, you know to expect the unexpected — absurd powers, lots of blood, and of course, poses. So many poses. The best part: you don’t need to have seen the other three parts to enjoy this one. Watch from the beginning or jump right in.

As a side note, DIAMOND IS UNBREAKABLE introduces one of my favorite JOJO characters: Rohan Kishibe, famous manga author (and stand-in for series creator Hirohito Araki). He’s taken on a life of his own in spin-offs, including a starring role in the first official manga collaboration with the Louvre.

LOOK: Want to see some other choices for Best Anime of 2016? Check out Sabrina Pyun’s top 10! 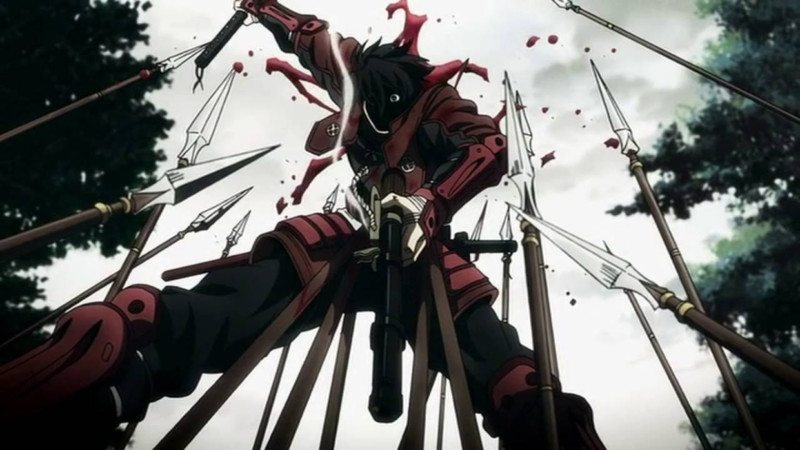 DRIFTERS is about Shimazu Toyohisa, a famous samurai who gets transported to a fantasy world after his death. There, alongside other famous historical figures, Shimazu is unwillingly drafted into a war against supernatural entities called Ends. Oh, and it just so happens that the Ends are also famous historical figures. I’m not going to go into specifics on who’s involved because the reveals are part of what makes this show so exciting, but I’ll say this about the series: it has some of the goriest, most relentless, straight up badass-est fight scenes I’ve ever seen. If super high octane hardcore fantasy is your thing, you’re required to watch DRIFTERS.

The first season of MY HERO ACADEMIA was flawless. We got great characters, awesome fights, an engaging plot, and the perfect mixture of emotion, humor, and action. One minute into the first episode, I knew I was watching something special. The feeling reminded me of the first time I read NARUTO and ONE PIECE, like I was at the doorway of an epic that I’d be following for years to come.

The world of MY HERO ACADEMIA is a pastiche of American-style comic books, occupied by superheroes and super villains with unique abilities called “quirks.” In fact, most people in MY HERO ACADEMIA have a quirk. Our hero, Izuku, wants nothing more than to become a superhero like his idol, All Might, the greatest (and often most ridiculous) hero on Earth. The problem: Izuku doesn’t have a quirk. But when an act of reckless heroism catches the attention of All Might, Izuku is bestowed with the same power he’s spent his whole life admiring. There’s so much to love here. The animation is slick, the cast of characters is diverse, and the world feels full and expansive, with inspired villains and a ton of room for interesting lore. You’re going to be seeing MY HERO ACADEMIA on a lot of “Best of” lists over the coming years. Better get a head start.