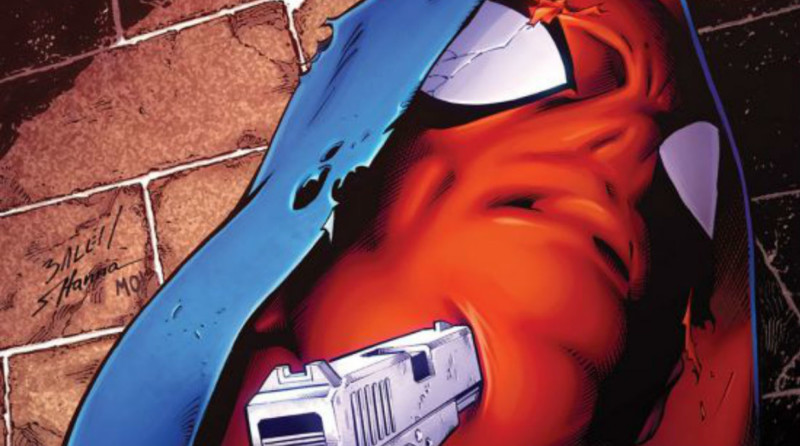 Ben attempts to discover what it means for him to be a hero in Las Vegas. He meets up with Cassandra Mercury to try and persuade her to help him. She puts up quite a bit of resistance. Ben attempts to persuade Cassandra that he has only the best of intentions for her and her daughter. He argues that he alone can cure Cassandra’s daughter of a terminal illness, despite explicitly stating for the audience he cannot. Ben treats the truth as irrelevant, something he can sidestep for his convenience. He even manages to ensure his “Aunt June” is given safe lodgings within the Las Vegas casino Cassandra runs as a show of good will. Meanwhile, Kaine Parker continues hunting the new Scarlet Spider. He refuses to believe Ben Reilly has turned a new leaf and plans to prove he will track the man down by any means necessary.

It seems like antiheroes are a dime a dozen these days. They make a series feel more mature for the young adult audience they are aimed at. Yet while these characters allow for more nuance than a teen audience might have been exposed to, there’s a fine line between a good antiheroic character and a bad one. A big reason why a character might be a bad antihero is the context of their story. Bob the Builder, for example, should not contemplate the morality of creating a structure if it’s a show for children. This type of mishap appears in BEN REILLY THE SCARLET SPIDER #2.

The character of Ben Reilly is tragic, and rightly so. He tries to do right by the world and ultimately finds himself incapable of understanding what makes a hero heroic. He’s “cool” in the sense he doesn’t play by the rules and is smart enough to use people how he needs to. Yet his jerk persona does not play off as endearing. Often times, it plays as a man using people when they are at their lowest moment. It appears as though he sees himself as more of a hero than others would credit him.

READ: Here are our first impressions of this new series here!

The characters just appear a bit too mean-spirited to root for. Ben takes after the Han Solo school of being a jerk. He uses lackluster charm and ridiculous confidence in order to win over his naysayers. He even admits at the end of the comic there’s nothing he can do for Cassandra’s daughter. Someone who was tragically diagnosed with Crooks’ disease. A disease in which those afflicted with the genetic disorder start to develop rashes and fevers, until slipping into a coma and dying before their 10th birthday. Instead of being able to help her he uses her fortunate waking up to further his own “agenda” of being a superhero.

The Needs of The Many

If Ben is supposed to be evolving into a better superhero, why does he continue to act in less noble ways? Yes, it is still early in the comic’s run. Like the beginning of CASABLANCA, the viewer despises the protagonist Rick, for he acts selfishly. This is not unlike what Ben Reilly does here. As the movie progresses, we learn more about him and start to sympathize with his antics and even root for him by the end. I believe that this transformation will happen in BEN REILLY THE SCARLET SPIDER. I need to believe it does. For now, it is a lot of set up as an unlikable character without a sign of the payoff to come.

READ: Need to know how Kaine Parker returned to the Marvel Universe? Check out our review of AMAZING SPIDER-MAN #21!

The Art in BEN REILLY THE SCARLET SPIDER #2

Overall, the look of the comic is amazing. The artists Mark Bagley and Jason Keith truly brought their A-game for this series. I really love the panel layout that makes the entire experience read like an action movie put to paper. There’s this refreshing dynamism to it that not a lot of contemporary comics have managed to capture. While the 10-year-old daughter appears a bit older than she should, all of the human figures are fantastic. They really capture the gritty nature of the comic. This happens with the semi-realistic caricatures melded in the darker background of the shady gambling world of Las Vegas. It tells the story well enough without needing to have dialogue, something that good comic art is capable of doing.

The story is in its nascent stage. There is still time for it to become as deep and complicated as it desires. Yet for now, the moral grayness of the narrative is shallow. Like the costume of the Scarlet Spider, it appears impressive on the outset yet ultimately does not bring anything exciting to the table.