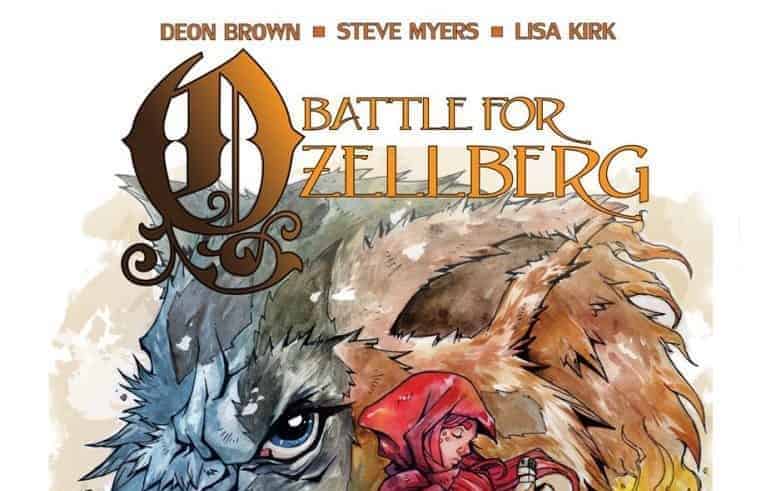 The story of Little Red Riding Hood is a story that we are all familiar with. We know how it goes, a little girl goes into a forest to take a basket to her grandmother but a wolf eats the grandmother and pretends to be her. Then a woodsman comes in and saves everyone (including the grandmother who was somehow not digested). Battle for Ozellberg is a different interpretation of that very same story. In this rendition Little Red Riding hood is a badass!

The writer expands the universe of Little Red Riding Hood in this interpretation. The characters have more depth and are well-rounded individuals. Starting with Little Red (Jaana); she’s a brash, strong-headed, sword-wielding badass! A strong female protagonist is popular this day and age (Hunger Games, Divergent, etc) so it’s refreshing to see other characters from classic literature getting remade in such an exciting way. Next is the woodsman; Little Red parents are dead and her grandmother is in poor health, so the woodsman (Holtzmann) is her guardian and the voice of reason. I’m glad that in this story they have an established relationship prior to the big bad wolf incident. It gives more of a purpose for why he wanted to save her (other than it was the right thing to do). Finally the Big Bad Wolf; although depicted in both renditions of the story as the villain, I feel more empathetic for this version of the Big Bad Wolf. His actions are fueled by the prospect of feeding his family, hard to be mad at someone when their intentions are so pure.