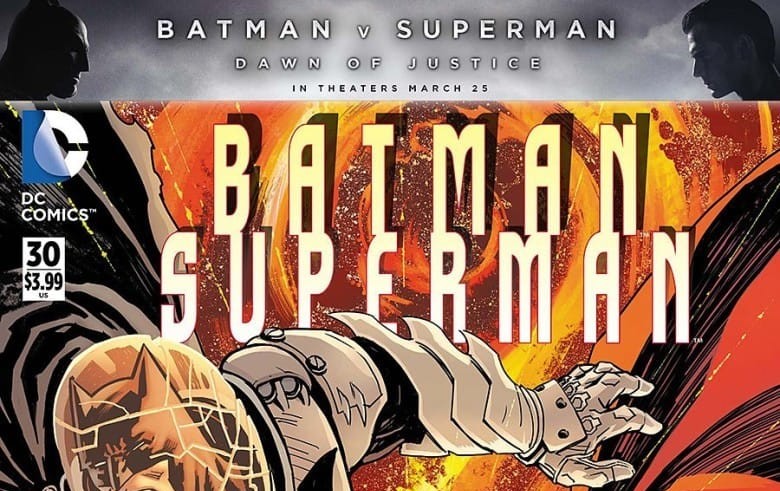 In the latest issue of BATMAN/SUPERMAN, DC writer Tom Taylor finishes his three-part story, “The Last Kryptonian.” The issue did not provide anything new or remarkable in terms of story. In fact, Taylor uses a twist that has been done in several Batman and Superman stories. Despite the use of this cliché, the issue had some memorable moments between the two heroes. Another positive in this issue would have to be the artwork by Robson Rocha. Let’s see how Taylor concludes his BATMAN/SUPERMAN “The Last Kryptonian” arc.

READ: Want to know more about Batman? Check out our review of THE CAPED CRUSADE: BATMAN AND THE RISE OF NERD CULTURE!

The best part of this comic was the characterization of its titular heroes, Batman and Superman. Superman’s light-heartedness and willingness to see the silver lining in any situation provided an excellent contrast to Batman’s serious demeanor. In this issue, Batman also showed a surprising display of character growth when he contacts Green Lantern for assistance. Only two issues ago Superman remarked that Batman never asked for help, even when he needed it. Now Batman recognizes that he can’t always complete his missions alone.

Unfortunately, what brings this issue down is the plot. There is nothing special about it. A story arc titled “The Last Kryptonian” makes you think we’re in for some backstory on Superman’s heritage or something that will impact how Superman sees himself. However, none of that was present in this issue. It was just a simple Batman and Superman story which showcased each character’s abilities and characteristics. The story was not meant to have any huge impact on Superman or Batman, but to give readers insight into how these two operated in their earlier days. A negative for me was the Superman disguised as Batman twist, as I’ve seen this twist so many times that its reveal in this comic did not surprise me at all.

While the twist felt underwhelming, the rest of the issue still featured some great artwork by Robson Rocha. Rocha’s detailed artwork really brought the scenes to life and even provided hints to the twist. Observant readers could tell the difference between Superman dressed as Batman and the real Batman just by looking closely at the details done by Rocha. When Superman was disguised as Batman, his facial features looked far less defined; Superman had the face of someone who doesn’t frown too often.

READ:Batman’s dynamic with the Robins is very different than it is with Superman. Find out just how different with our review of BATMAN AND ROBIN ETERNAL #22!

Rocha also attempts to trick the audience during the fight scene between Lobo and “Batman.” The fight scene had a red monochromatic hue to it which matched the intended despair the scene would’ve had if that were the real Batman. I also have to compliment Rocha on the scene where Batman and Superman watch the sunset with Si Bar. The way their capes fell with the sun after Si Bar deteriorated from being held in captivity for so long was simply elegant.

BATMAN/SUPERMAN #30 was a decent issue with some stellar artwork. The story itself was nothing spectacular, but the friendship between these two heroes made the issue far more enjoyable.