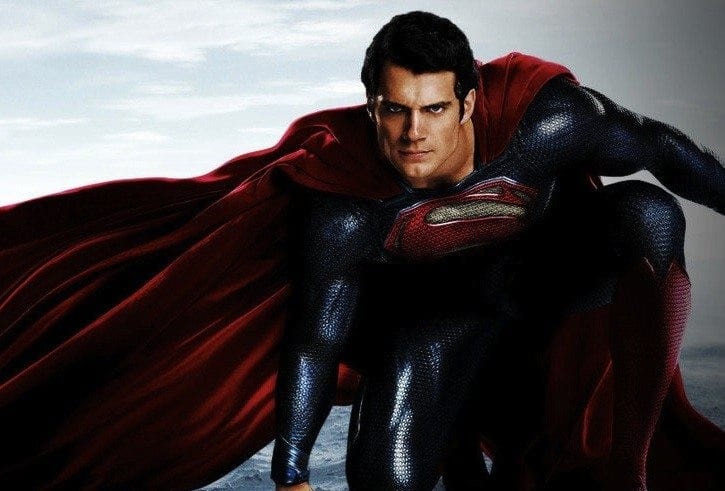 To paraphrase the first BATMAN VS. SUPERMAN: DAWN OF JUSTICE trailer, does it really surprise you that the first original (Superman Returns doesn’t count) Superman movie in decades was a topic of such controversy?

MAN OF STEEL, the first entry into the DCCU, particularly it’s ending, has been a topic of debate ever since the film was released in 2013. From the general destruction of Metropolis, to Superman’s “murder” of General Zod, a lot has been written about the excessive violence at the end of MAN OF STEEL.

Superman has become a d0-no-wrong golden boy. With virtually every superpower imaginable, Superman was created to be the perfect super hero. But look deeper than that: over time he has been crafted to become the perfect human being. An All-American small town kid from Kansas, Clark Kent was crafted to be (at least in Jerry Sigel and Joe Shuster’s eyes) to be a man to idolize. Tall, good looking, humble, great hair, smart, he is the ideal that mankind should strive towards. However, being said ideal, Superman has never been such a hotbed of controversy, until now. DC elected to take him down a remarkably different route than ever before, and I respect the hell out of them for it. As you can probably assume, I quite enjoyed MAN OF STEEL, including the ending.

READ: How has SUPERMAN changed over time?  How does he endure?

MAN OF STEEL might have done something better than every comic book movie before hand, including THE DARK KNIGHT trilogy: give the actions of these super powered characters real-world consequences. If someone like Superman were to exist, how would he act, particularly his first day or so on the job? Director Zack Snyder tried to answer this question in his film, saying:

I was surprised because that’s the thesis of Superman for me, that you can’t just have superheroes knock around and have there be no consequences.

Snyder made the film with the intention of examining what kind of effect Superman-level destruction would have on the world, so controversial or not, Snyder knew exactly what he was doing. In fact, it was because of this direction that Ben Affleck became interested in the franchise (via io9.com):

One of the things I liked was Zack’s idea of showing accountability and the consequences of violence and seeing that there are real people in those buildings. And in fact, one of those buildings was Bruce Wayne’s building so he knew people who died in that Black Zero event.

The actions and consequence of Kal-El’s arrival on earth are the primary focus of the sequel. While what DC did with Superman in MAN OF STEEL was bold, there is no question the direction they are taking him now are far more ambitious, as they will be examining Superman’s impact on both the church and the state, from detractors and supporters alike. Let’s take a look at some screenshots from the trailer and examine exactly what I mean by “the church and the state”.

Here are the opening images of the trailer, showing Superman touch down in Washington D.C. to a bevy of protest for some sort of meeting with congress:

What we have here is accountability unseen in any previous Superman movie. In fact, this might be the most realistic moment of any Superman film to date. As an American, we can all more or less picture how the government would react, and this is pretty much it. Politicians would be positioning themselves on both sides of the spectrum, both in favor and in opposition of Superman. Not to mention, at the end of MAN OF STEEL, Superman destroyed a US military satellite that was following him: another likely reaction of the US government. My point is that DC is committed to examining the hyper-realistic impact of a being like Superman. While the possibility of Superman seems far-fetched to most, the fact remains that he is an alien, and for all we know, an alien could show up on Earth any day now, so DC is attempting to take a look at what would happen to the planet if something like that were to happen. If that means sitting through a scene or two of Washington litigation and politician-speak, then so be it, because that is how it would be in the real world.

DC’s boldest move of all is what I believe to be them looking at Superman through a religious lens, another hyper-realistic approach to the character. With the interest of not offending anyone, I will simply say this: a lot of different religious groups would have a lot of different reactions to a god-like being showing up at our doorstep. Take from that what you will.

Again, let’s take a look at scenes from the trailer:

Two different scenes, yet they both portray the same image; there are people in this universe who see The Man of Steel as their savior. The first image, where he is surrounded by people who appear to be wearing “Day of The Dead” paint, are surrounding him, desperate just to get a hand on him. In the second, in what has been called a very biblical image by others than myself, is Superman coming from the light in the sky to save those in need. As I said, DC is coming on strong with the religious imagery. Between people swarming around Superman just to lay a finger on him, or him coming from the skies through a ray of light, DC was sure to make it known that they will be exploring the religious impact of a being like Superman calling Earth home. How far down the religious road they go has yet to be seen, but so far, it is clear DC will at least scratch the surface.

BATMAN VS. SUPERMAN: DAWN OF JUSTICE looks as if it is going to be an examination of the presence of Superman through multiple perspectives. On the macro-level, it will look at how Superman will effect institutions such as national governments and religious organizations. On the micro-level, the film will attempt to portray the impact his arrival has on somebody like Bruce Wayne.

It appears as if DC is trying to tear down the general conventions of Superman, only to eventually rebuild them. While rumors have reported that Ben Affleck’s Batman will be the focal point of the DCCU, the fact remains that Superman is unquestionably the leader of the Justice League, and it looks like he’s going to have to go through some hell to get there.