BATMAN V SUPERMAN: DAWN OF JUSTICE, directed by Zack Synder, made history being the first live action film to star two of the most iconic superheroes in comic book history, Batman and Superman. While watching the film it’s easy to be swept away by all of the awesome action scenes, the incredible special effects and the superb acting. However, as a reviewer I must be critical to the portions of the film found to be either superfluous or not handled as well as they could have been. Let’s dive right in!

WATCH: The final trailer to BATMAN V SUPERMAN: DAWN OF JUSTICE to get you ready for the movie

The film does a great job laying the foundation for Bruce Wayne’s hatred and mistrust of Superman’s power by showing the fight in MAN OF STEEL from his perspective. Audience members can empathize with Bruce’s feelings towards Superman, as some characters in the film also share these sentiments. In fact, many people within the film are divided in their views on Superman. However the discussion of Superman’s power and what his presence means to the world doesn’t take up as much of the film as the trailers imply. It’s definitely in the film and it’s certainly a major driving force for Bruce and Lex Luthor’s actions, but it gets overshadowed by the other stories. Speaking of the other stories, for anyone who was concerned about Wonder Woman being shoehorned into this film, she’s not. Wonder Woman is present throughout the whole film, and while she may not have a direct involvement with the main plot, she proves to be essential in branching out the DC Extended Universe.

Initially when it was announced that JUSTICE LEAGUE PART 1 would be premiering next year I was concerned that Warner Bros. was biting off more than they can chew. After seeing BATMAN V SUPERMAN I can safely say that JUSTICE LEAGUE PART 1 needs to happen as soon as possible! The seeds of the rest of the DCEU were planted in this film and I, for one, cannot wait to see them grow in future films. 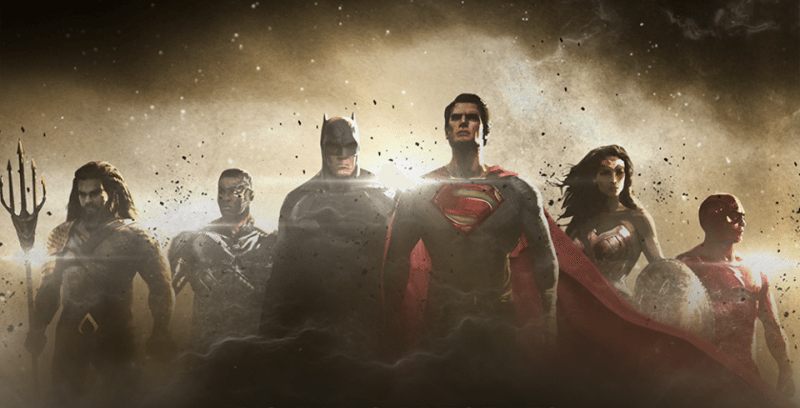 If I had any complaints about the film it would have to be the flashbacks. There aren’t too many, but there are certain ones that seem unnecessary. At one point there was even a flashback within another flashback! A further issue I have is not with the film itself but the trailers, specifically the one with Doomsday. When the second trailer for BATMAN V SUPERMAN dropped fans learned that Doomsday would be the villain that would get our heroes to set aside their differences and work together. Had that not been revealed, his appearance in the film would have made the audience lose their minds. However, fans had seen the trailer and knew of his inevitable arrival, thus diminishing the impact it would have had.

As far as the story goes, it was definitely a step up from MAN OF STEEL, which was not nearly as bad as some critics made it out to be when it first premiered. Unfortunately though, this film does take after MAN OF STEEL in terms of pacing. The first two thirds of both of these DC films follow a good pace, fast enough to get the plot moving but not too fast that the audience doesn’t have time to process. However, the final third acts of both films increase the pace so much that the movies feel like they’re scrambling to wrap up loose ends before they run out of time.

READ: Our look at some of the greatest battles between Batman and Superman

As for the directing, Zack Snyder has always been a very visual director and all his films have looked appealing. The same holds true for BATMAN V SUPERMAN, and he clearly utilized these skills when creating the fight scenes for the film. By using a series of mid-range shots of the actors and tracking shots following them as they fought, Snyder has the audience feel every blow from our heroes. The use of the zoom when Doomsday or Wonder Woman came on scene got the adrenaline pumping, making for some fantastic entrances. I also the appreciate the absence of shaky cam, making it clear that for all the fight scenes Snyder wanted the audience to be able to see every choreographed action sequence. For the scenes involving the actors talking, Snyder seemed to be a fan of close up shots to really capture the emotion of the actors.

Now for the writing in this film, it felt like the writers knew the story they wanted to tell this time around. In MAN OF STEEL the writing seemed to flip flop when determining what Superman represented and stood for. The writers this time around definitely had a lot more focus and direction. The dialogue between each character didn’t feel like it emphasized the weight of how important the situation was all the time, certain characters made jokes or sarcastic comments to add some personality to them.  The writers also clearly knew what they wanted the audience to get out of this film; to have Batman and Superman fight each other while setting up the future of the DC Extended Universe. 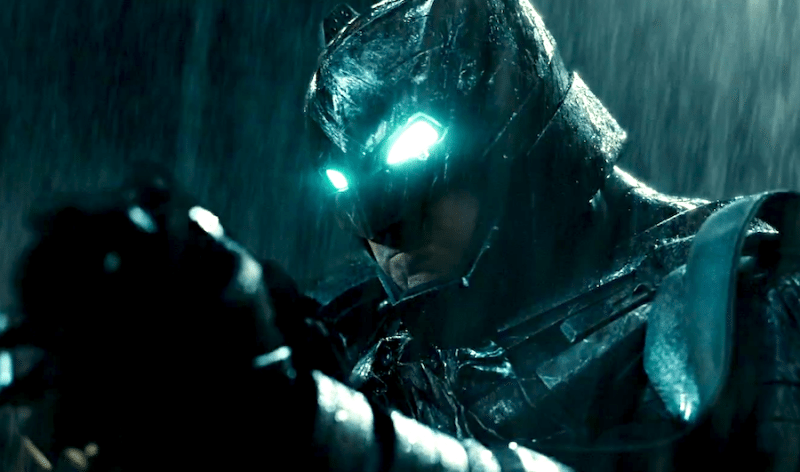 When Ben Affleck was announced to be Batman/Bruce Wayne, fans were skeptical. After several promotional pictures and trailers featuring Affleck as the Caped Crusader, most fans felt the role was in good hands. Any remaining Batfleck doubters will change their mind after seeing him in action. His fight with Superman looked like a comic book jumped out of the page and onto the big screen! I won’t give away the details of the fight, but just know it did not disappoint. As for Affleck’s Bruce Wayne, the way he contrasts the public and private Bruces is fantastic. His chemistry with Jeremy Irons’s Alfred only made me want the solo Batman film more. Many of the film’s jokes came from Alfred’s sarcastic comments towards Batman, but even Superman was more charismatic in this film. Despite the seriousness of the situation, Superman managed to throw his own brand of humor occasionally – which is more than we got in MAN OF STEEL.

Now on to the two newest characters this film introduced, Gal Gadot as Wonder Woman and Jesse Eisenberg as Lex Luthor. Starting with Gal Gadot, her Wonder Woman was both powerful and sexy – to mention she had this sense of wisdom from living for so long and seeing mankind tear itself apart over the years. Her chemistry with the other heroes was magnificent, especially in the scenes with Bruce Wayne. Jesse Eisenberg was famously another controversial casting choice for the DCEU. After seeing him in the film, I feel like this Lex Luthor is similar to Superman in MAN OF STEEL in the sense that both are just starting out and are not yet the individuals we know they are destined to become. My advice is to go in with an open mind about Lex Luthor and you may find yourself enjoying his scenes.

It’s difficult to discuss all of the comic book influences in this film without giving away some major spoilers. Obviously much of the character design for Batman in this film was inspired by Frank Miller’s THE DARK KNIGHT RETURNS. The mech suit Batman wears for his confrontation with Superman is highly faithful to the suit from Miller’s comic. During their fight, Batman uses many of the techniques employed by his comic book counterpart to subdue Superman. As for Lex Luthor, the film seemed to use the incarnation from ALL-STAR SUPERMAN in the sense that he utilizes all of his resources and intellect in an elaborate plan to kill Superman. Granted, Luthor has attempted to ruin Superman’s reputation in the past but in this particular comic he is determined to kill Superman by any means necessary. I suppose it could also be assumed that this film is influenced by the comic A DEATH IN THE FAMILY, on account of the destroyed Robin suit with Joker’s message sprayed on it.

The musical score needs to be addressed because Hans Zimmer and Junkie XL outdid themselves in this film. The ominous music when Batman is first introduced made me feel terrified. The way the music would slowly lower its volume until the camera panned over to a bat silhouette and the violins began blasting, almost made my heart jump! Hans Zimmer provided the music for Christopher Nolan’s Dark Knight trilogy and for this film he was tasked with creating an all new Batman theme. However, Hans Zimmer found it was unfair towards the theme he created for the Dark Knight Trilogy, so he brought in Junkie  to provide the themes for the new Batman. Junkie XL is no stranger to musical scores for blockbusters, having provided the music for 2015’s MAD MAX: FURY ROAD, and he does an exceptional job at creating a new theme for the new Batman. The two composers really show off their skills during the Doomsday fight scene when Wonder Woman came on the scene. The music changed to Wonder Woman’s theme and the audience cheered – not just because her entrance was incredible but also because the music really hyped you up! The transition to her theme music flowed very nicely and managed to feel like a natural transition.

BATMAN V SUPERMAN: DAWN OF JUSTICE is an excellent follow-up to MAN OF STEEL, improving on what made the previous film good and fixing the problems of the last film. While this movie did drop the ball by revealing Doomsday in the trailer, fans need not worry – there are still plenty of secrets this film has in store for you. This was a solid way to start off DC’s cinematic universe and fans will most likely love it and leave the theatre craving more DC films.