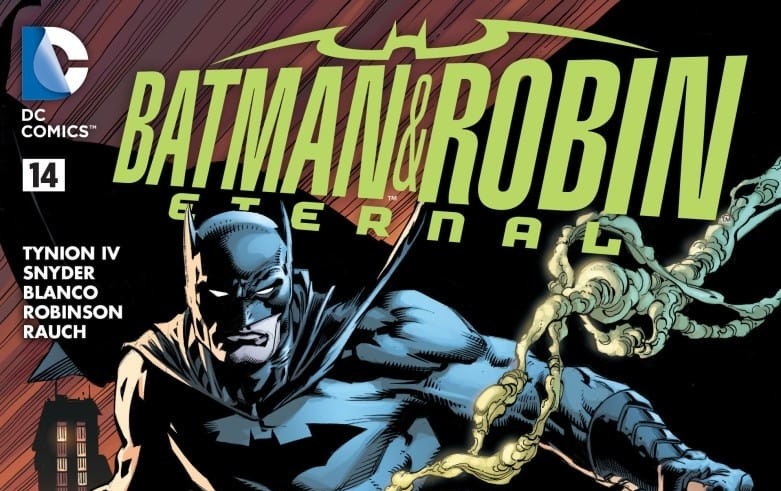 In this week’s issue of BATMAN & ROBIN ETERNAL, we find our hero joining forces with the Scarecrow. It’s also finally revealed to us what Mother’s true intentions are. This issue starts off how most of the others have: in the past, several years ago from this current point in time to be exact. The story flips back and forth between the past and present to give the reader more of an idea of “who” and “what” Mother is since, SPOILER ALERT, Batman is no longer with us.

Another important thing about this issue is that it reminds us of what Batman was. He was more than just a symbol of hope, more than a man who fought crime, and more than a reason to stand up to the bad guys. He was human, which I believe is the most important thing that we all need to remember, not just about our heroes, but also about ourselves. It’s the flaws in us that make us human, and that is what Bruce Wayne used to make himself The Batman.

James Tynion IV and Scott Snyder, who have teamed up in the past to create BATMAN ETERNAL, return to make a sequel. With different artists in each issue, just like in the original, this week we have our art content brought to us by Fernando Blanco, Roger Robinson, and John Rauch. Blanco and Robinson are credited with doing the pencils and inks while Rauch is responsible for the colors. 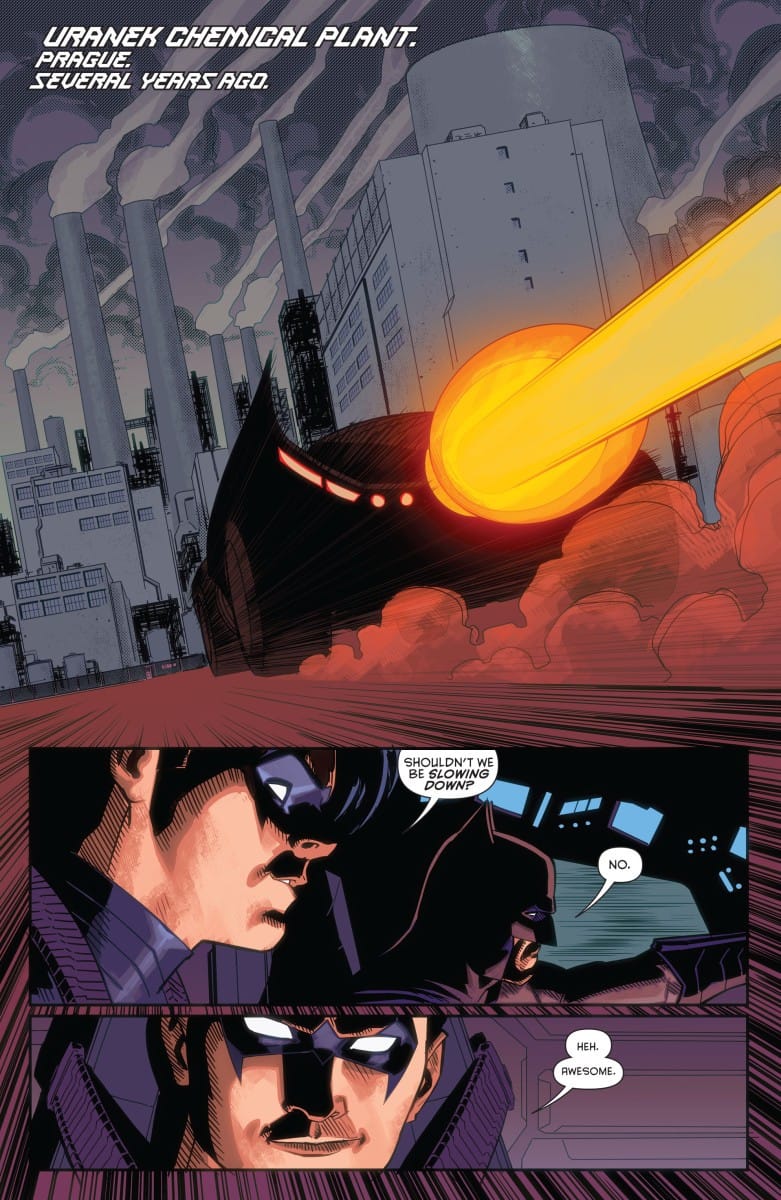 Every week, the stories keep getting better as Tynion and Snyder lure us into the world of the Bat. This week they showed an unlikely duo working together under strict circumstances- more like”you scratch my back and I’ll scratch yours” type of circumstances. Tynion and Snyder implement flashbacks as a key element in this series, as we have not seen it in the original BATMAN ETERNAL. So far by doing this, they have woven together a story that keeps the reader wanting to read, at times more into the past than they do the present or even the future.

Looking at our artists Blanco and Robinsons work, we’re given crisp and clean fight scenes that play out just as if you were flipping through a flip book. If you’re like me and have an eye for detail, then you will get a kick out of this artwork. Looking at the expressions on some of the characters faces, especially the Scarecrow’s, is stunning as these artists put a lot of thought and effort into these characters. From the way they move during a fight to the smirks on their faces, it certainly is eye candy to the reader.

LISTEN: Like reading about Marvel superheroes? Take a peek at our podcast on one of the most underrated characters in comics: Doctor Strange!

Let’s not forget about the vibrant colors that are given to us by Rauch. His colors are easy on the eyes and smooth for the reader to look at. You don’t have to look too hard at the page to see how soft his use of colors is on these tough scenes to fill in. His use of color is well respected during fight scenes when having to show blood oozing out of an open wound or even staining the characters clothing.

Also, a shout out to the cover artists David Finch, Scott Hanna, and Brad Anderson. Sometimes people just assume that the cover was done by the person who did the art on the inside, but that is not always the case. Finch, Hanna, and Anderson give a stunning visual opening to the comic by depicting the unlikely duo side by side, suggesting that something important in this issue is to occur for these two to be working together.

Overall, my impression of this issue was a thumbs-up for great story telling and a beautiful rendition of fighting portrayed through the comic book art style. What did you think of this issue? Tell us in the comments below!