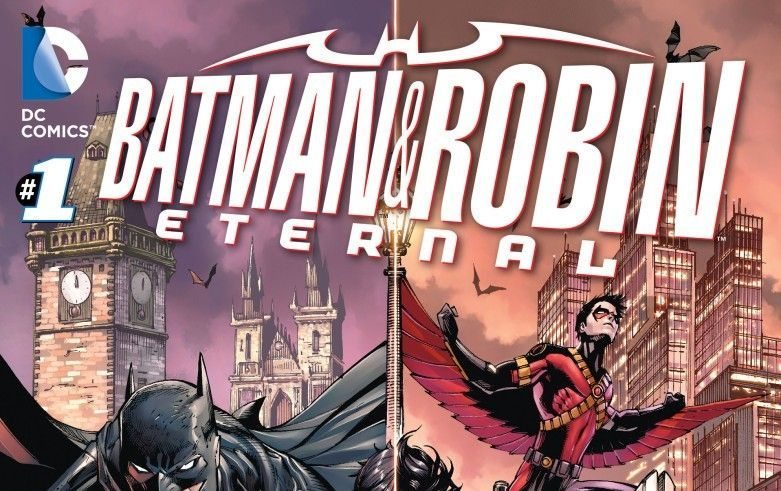 Dick Grayson returns to Gotham, but his welcome isn’t so warm!

Dick Grayson’s work for Spyral brings him home to Gotham where his case collides with Red Robin, Red Hood, and an old secret. Can Dick get to the bottom of it? What did Batman hide from him? With Bruce no longer Batman, how will Dick get answers? 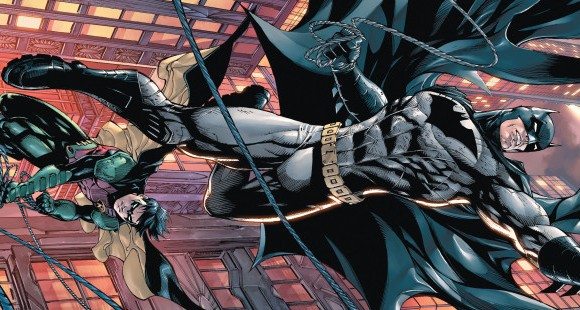 So much happens in BATMAN & ROBIN ETERNAL #1 and not all of it is worth caring about. The anticipated collaboration between this team does a great job of celebrating the history and mythology of Batman and Robin, but it doesn’t do a particularly good job of giving us a story to invest in. Given all the Batman-related titles out right now, it’s no small task to try to wrangle it all together into one cohesive story, in one cohesive title, and BATMAN & ROBIN ETERNAL #1 is mostly successful at it. Whereas events like “Death of the Family” and the like take place over all titles, this title is trying to pull different characters and dynamics and rules together into one world, one title, and it’s off to a good start. 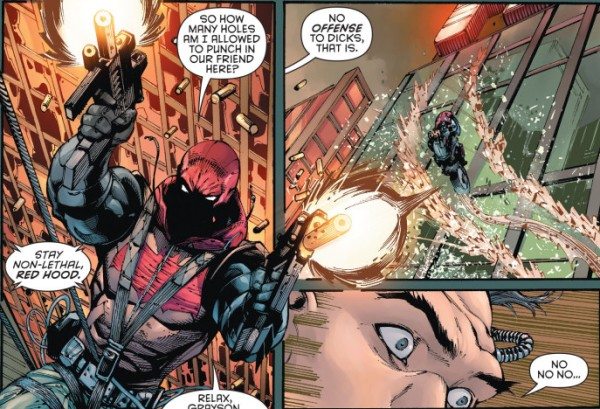 Dick Grayson is established as our protagonist, juggling his work as a spy and his sense of duty and responsibility to Gotham and his Batman-family. It’s an interesting twist on the mundane-job-by-day, superhero-by-night trope, and I actually kind of wish it was more of the story, but that’s beside the point. This is a world where Tim Drake and Jason Todd as Red Robin and Red Hood respectively are fighting crime in Gotham (along with, presumably, the rest of the Batclan) and Dick has to live in it. What starts as an exploration of a world without the Batman, where, essentially, the heir apparent, the prodigal son has returned home (an idea explored in GRAYSON #12) quickly turns into a mystery that piles reveal upon reveal (until a final-page splash that serves as the biggest reveal), threatening to collapse the whole idea under its weight. 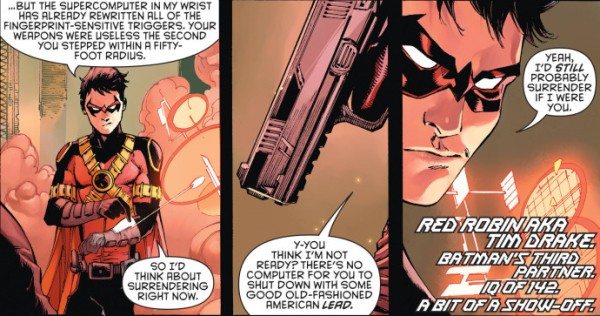 READ: CHECK OUT ALL OF OUR BATMAN-RELATED COVERAGE!

Batman is a detective. Mysteries are part of the package. I get it.  The problem here is that there’s no import. Everything just happens and we’re expected to care because it’s a story about Batman, and these guys who “reinvented” Batman are telling a story that ends with that splash page. It’s a sudden betrayal of what the issue starts out to do. It invokes Batman’s number one rule in a cheap cliffhanger. It introduces great ideas to only manipulate them into an even more manipulative plot. The ideas are there, and the execution isn’t. 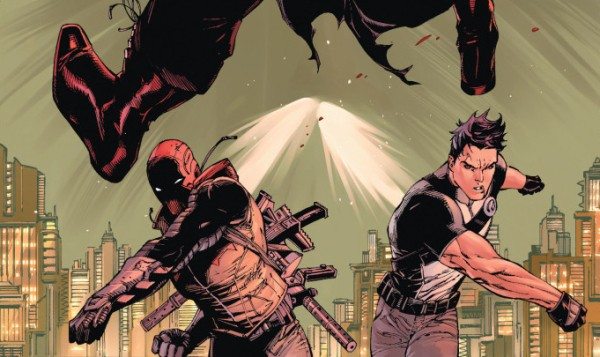 READ: BATGIRL WAS MISSING FROM THIS ISSUE, SO GET YOUR FIX HERE!

Because of that, the art is rendered almost irrelevant. It’s strong and bold and obviously crafted by people who know what they’re doing, but it’s not used to any great effect. There are moments where it saves exposition-heavy panels by giving us visual information or pretty images to help the words go down easier, but ultimately it all is just kind of pretty. The action isn’t particularly effective–kind of a problem for a title where most, if not all, of the characters are expert martial artists that solve a lot of problems with punching and kicking–especially so when said title invokes that idea for both laughs and plot-progression. There’s no physical weight to it, no sense of movement, no sense of cause and effect. It’s just a juxtaposition of dynamic poses, underscored by sound effects. Yet again, we’re expected to trust that this was a good fight because, y’know, it’s a Batman title.

I hope that isn’t the case, because there are a lot of great pieces in place. They just don’t come together to do anything particularly compelling. It’s as if everyone involved expects you to read this anyway, so they didn’t make too much of an effort to make the issue itself grab you. If you want to read BATMAN & ROBIN ETERNAL #2 when it comes out, go right ahead, but I’ll pass.