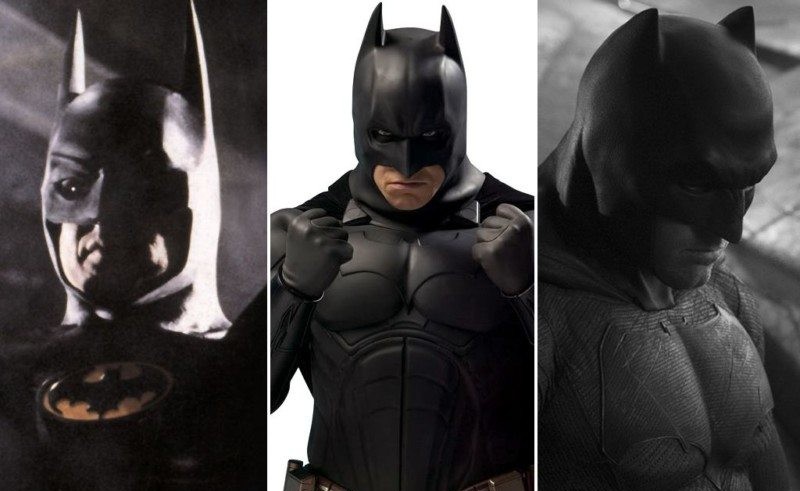 Think about what that name means to you. Visualize it in your head. Paint your perfect picture of that tall, clad-in-all-black soldier of modern justice and righteousness and see what you find. Now what do you think everyone else pictures?

Over the recent years, audiences around the world have flocked to multiple silver-screen interpretations of their favorite Caped Crusader. From the dark, harrowing, human spectacle of Christopher Nolan’s vision to the loud and brutalized cynicism of Zack Snyder’s recent (and receptively controversial) go at the World’s Greatest Detective, it’s safe to say the masses have had quite a lot to argue about in terms of characterization. Many debate the degree of realism within the stories, which usually convey the Dark Knight as a man torn by the weight of his dual purpose and identity, and whether or not it bears too much weight on the enjoyment factor. On the other spectrum, many also comment on the overwhelming sense of bleak darkness and dread, with the conversation centering on how much a particularly noir and violent Batman story can hold weight. These and many conversations have flown to and fro in the eras of Nolan and Snyder, with great emphasis being carried on those faithful, ever-standing comic purists rather than those who are more fans of Batman’s interpretations through various mediums of film and television. It’s safe to say everyone has their own favorite Batman. But one thought stands above the others almost entirely on its own accord; something bereft and almost accepted as a non-entity amongst the Batman pantheon, unless met with serious argument. This is the idea which depicts the iconic hero as a cold-blooded murderer.

Now your first few thoughts are clear in the assumed immediate reaction: “Batman a murderer?! What? Bollocks to you, and please make sure you pick up your opinions with you on the way out the door. Good day, sir, good day” *continuing to sip on a well-aged cabernet.* The idea of Batman being a violent and hard-nosed killer with little regard for the scum he cleans off the street is something that confounds and baffles even the fanatic in the crowd. The Dark Knight is pure, he has morals, he struggles to control his one rule among a sea of brutal and callous criminals who test this struggle to its very limit. His more important graphic novels and story arcs have focused on his mirror to the Joker; one a loose cannon of murder and depravity and the other a chaste figure of non-violent justice. So much of what has dictated the ebb and flow of Batman’s supreme struggle is not something entirely physical, but something long endured from the mental edge. He’s a psychological human hero, a man broken, torn by his duty and his desire to completely erase the world of filth. That is what, molded the surface of many basic Batman stories on film for the past decade, especially in Christopher Nolan’s interpretations.

So is it no surprise that once people filled the seats of their local showing of BATMAN V SUPERMAN: DAWN OF JUSTICE, they left with some serious questions to bring to their favorite Reddit forum? Considering how many criminals Ben Affleck’s Batman silences with such brutal ease and numb efficiency, the audiences can only express puzzlement and bewilderment. Ten years beforehand, they witnessed a landmark Batman film franchise that showcased their hero as a Messianic figure to be followed, not one who instills discomfort. Where has anyone ever seen this Batman before? No one has any clue where this idea for the Caped Crusader could have sprung from.

That’s right folks, have you forgotten? The franchise that started it all. The Batman series that set all other interpretations for almost twenty years. After being lost in the blazing fire of a disastrous end to what began as a seriously promising series of films, Tim Burton’s BATMAN (1989) and its sequel, BATMAN RETURNS (1991), are considered the genesis to the post-baby boomer framework of the Caped Crusader. Burton’s vision was one of gothic inspirations: cold, clammy, brooding and dark, but most of all, incomparably violent. The darkly comic effectiveness of Burton’s execution gave Batman a makeover that he would never truly wipe off, not even in the Nolan years. And most importantly, he kills the ever-loving sh** out of hundreds of henchmen.

SERIOUSLY, this is not even half a joke. Perhaps you did not notice this small detail in the back of your mind because both Jack Nicholson’s Joker and Danny DeVito’s Penguin were such vicious sociopaths that they soaked up most of the sadism half of the time. In all earnestness, rewatch these films and prepare to have your mind blown by how many men Michael Keaton’s Batman brutally silences; it will shock you.

Under such revelations, it is safe to say that perhaps a great generational gap in the years between Batman’s numerous franchises have caused mixed ideas of how his character should look and feel. Perhaps it is more within the early 2000s mindset that moral correctness is a relief in a world consumed by gray indifference. People needed a hero who, despite his temptations to lead a darker path for the sake of the greater good, stood his ethical and moral ground till the very end. That is exactly what Christian Bale’s Batman gave to the public eye, but those times have come and gone. So why now, in a year not so long after a franchise so prominent, has the mindset changed in the filmmakers’ eyes? Say what you will about Zack Snyder and his problems with quantity over quality, but perhaps he is simply trying to resurrect a time of wild risk and exciting danger. Perhaps Snyder is trying to emulate the Batman that he grew up knowing and loving: a Batman with very questionable and comically uncomfortable procedures of justice.

You see, in a post-9/11 world, the idea of something bland and overwrought with death and morally reprehensible heroes was something to be thrown away. Then, more than ever, people needed to see light in the midst of hopeless struggle. Even though the odds were overwhelmingly and disastrously inhuman, a man could stand high within his sense of right and wrong. This is what made Batman so much more iconic in the more recent years than he ever was before. Now, the times have passed, and what has seemed like only a few short years has brought forth significant emotional change across the map. The idea of “make it new,” a literary phrase geared towards the concept of modernism, has seen a bit of a resurface. With reboots of classic Hollywood franchises (JURASSIC WORLD, STAR WARS), sequels to nearly forgotten classics (TRON LEGACY, TERMINATOR GENISYS), and remakes of iconic films (TOO NUMEROUS TO NAME HONESTLY), Hollywood has revamped its style to spring forth refreshed and remodeled versions of the films of old (and not that old, really). When audiences gasp at Ben Affleck stabbing a criminal with “extreme prejudice,” have they simply forgotten the man he used to be? Did they miss him at all? Maybe many did, but with a divide such as this, it’s hard to say that anyone noticed he was gone to begin with.

Even though Batman has gone through different hands and different minds for many years, it cannot be said that he is tethered to one specific characterization, however, subtle the changes might be. He is simply a product of the world we live in; a malleable surface to which actions and reactions form his varied structure. Some people may not agree with how the results may appear, but usually those who cannot accept such change, never really saw the changes that came beforehand to begin with. If that means that watching the new Batman requires an open mind, then so be it.

Maybe that will the upcoming Justice League more forgivable. No? Too soon?