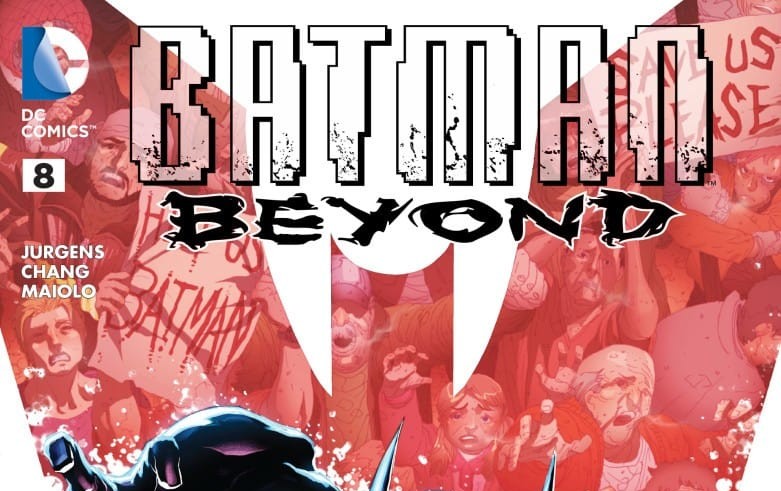 In the wake of the destruction left by Brother Eye, Neo-Gotham is on the mend as the only safe haven and getting used to the new post-apocalyptic world. Tim Drake is too getting used to filling in Terry McGuiness’ Bat-shoes. After becoming acquainted with the new suit in the previous issue, Tim is now ready to start his life as the future’s Batman.

READ: A little behind? Check out our review of BATMAN BEYOND #7 here!

Where’s Matt?! The kid has disappeared from the safest city in the world. Throughout the issue, Matt journeys to the once great city of Metropolis. Alone, but determined, he carries a power ring (can he use it?) and a gps device that gives him past information on the Metropolis, and in it, the Watchtower. As for Batman, feeling responsible, he is on the search for the young Mcguiness. On his search, Tim runs into Rewire, Micron, and surprisingly Luke Fox. Luke is no longer Batwing, but the new Mayor of Neo-Gotham with certain responsibilities Tim might not agree with. 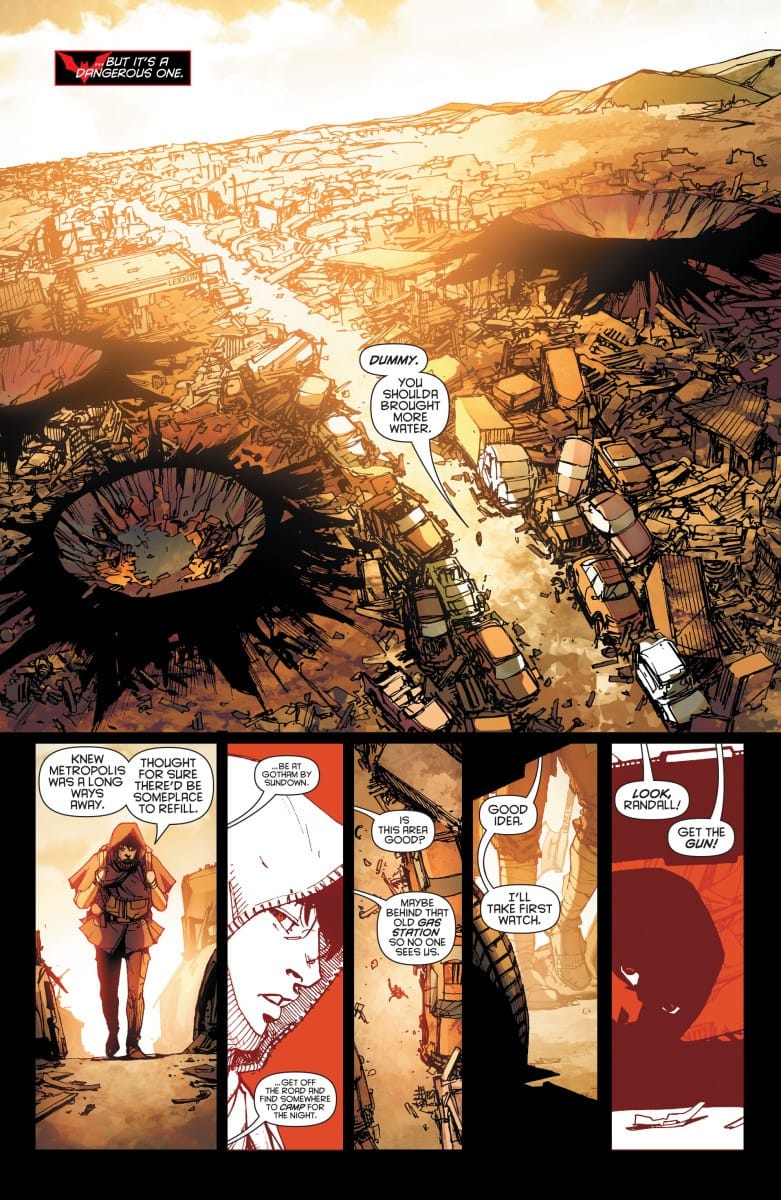 This issue is a great way to set up a new story arc for BATMAN BEYOND. The new world is well established with Tim trying to figure out who he is as Batman in it. Dan Jurgens structures the story incredibly well. He leads Batman’s search for Matt out to the edge of the city, then into the problem of refugees trying to enter Neo-Gotham for help. The hints of the evolution of the Batman suit are a nice inclusion with bringing back Batwing and, in previous issues, Jim Gordon’s Batsuit.

As for the art, Bernard Chang continues the gritty feel of Neo-Gotham. The post-apocalyptic scenes with Matt are a beautiful wasteland. The best part of the issue may be the contrast between the present day scenes and the flashback scenes as Micron recounts his experience during the beginning of Brother Eye’s attack on earth. The color work is so well done it requires a second look. 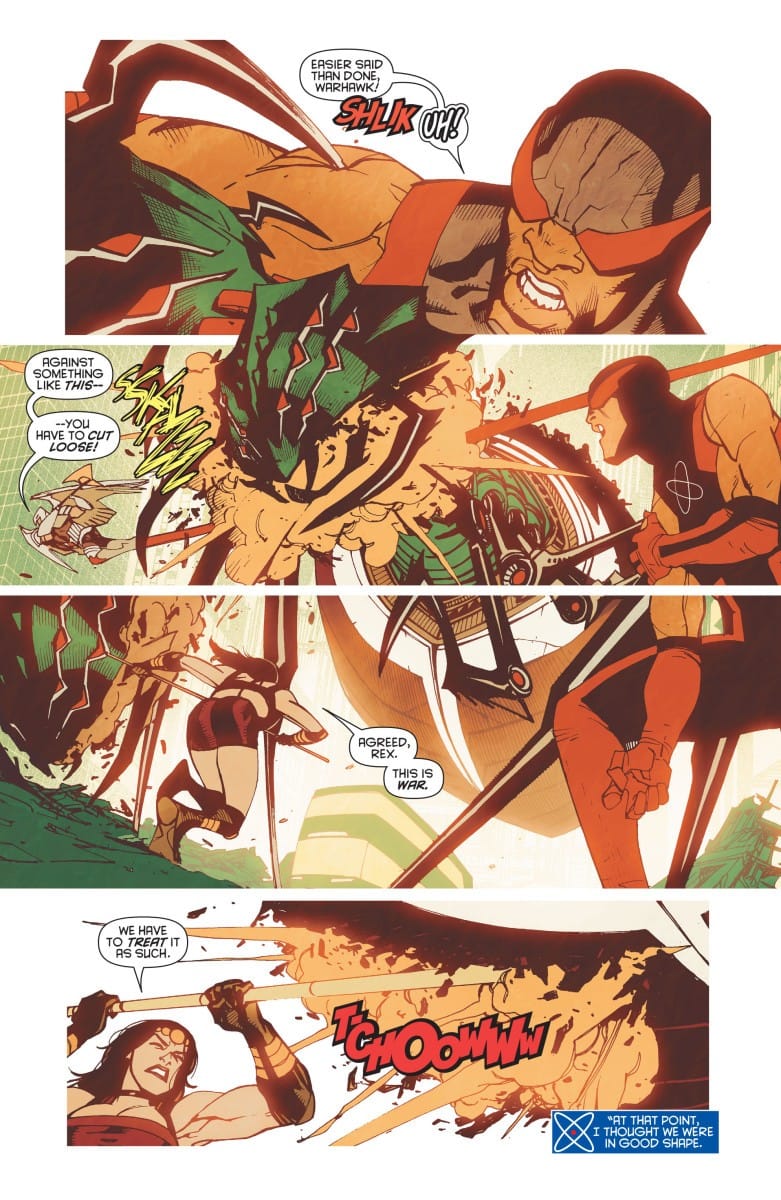 The issue does lack action, but makes up for it with its’ story. There is only a short encounter between Batman and Rewire and a god amount of war in Mircron’s flashback. I would have liked for Rewire to stay and fight instead of fleeing the fight. However, it makes more sense, since Tim is new as Batman and he probably shouldn’t be able to beat a main villain right away.

Overall, this is a great issue to jump into Batman Beyond. It leaves you wanting more. Seriously, what’s Matt up to?