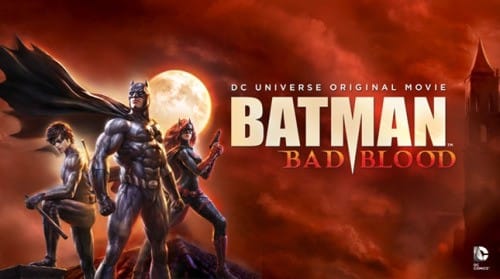 When Batman goes missing after a deadly fight with some of Gotham’s most vile criminals, it’s up to Dick Grayson to don the cowl and find him. Alongside Robin and newcomers Batwoman and Batwing, it’s also Dick’s responsibility to keep the streets of Gotham safe in Batman’s absence, because when Batman is away, the villains will come out to play. You’ll find this and more in BATMAN: BAD BLOOD!

The third installment in the Batman animated movie series, BATMAN: BAD BLOOD, made its debut digitally on January 20 and physically February 2. I believe it surpasses its predecessors, SON OF BATMAN and BATMAN VS. ROBIN. This movie contains new and never-before-seen heroes and villains such as Batwing, Batwoman, Firefly, Tusk, Killer Moth and many more. Previous DC animated films have usually based their plots off of comic books, but this movie opts instead for an all-new story. 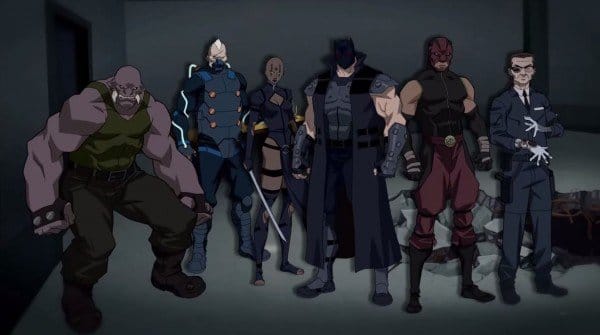 There are a lot of positives to touch on in this movie. For starters, there’s Cassandra Cain and Luke Fox. By bringing these two into the animated franchise, DC can now set up other potential movies based on some of the great Batman stories. I’d love to see the animated feature versions of BATMAN: DEATH OF THE FAMILY or BATMAN: THE COURT OF OWLS.

Another great thing brought to us in this animated feature was the fight scenes. They were smooth and flawless. Unlike previous fight scenes from other DC animated films, I could tell these ones were well choreographed, with such fluid motions with each punch, kick, and roll. The movie feels like anime in the fluidity of its action sequences—flowing easily between punches and kicks—but the animators maintain a higher level of detail during these scenes than we see in typical anime battles.

READ: Like Batman? Then check out our review of BATMAN: EUROPA #1, where Bruce goes on a European Vacation!

If there is one downside to this movie, it’s the length, weighing in at only 72 minutes, a typical length for DC animated movies. It’s unfortunate because there’s so much potential in these movies. Due to length, though, the creators are forced to rush the story, and it suffers. If these types of movies were given somewhere between 90 and 120 minutes, like an average movie gets, then DC would have enough time to tell the story while keeping it at a steady pace. Currently, some of the best fight scenes are rushed, which extra running time could improve. Hopefully, DC will expand the length of future animated films so fans feel they’re getting their money’s worth.

One personal thing I feel these recent DC animated films are lacking is the original voice actors. Ever since DC did a re-launch of their animated movies, starting with JUSTICE LEAGUE WAR, they’ve changed the lineup of their voice actors. Kevin Conroy, who’s best-known for breathing life into Batman, has been voicing the Caped Crusader for over 20 years now. Starting with the 1992 launch of BATMAN: THE ANIMATED SERIES up to his most recent outing in BATMAN: ARKHAM KNIGHT, fans of the Bat everywhere are accustomed to hearing his voice, and they love it. So why change it? Maybe it’s because DC wants to give a new generation of fans a new Batman. Still, in my opinion, Conroy will always be the voice of Batman. 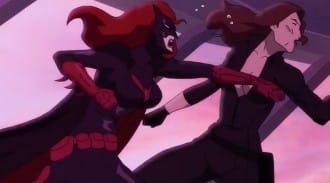 All in all, DC has done a pretty good job with these films, especially with BATMAN: BAD BLOOD. The next DC animated movie to look forward to is JUSTICE LEAGUE VS. TEEN TITANS. As for the next solo Batman film DC is bringing to viewers, it’s the famous BATMAN: THE KILLING JOKE. A release date has not been revealed, but Kevin Conroy and Mark Hamill will reprise their roles as Batman and Joker, a casting move that’s sure to please experienced fans.

LISTEN: Are you a fan of the Bat family? Check out our podcast on Red Hood!

I highly recommend that all Batman fans and any other fans of the DC animated films watch this movie and others like it. Tell us what stories you would like DC to animate! Leave a comment in the box below!