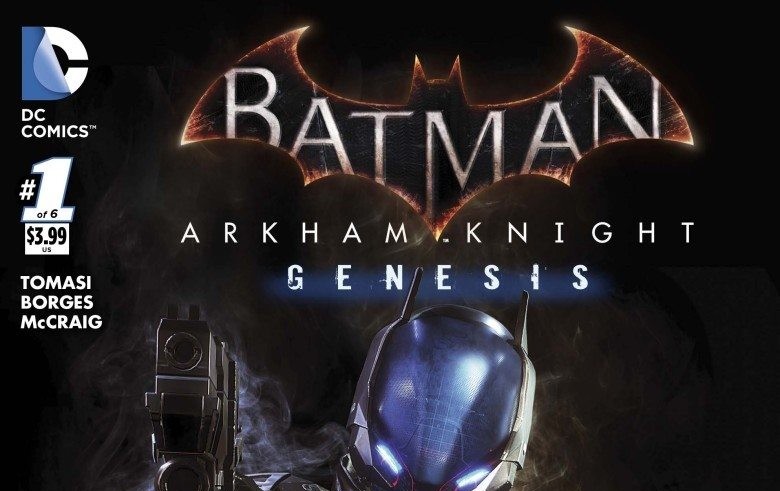 The Arkham Knight is one of, if not the, newest faces in Batman’s legendary rogues gallery. But who is he? Where did he come from? What does he want? And why does he want it? These are all questions that were beginning to be answered by the end of this comic. 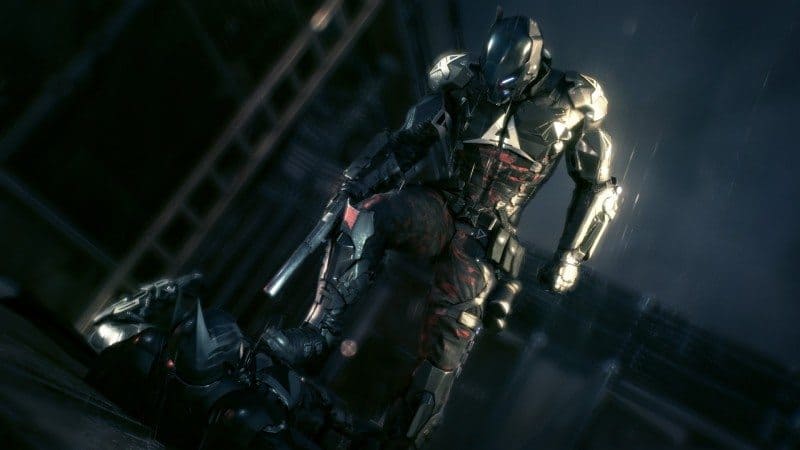 It’s tough to write this article without giving away spoilers, given the mass popularity of the BATMAN: ARKHAM KNIGHT video game. Equally as difficult to ignore, is the reaction the titular villain in that game received. This comic assumes you’ve played the game, and you know who the Arkham Knight is, given that they unmask him before they hit the half way point, and do so without any sort of dramatic introduction. Point is, I am going to proceed assuming that you know, and a spoiler is coming after this so stop now if you wish, that the Arkham Knight is none other than Jason Todd.

I have a very divisive opinion on the character of Jason Todd. On one hand, I love The Red Hood, and the problems he has the potential to create for Batman. Between his physical gifts, knowledge of Bruce Wayne, and the guilt that Bruce feels over his death, The Red Hood has the capability to be one of Batman’s very best rogues. However, the way DC has handled Jason Todd, post DEATH IN THE FAMILY, has bothered me. He’s obnoxious and whiny and immature and revenge-driven, when he should be calculated, cold, silent, and then revenge-driven. What I’m trying to say is: I think that The Red Hood is a phenomenal character, but Jason Todd’s personality just plain sucks.

With all that said, ARKHAM KNIGHT: GENESIS #1 has began chipping away at my distaste for Jason Todd. I find a lot of origin stories to be cliched and forced, however, this particularly one had a couple of truly strong moments.

The prologue begins with the Arkham Knight apparently saving Hush (one of my favorites) from the Ratcatcher, a pretty minor-league villain. Not much happens here, other than it establishes that there is either a relationship or ‘business’ deal (or both), which is something I am particularly interested in, as I feel as though the Arkham Knight and Hush can make for an very dynamic team. 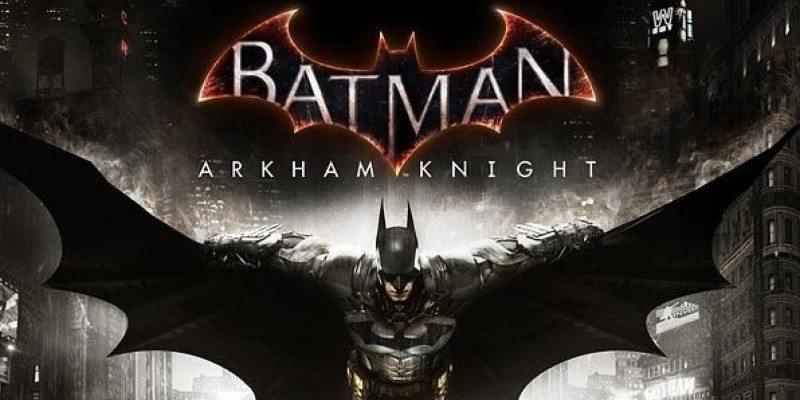 After the prologue, the story begins with the birth of Jason Todd. The depiction of Todd’s birth and toddler years were incredibly difficult. And I mean difficult in a positive way. They used some very emotional imagery and dialogue. One line which I highlighted in my notes was: “My father used to tell me when I was born, I was such a loser they couldn’t give me away.” This line added incredible weight to not only the Arkham Knight’s motivation, but Jason Todd’s as a young man.  I also enjoyed how Todd’s mother would describe the “gravity” of Gotham, which was something I had never considered before, and painted a detailed picture of how it’s civilian population feels about the city.

The story carries on through Todd’s childhood years, up until his first encounter with Batman, which conveniently comes hand-in-hand with his first meeting with the Joker. After Todd and Batman, more so the former, apprehend the Joker, he says, “Looks like I gotta go, but don’t worry kid, I’ll never forget ya. I got a thing for faces.” I thought this wink-and-nod to their future together was handled incredibly well, perfectly towing the line of emotional impact, foreshadowing, and cliché. The plot continues through Todd’s youth, including the moment he meets Bruce Wayne, which in my opinion is not only the best looking panel, but also the most emotional. What Todd says in hindsight about his first encounter with Bruce Wayne is genuinely moving. 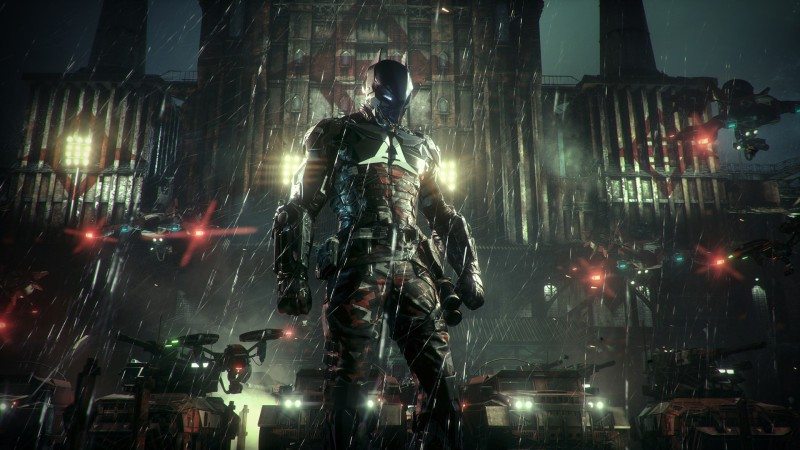 Batman eventually finds Todd and offers him a “trial run” as his sidekick, Robin. Seeing Todd be offered and then suit up as Robin should be an awesome, memorable scene, however, it unfortunately ends up being one of the weakest. As Batman tosses him Todd the suit, he says something about being “cool” that totally deflates what should be a very dramatic panel.

When the story returns to the present, Todd is seen helping Hush re-bandage his face, giving him a medicine that he created that successfully highlights how truly brilliant Todd is. The following scenes are the end of the story, a Todd monologue that shows him suiting up. His monologue is decent, but ultimately falls on the side of predictable and cliche, dulling an ultimately satisfying story. While it was certainly no disaster, the Arkham Knights final couple of lines sound like they were written by a first-time writer. Had he ended it a sentence or two earlier, I think it would have played better.

In terms of the art, while there were not any remarkably awe-inspiring or memorable panels, there were a couple of strong ones none the less, particularly the page where a young Jason Todd meets Bruce Wayne for the first time. That, coupled with a great Robin costume and a solid Joker, are the reasons I gave this comic’s art a 4/5. 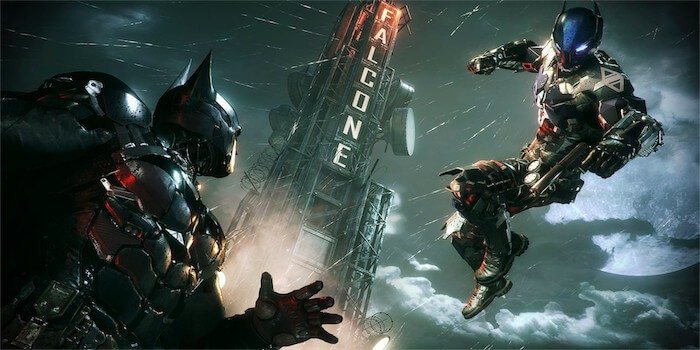 Bottom Line: Arkham Knight Genesis #1 is without question a strong opening to what looks like it may be the new, defining story of Jason Todd. Highlighting his childhood and ascension to the cape of Robin, Genesis #1 adds depth and layers to the character that the video game it is based off of severely failed to do. Had the BATMAN: ARKHAM KNIGHT video game included this telling of Todd’s upbringing, it would have added emotional layers to Todd that he truly needed in order to become a great villain. Aside from a couple of cliched one-liners, I thought this comic was wonderfully entertaining, and would highly recommend picking it up before the second issue is released.