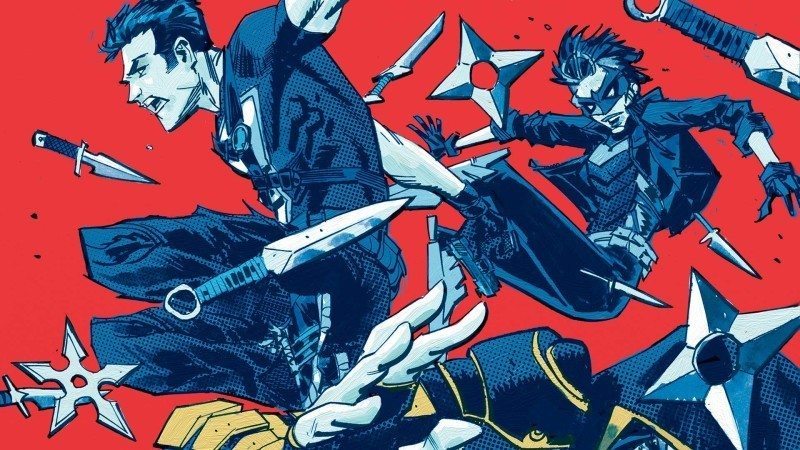 In a huge crossover that brings together basically every sidekick Batman’s ever had, Scott Snyder, James Tynion IV, and Tony S. Daniel have given us a ton of characters all under one title.  The idea of a crossover is, of course, nothing new, but this is one of the few major Batman crossovers to not feature Bruce Wayne, another notable one being BATTLE FOR THE COWL, which took place after Bruce’s presumed death.  So far, this one has had its share of ups and downs.  Issue 7, however, brings us face to face with quite an influential enemy.

That enemy is called “Mother.”  Throughout the story, we’re given many symbols for the parental relationship.  Mother and Orphan are two of these characters, and of course, one can’t help but note that all of the main characters in this story have lost their mothers.  With Mother using a sort of audio-triggered hypnosis, it seems like a pretty bleak outlook on the relationship between mother and child.  This is nothing new to the Batman stories, however- Bruce lost his own mother at an early age, and Thommy Elliot has had a poor relationship with his mother in every iteration of his backstory. 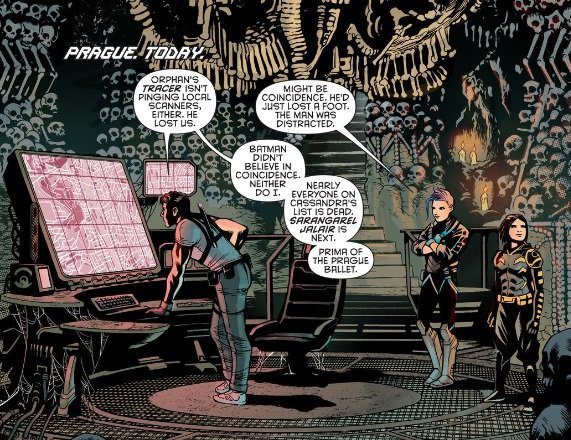 Much of this story focuses on Dick and his team trying to prevent the death of a ballerina, the Prima of the Prague Ballet.  From the Prague Batcave, Dick, Cassandra, and Harper plan their infiltration.  It’s interesting how much the Batfamily has grown and changed in the New 52.  From new characters to insane developments (GRAYSON, for example), the New 52 certainly shook things up.

The other story continues to follow Jason and Tim as they track down Mother’s agents in Gamorra.  Not much happens here, but we do get a bit more character development between Jason Todd and Tim Drake.  With Tim Drake always the straight edge, it’s cool to see him bounce off of Jason Todd’s rough personality.

READ: Our review for issue #1 of BATMAN AND ROBIN ETERNAL!

The best part of this issue is during the ballet itself.  The artist really captures the beauty of the ballet, and, more importantly, the fascination that Cassandra has with the movements.  As she is a character who speaks mostly through body language, this makes a lot of sense, but it’s a really gorgeous moment captured very well.  This isn’t to say that the rest of the art disappoints, but this was a highlight, for sure.

It’s a great issue to continue the series, but there’s little in the way of action.  If you’ve been following the series, you’ll definitely want to pick this up; if you’re looking for an exciting issue that stands on its own, then this isn’t your book.