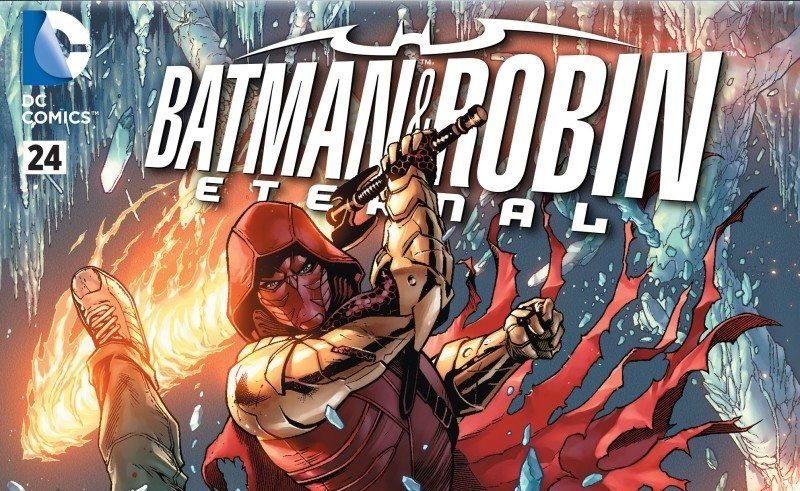 In the last issue of BATMAN AND ROBIN ETERNAL, the Robins and their allies were preparing to fight Mother’s army of mind-controlled children. It had good build-up and seemed like it was going to be getting some great payoff this week… and then it didn’t.

Instead, BATMAN AND ROBIN ETERNAL #24 offers a lot of glimpses of action from Midnighter’s monitor room, but mostly comprises of characters telling us that things have soured for Team Robin. This could have been played off more adeptly were the rest of the issue so compelling that it warranted such a lack of attention. Instead, much of the issue is focused on a conversation between Harper and Mother, which results in Mother telling her to kill an unconscious Cassandra. 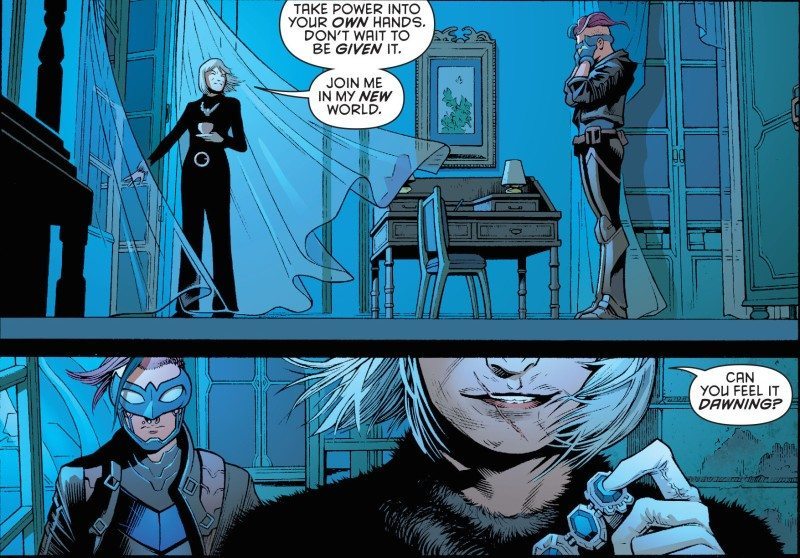 The trouble is that the focus should have been flipped. More emphasis should have been on the global fight that had been built up to last issue while having Harper and Mother’s conversation occur in the background. The problem of balance really comes down to the page count of this story. The plot has reached such a large climax that twenty pages of actual content just is not able to do the story justice. James Tynion IV and Scott Snyder have solid ideas, but they’re just a little too ambitious for a weekly book with a limited number of pages.

Still, there are good things about this issue. For starters, even though it’s only shown in glimpses, seeing so many DC characters that aren’t the Justice League working together on a global scale is pretty awesome. Alvaro Martinez’s art is also pretty solid throughout, with no noticeable gaffs across the issue. Instead of producing overly-complex designs, he knows what book he’s writing for and keeps the lines clean and easy to follow. Of course, his eye for color is solid as well. There is a wonderful vibrancy, and he seems to have a great eye for complimentary and contrasting tones, which is most pronounced on the pages featuring Azrael. 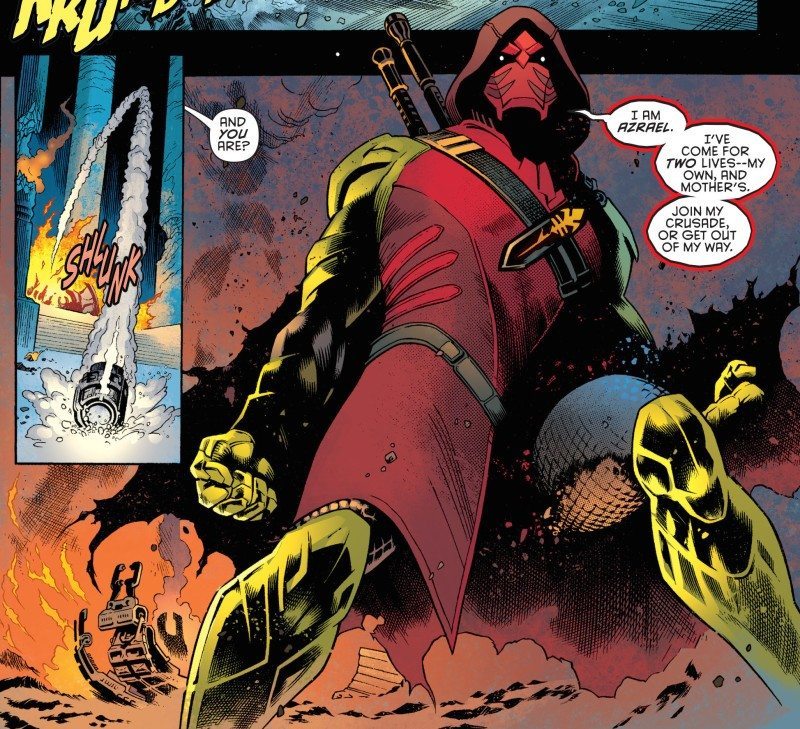 Does the good outweigh the not-so-good? I would say it’s a wash. BATMAN AND ROBIN ETERNAL #24 definitely had potential to be a great issue, but it faces the same page problem that the entire series faces. It isn’t that the concept of BATMAN AND ROBIN ETERNAL is stale or anything, the book just needs to be rethought to tell different kinds of stories. Instead of making yet another large, expansive Bat-book, DC would probably be better off using this book to tell smaller, tighter, more isolated stories. It could be a great opportunity to focus on developing each Robin more by cutting out some of the noise that BATMAN AND ROBIN ETERNAL currently has. Tynion IV and Co. are doing great with what they have, but they need to be given something else if DC wants a book that can really stand out.