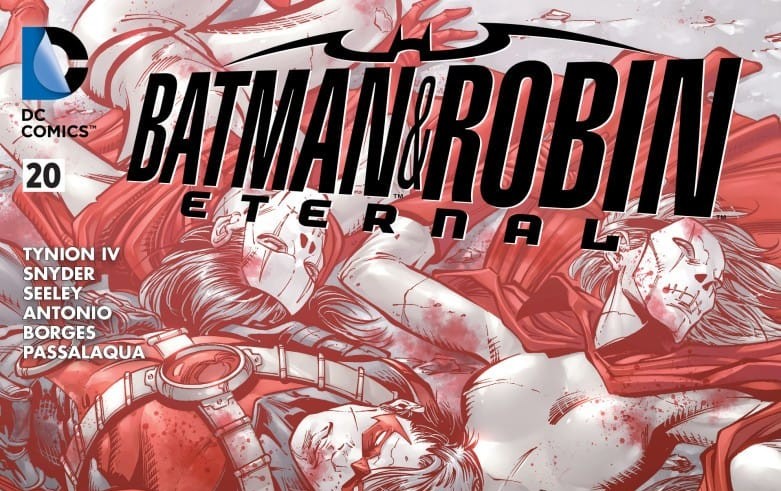 Just when things seem like they can’t get any worse for the Robins, they do. While Dick and Jason fight off Mother’s children, they also have to keep Harper from killing Cassandra. Meanwhile, Helena, Dr. Netz, and Tim make their way to the generators to try to stop Mother’s signal from controlling the students any longer. We also find out why Spyral had SOMNUS (“the evil mind controlling satellite” as described by Helena) and what Helena had planned on using it for.

READ: Miss last week’s issue? Catch up here with our review of BATMAN AND ROBIN ETERNAL #19!

Let me start off by saying this: wow. This issue had some really cool matchups. Bertinelli versus Orphan. Grayson versus Poppy. The fights were all choreographed beautifully by this week’s artists, Roge Antonio and Geraldo Borges. They do a great job maintaining the art style of the comic’s previous issues of BATMAN AND ROBIN ETERNAL. Plus, writers Scott Snyder and James Tynion IV continue their amazing run on the series. With every issue containing new and exciting twists, the writers are able to keep us enthralled week after week. 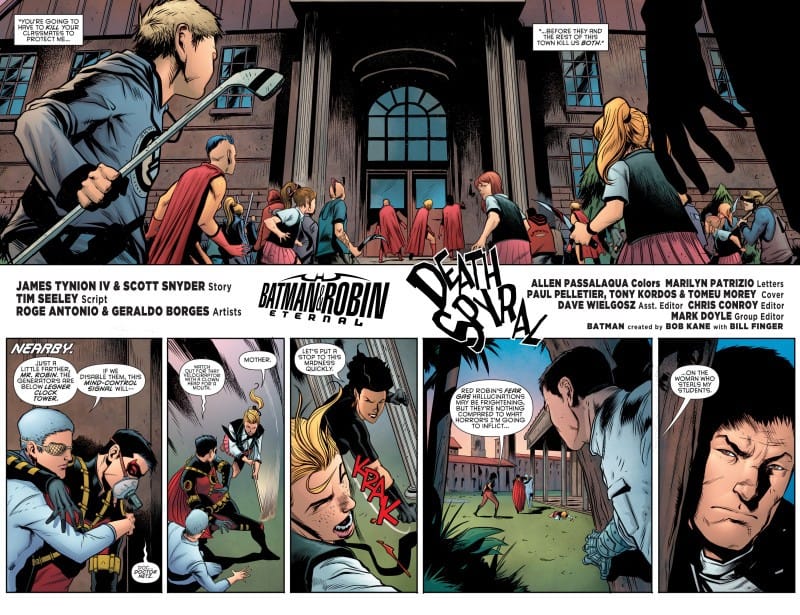 READ: Love the Batman universe? Then check out our article on Creating New Batman Villains!

Another thing worth noting about this series’ predecessor is the spin-off it launched. ARKHAM MANOR, a six-issue miniseries, spun out of the pages of BATMAN ETERNAL. The series was just okay and didn’t really stand out. I’m hoping for something more out of BATMAN AND ROBIN ETERNAL. What many fans would like to see is Harper Row, a.k.a Blue Bird, get her own series. Maybe even Cassandra Cain, formerly known as Batgirl, can appear alongside Harper. But I digress. What I really found interesting about this issue was how it dragged me in and wouldn’t let me go. I was so impressed with the way the writers went about this issue that I read it over again. It’s rare that a comic ever makes me do that. To be able to compose a story where the heroes have the lower hand then upper hand and back and forth is what keeps me coming back. You just don’t really know if the heroes will come out on top. 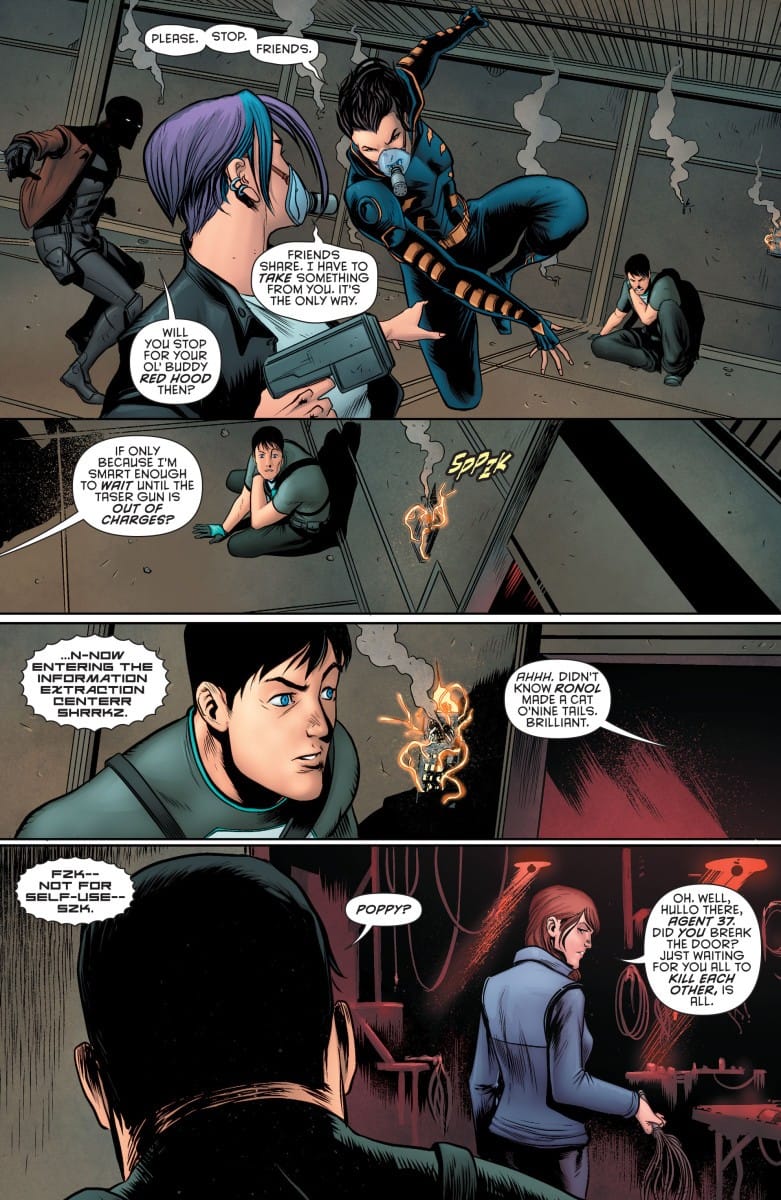 The art that goes along with this issue is phenomenal as well. It’s no easy task to put yourself in the writer’s shoes and try to depict what they’re seeing. From scene to scene we’re shown the fear and anger in our heroes’ eyes. They do everything in their power to try and not hurt the people being controlled by Mother, all while trying to stop her. The question is, though, how can they? No one wants to fight hordes of children, which is a genius strategy on Mother’s end. At the rate Mother is moving it seems as if she’s unstoppable. If only Batman were here, he would have a plan. In a way though, he is. Batman’s instilled the knowledge of everything he knows in all of his Robins. We’ll just have to have faith in Dick, Jason, Tim and Damian to put an end to Mother’s plans.

Do you think that Harper and Cassandra will get their own series out of this? Will Bruce return in time to uphold the mantle of Batman before this series ends? Tell us what you think in the comments below and make sure to come back.