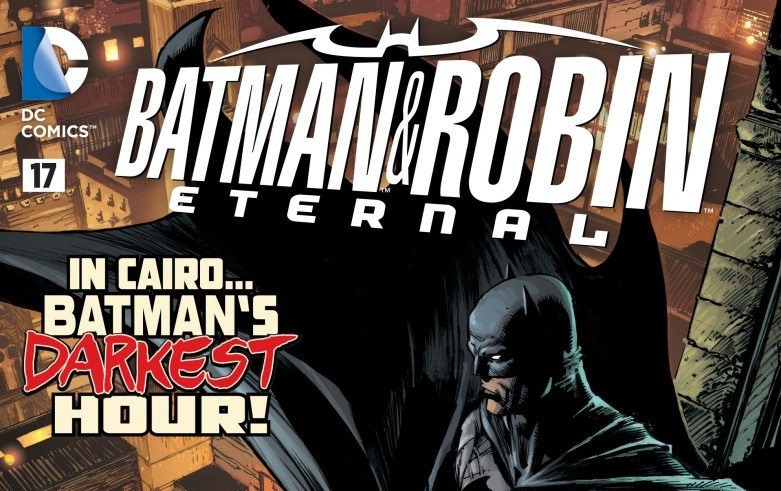 This book reminds me of why I’m a fan of all things Batman. We have a great story featuring all of our favorite Robins working together, which we don’t see too often. We also get different artists every week bringing something new to the table, plus a new foe for the Caped Crusader.

A fair amount of this story takes place in the past, explaining what Batman was doing in Cairo with Mother after Robin had left, but the creative team also gives us a really nice moment that speaks to the core of Batman’s character. During one fight scene, Orphan tells Batman that he doesn’t consider him a threat because Batman never delivers the final blow. During times like this, when Batman is confronted with the question of why he doesn’t kill, (specifically in this issue) he says, “killing doesn’t make you stronger, it doesn’t make you better. I won’t kill you Orphan, but I will make you suffer.” Batman uses fear as a form of intimidation. He believes that fear tactics are a better way to keep the monsters at bay instead of killing them. Killing makes you more of a coward than anything else, because if we continue to kill one another, then the cycle of hatred will never end.

LISTEN: If you like DC heroes, then take a listen to our podcast on Martian Manhunter!

This comic sticks out more than previous issues of the series, likely because of the art. Many of the panels don’t contain dialogue, giving readers the chance to think for themselves without having to be told what’s going on. Sometimes, when we read a good story, we get so caught up in the narrative that we don’t stop to take the time to appreciate the art. 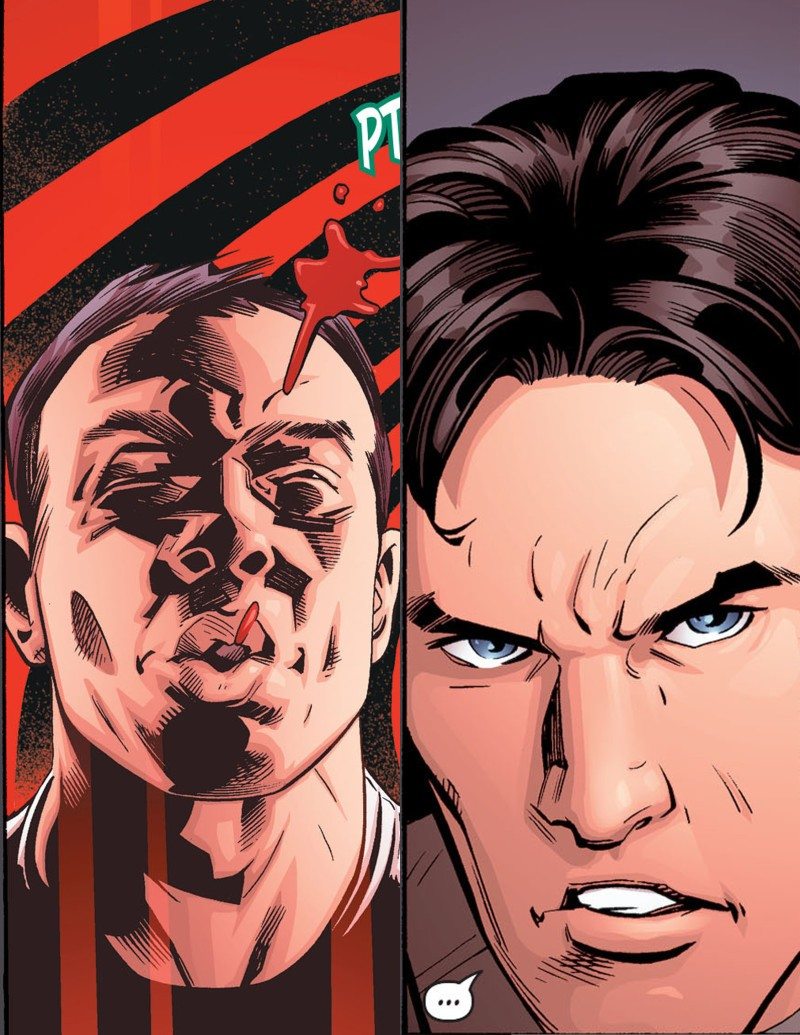 The meat of this story takes place in Cairo several years ago, when Batman was working with Mother and Orphan. The cover tells us that we’ll finally observe Batman’s “darkest hour.” But, think about it: Batman has died and lost people he’s loved, and he makes the tough decisions that no one else can make. There’s no way this is Batman’s darkest hour. 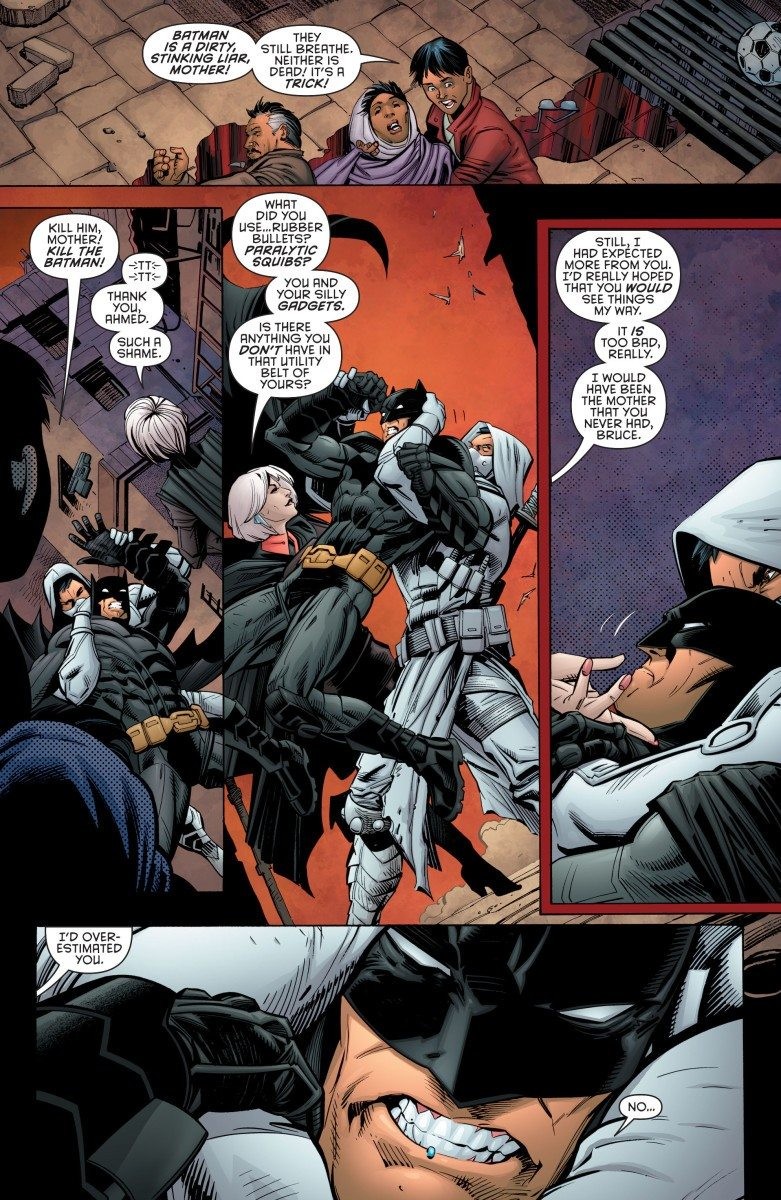 Regardless, BATMAN AND ROBIN ETERNAL keeps getting better with each week. With Scott Snyder and James Tynion IV continuing their amazing run, this week’s newest artists are, Scot Eaton (penciller), Wayne Faucher (inker), and Allen Passalaqua (colorist). These artists come together to deliver a well thought-out story that would make any Batman fan happy. All of the artists and writers who have worked on the series so far have done a marvelous job of presenting the Bat the way he should be seen: as a symbol of hope, a nightmare to criminals, and the hero that not just Gotham, but the whole world, deserves.

READ: Want more Batman? Take a look at our review of BATMAN #48: “Garden of Evil.”

So far, the story has been moving along at a good pace. But a lot of questions remain: Where is Batgirl? Where is Damian? Where is the new Batman, Commissioner Gordon? In the previews for BATMAN AND ROBIN ETERNAL, we were given a glimpse of these three and the other Robins fighting Mother’s subordinates. I’m sure the rest of the Bat-family will come together, but we’ll have to wait a little longer.

Now, with all of the Robins coming back from their reconnaissance missions, will they be able to formulate a plan to stop Mother? Will Grayson and the other Robins be able to get the info that they need out of Orphan? Tell us what you think in the comments below. And come back for next week’s review of BATMAN AND ROBIN ETERNAL.